You are at:Home»News & Current Affairs»Everything you need to know about how a government is formed if there is a hung parliament
Social share: 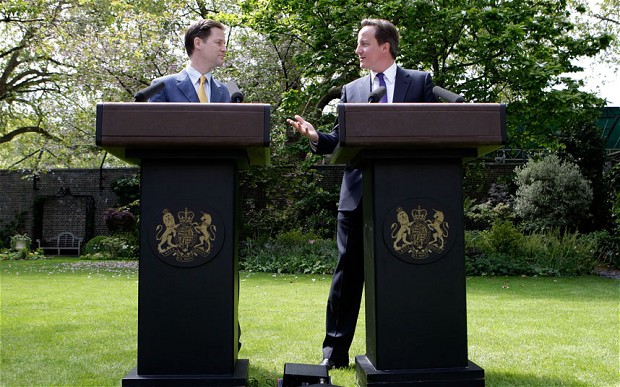 After Polling Day on May 7 2015 there will be 650 MPs elected to Westminster. What numbers do Cameron and Miliband need to form a government? We’ve distilled the Guardian explainer piece by Joe Henley So here we have it for you:

To form a government an Executive or government has to have support of 326 MPs.

If no party achieves and an overall majority the leader with the larger number of MPs does not automatically form a government.

The party leader capable of garnering the required number of MPs regardless from where they come could form the new government. This is the key point.

As the polls stand now, Ed Miliband is more likely to form a government with the assistance of SNP, Plaid Cymru, SDLP and Greens.

Miliband based on a neck and neck finish would have 333 MPs as opposed to Conservatives, DUP and Ukip, Lib Dems with 311 MPs.

As soon as the final result is known [on May 8 2015] or, in all probability, rather earlier – the negotiations will begin. The goal, quite simply, is to assemble an alliance in parliament that, in crucial votes when the chips are really down, can count on the backing of at least 326 MPs.That alliance takes one of two main forms.”

It can be a formal coalition, such as the one between the Conservatives and the Liberal Democrats that has governed the country for the past five years.”

In its other form, decisions are rather less pre-cooked, the party whips busier, and the business of government rather more faltering. This is a minority government in which a larger party that does not have an outright majority strikes informal “confidence and supply” agreements with one or more of the minor parties.”

This may, famously, be the most uncertain British general election in generations. But according to almost every pollster, it is highly unlikely that either Labour or the Conservatives, currently pretty much neck-and-neck in the Guardian polls average, will win an outright majority of 326 seats.

That will oblige them to seek an alliance if they want to govern. Right now, Labour looks to have more options when it comes to reaching its crucial 326 seats, and as such, to be better placed, if only marginally: if the election had taken place last weekend, a possible “anti-Tory” alliance of Labour, the Scottish National party, Plaid Cymru, the Greens and the SDLP would have totalled 333 MPs. A “pro-Tory” bloc of the Conservatives, Liberal Democrats, Ukip and the DUP, on the other hand, would have managed only 311.

But an awful lot can still change between now and 7 May. And while most experts see a minority government as a more likely outcome than another full-blown coalition, nailing those more informal agreements down is inevitably going to be a complex, difficult and deeply fraught process.”