You are at:Home»News & Current Affairs»Opinion»“‘Equality’ is Godless Communism by the back door” declares Jamie Bryson
Social share: 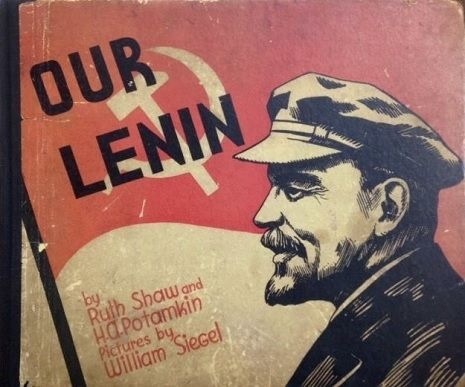 ‘Equality’ is a word that has gripped the political landscape, both in Northern Ireland and the Republic of Ireland, in recent years. It has been used as a pin up word for various causes and campaigns, but what does it really mean?

Is it a process, in which case it has a beginning and an ending, an ultimate trajectory – or is it a political/civic position that is continually evolving and taking on an ever broadening and widening meaning? When does it apply and when does it not apply? Can it be used by everyone to justify anything that makes them ‘feel happy’ or if not, then who is the judge of when equality applies and when it doesn’t?

If equality means that every person is equal, whether they are in a majority or a minority, then who appoints the judge of what falls under the banner of equality and what doesn’t, and what gives the appointee the right to select the judge, let alone the judge the right to judge?

The above paragraph lays bare the problem with equality. It has no boundaries, no parameters and ultimately it is a self-corrosive doctrine.

The banner of equality is usually adopted by a minority group seeking to change a law so as they can do what ‘makes them happy’. That is what equality is at its core. It is ensuring that anyone can do anything that makes them happy and not be treated any differently because of it.

Equality is a left wing phenomenon. It is a buzz word for the ‘Left’ and as such it attracts a wide range of people, especially young people, who latch onto various different causes for the crusading principle of equality. There is of course one problem – equality is a rampaging lion with no principles at its core because by its very nature it is the doctrine of eroding principles and morals, of breaking down society’s moral fibre. It has no base point from which to work – essentially it is a doctrine built on rapidly shifting moral sand. It is Godless communism by the back door.

The nature of equality demands that everyone tolerates everything, as long as it fits comfortably within the rapidly expanding notion of equality. If you take a stand on conscientious, religious or principled grounds then you are ‘phobic’ of whatever it is you oppose. Oppose gay marriage and you are automatically ‘homophobic.’ Oppose Islam and you are ‘Islamophobic.’ The list is as endless as it is illogical.

Equality demands that everyone conforms or else you are ‘phobic’ – agree or you are guilty of a ‘phobia’ – but what of those who take a conscientious stand for sincerely held principles or morals – are those who oppose those religious or moral ideals immune from being ‘phobic’. Those who support gay marriage and detest Christianity are never labelled ‘Christianphobic’, why not? If the doctrine of equality applies across the board then it must label everyone, who disagrees with anything, as ‘phobic’ of the subject upon which they hold a dissenting view.

Even the most elementary child could identify the illogical and self-defeating thread running throughout the core of that argument but sadly many seem to be blind to the illogical nature of this ‘equality agenda’, swept up in the tidal wave of sheepish public opinion, where conformity is demanded and dissent is isolated. In essence those who preach tolerance are so intolerant of differing views that they isolate and label dissenters from their own views as ‘phobic’.

The equality agenda is rampaging forward and crushing all in its path, picking up more varying and questionable causes along the way, but because of the very nature of equality it can exclude no one, so if anyone wants to do anything that they claim makes them happy, then they are welcome under the banner of equality. They are welcomed into the army of equality crusaders. At the moment the equality agenda is going after causes such as gay marriage an emotive subject and it is gaining traction, but what happens when the obvious and emotive causes have been won?

What happens when Christian principles have been crushed, when moral and traditional values have been trampled underfoot by the equality agenda? What happens then to the victorious equality army? It is simple, it will turn inwards because the only logic outcome is that it will self-corrode because eventually a minority group will seek to promote a cause under the name of equality and those who have been the champions of equality will question in their own conscience whether it is morally just to support such a cause, but what gives them the right to do this? Didn’t they argue all along that everyone is entitled to equality, but that’s an easy argument to make until such times as your own conscience is pricked, and then what happens?

Do the champions of equality, at that point, decide that in all conscience they cannot support a particular cause, but how could they, because by the very nature of equality the whims of any minority or individual must trump conscience or traditional and moral values.

At this point the revolution will begin to unravel and like hungry dogs all those who once stood shoulder to shoulder under the banner of equality will devour each other. The sand under their feet will slip and equality will become the equivalent of a group of school children with a machine gun.