You are at:Home»News & Current Affairs»Opinion»Will policing accountability end up hostage to political and security veto in Republic of Ireland? By Ciarán Kearney
Social share: 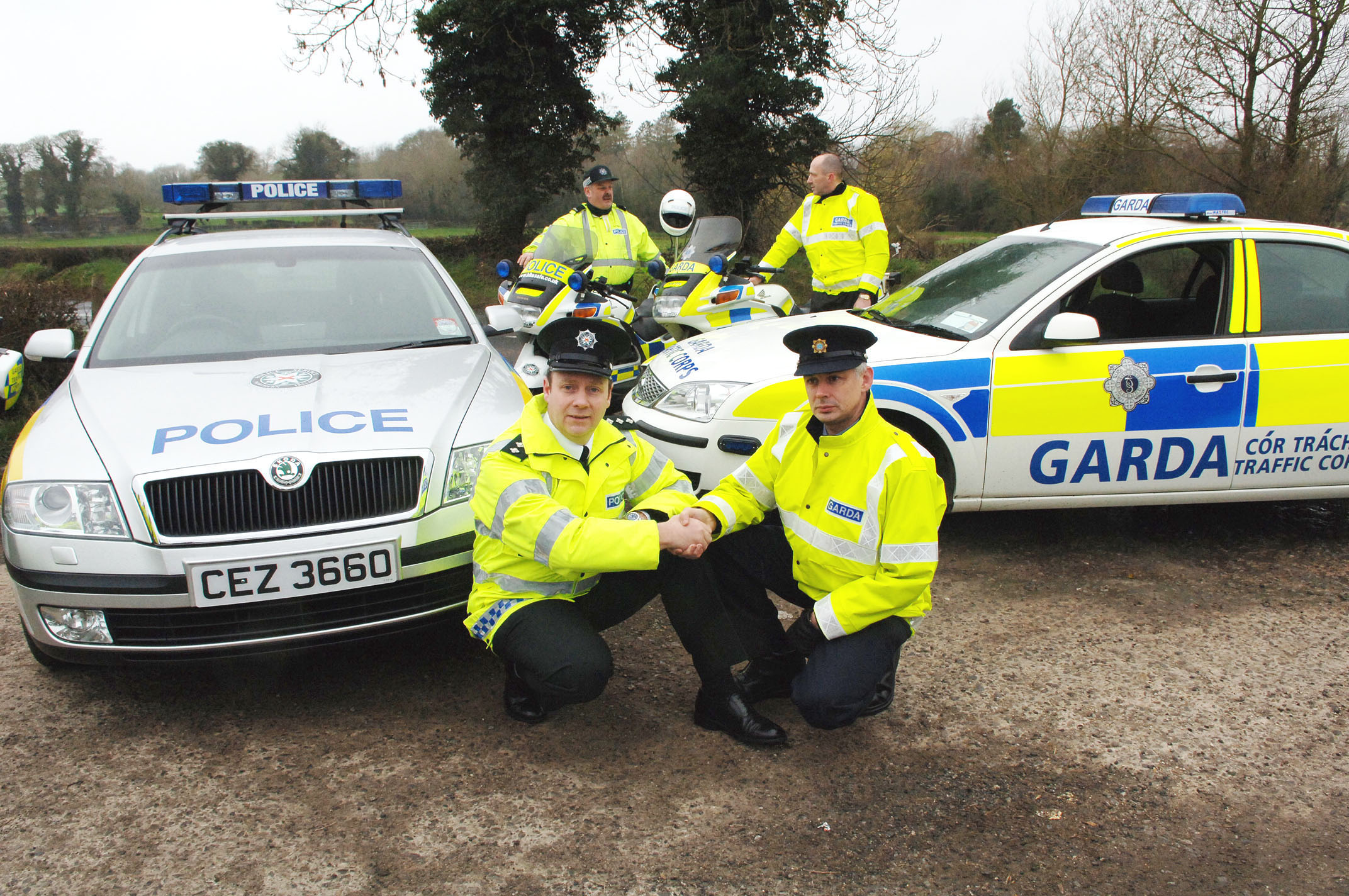 The PSNI and An Garda Siochana during one of their past joint operations.

Last week, 99 new recruits to An Garda Siochána graduated from Templemore training college in Tipperary. At the very same time, court proceedings heard allegations by a Garda Assistant Commissioner that his political views were the subject of questioning by his superior during a promotion panel for the post of Deputy Commissioner. These events coincide with remarks by the Minister for Justice that policing is about to undergo “the most profound change… in its 93-year history.”

Policing accountability in the south is as important as it has been in the north, and lessons could be learned from the process of reform there. In the north of Ireland, the relationship between new arrangements for civilian oversight and the police service has been tense. Last year, the Police Ombudsman initiated legal proceedings to obtain disclosure of information from the PSNI pertaining to investigation into police wrongdoing. Following appointment of a new PSNI Chief Constable, the standoff was resolved out of court. However, this episode underscored the value of independence and legal powers vested in policing accountability in the north. Another essential element of that accountability architecture is the Policing Board. At first glance, proposals for the new Policing Authority in the south appear to mimic its northern counterpart. Detailed inspection reveals significant divergence.

The Heads of Bill proposing a Policing Authority (General Scheme for Garda Siochana (Amendment) Bill) was first published in November 2014. Unmistakeable differences exist in relation to the political context and legal framework from which policing accountability is evolving, north and south. Less understood is why the process of public engagement and consultation should also contrast so starkly, north and south. In the north, the Independent Commission on Policing (a.k.a. the Patten Commission) held public meetings throughout the six counties and about 2,500 written submissions were received. Whereas in the 26 counties, consultation on proposals for reform was scant and short-lived with only one consultative event held in Phoenix Park last year. The Department of Justice have yet to confirm the total number of consultation responses received.

In the north, the Policing Board was created with 19 members. An in-built majority of 10 elected representatives are nominated by d’hondt from their political parties in the Assembly. Independent members are selected through a public recruitment process and their appointment ratified by the Minister of Justice. It is from among the independents that Board members choose the chair and vice-chair whilst the overall composition of the Board must be representative of the community as a whole. In the south, the Minister for Justice moved to appoint an acting chairperson for the non-existent Policing Authority even before the Heads of Bill was published, a move criticised for failure to apply best practice in public appointments. The Heads of Bill suggests that membership will be limited to 9 members, with elected public representatives to be ineligible. The chair may be a judicial figure and is appointed by the Minister while provision is made for appointment to the Policing Authority of a senior police officer from outside the jurisdiction.

In the north, senior officers, such as the new PSNI Chief Constable and deputy Chief Constable, are recruited and appointed by the Policing Board. Appointment of and accountability for senior civilian posts in the PSNI is also under the aegis of the Policing Board. In the south, the Garda Chief Commissioner is to remain a political appointment by the Minister for Justice. The number of Deputy Commissioners and appointments to those roles are also decided by the Minister of Justice. Recruitment competitions will be conducted by the Public Appointments Service (PAS) – not the Policing Authority. Although a civilian was recently appointed to head human resources in the Garda, no specific provision exists for that person to be appointed by or accountable to the proposed Policing Authority.

There are some signs in the Heads of Bill that reform in the south could echo transformation of policing in the north : inclusion of a new Code of Ethics; linking the Joint Policing Committees to the Policing Authority; arrangements for a policing plan; and even that the Authority could “monitor and address human rights compliance” by Gardaí.

However, no explicit or enforceable provisions exist in the Heads of Bill for the Policing Authority to insist on disclosure of information by Gardaí. This is a central cornerstone of the accountability arrangements in the north. That includes significant powers of the Policing Board to require reports or initiate inquiries into any aspect of policing. Instead, proposals in the south give the Minister of Justice unbridled dominion over all aspects of Garda activity deemed by the Minister to relate to state “security”. The Minister is to be empowered to withhold such information from the Oireachtas and be given an overriding power to issue directives to the Policing Authority and Garda in relation to non-security “policing matters”.

Present proposals for the Policing Authority in the south risk compromising its independence and effectiveness, rendering policing accountability hostage to political and security veto. Unwittingly, or perhaps ironically, the Policing Authority will bear the same name as the discredited policing oversight body in the north of Ireland scrapped by the Patten Commission. With the final Bill about to be laid before the Oireachtas, the opportunity to learn lessons from policing reform in the north is not yet lost. As Professor Dermot Walsh told the MacGill summer school last year : “the problems associated with policing in this country cannot be addressed satisfactorily by ad hoc, piecemeal measures such as a Policing Authority… The Patten Commission provides a blueprint.”