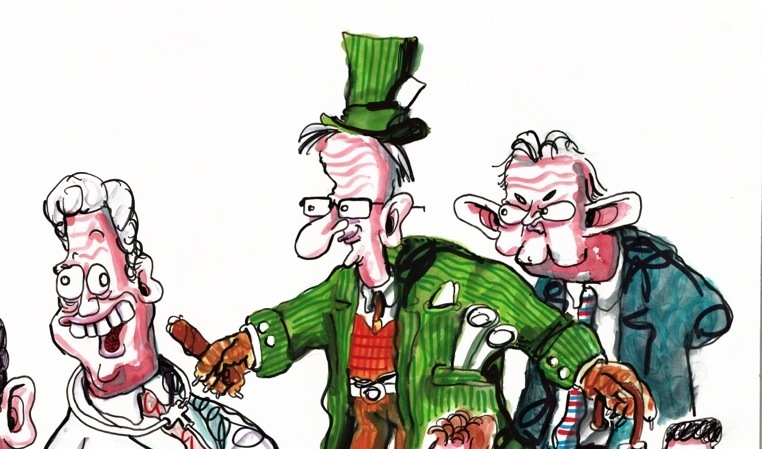 This is an imponderable preoccupying me in recent days as we edge towards polling day in the General Election.

In this article I will try to reflect some of the mood I am picking up on the ground. The religious mix of South Belfast is ever changing with upwardly mobile Catholics and Protestants anchoring their families in the constituency for reasons of convenience and especially because of the choice of Grammar schools.

The number of entrepreneurial and highly educated young professionals from West Belfast settling in South Belfast is ever increasing.

In what could be described as the heart of South Belfast there is no Secondary School and that is revealing in itself.

Over the past two decades a sizeable number of children from Catholic Primary Schools made a seamless transition to State schools like Victoria College, Methodist College etc.

The Schools’ Cup Final on Saint Patrick’s day at Ravenhill is testimony to this fact if Methodist College or RBAI is playing.

Another phenomenon is taking place in South Belfast of which no one speaks. For the first time some Protestant parents are sending their children to St Bride’s Catholic Primary School.

There are several reasons for this – firstly, these families are within the catchment area, secondly, St Bride’s has an unrivalled transfer rate to Grammar School but perhaps the third reason is the most pertinent – primary school education in Catholic schools is free.

In a case where parents have two children at Inchmarlo Prep School or Victoria Prep that will cost thousands of pounds annually. Having one or two more children would double these costs – hence pragmatism obtains in sending the younger children to St Bride’s where there are no fees. This is not a landslide happening but becoming more common.

One other observation about South Belfast – the medical profession fuelled with buying power is consistently targeting quality homes and sustaining the housing market.

I hope I have sketched in some fresh observations about South Belfast while not omitting to say that poverty levels, infrastructurally and educationally obtain in places like The Village, Sandy Row etc. In many cases poor families there are being left to wither on the vine. Shamefully there are no indications this will change soon.

I want now to take a look at some of the candidates in South Belfast.

I’ll start with the DUP’s Jonathan Bell, well known for nodding approvingly everything Peter Robinson says when ever and wherever.

He reminds me rather of the former Ulster Unionst MP John Taylor who always sought election outside his own constituency. Bell has moved about electorally and wants the people of South Belfast to deliver a Westminster seat to him.

There is a feeling that Health Minister Jim Wells’ controversial remarks – “The facts show that certainly you don’t bring a child up in a homosexual relationship… that child is far more likely to be abused or neglected… in a non-stable marriage” – will damage Mr Bell’s electoral chances.

I would not think that view is homogeneous. Conceivably the older generation of Unionists agree with Jim Wells and will not allow these comments to influence their voting intentions. The younger educated Protestant who is out and about in the world will not want to know a party of the DUP’s disposition on social matters.

DUP attitudes towards same sex marriage, homosexuality, lesbianism and the lingering memories of Peter Robinson’s backing for Pastor James McConnell who said he did not trust Muslims may all militate against Jonathan Bell.

The incumbent Dr Alasdair McDonnell MP is known to have helped many lame dogs over stiles down the years. I witnessed evidence of that myself.

It would be disingenuous to deny he has his enemies in his own camp in South Belfast. I know some of those who have nothing to do the party because of their antipathy towards Alasdair. He is regularly accused of being divisive in party ranks.

He is a celebrated battler who continues to defy his critics electorally. He seized the leadership on the back of good old backroom canvassing of support – doing his homework in other words.

So what am I hearing about the voting intentions of the catholic electorate in South Belfast? One man advanced in years who would have been a traditional SDLP voter told me, “I heard people saying they’ll vote for the Shinner to keep Alasdair out.”

Another South Belfast female resident said, “A lot of my friends think Alasdair McDonnell is past it but the won’t vote for Sinn Fein. They’re not voting at all.

Another source took me by surprise stating, “the GAA parents of South Belfast will vote for O’ Muilleoir.” Another high profile resident went further when asked about Mairtin O’Muilleoir:

“It’s all about perception. Catholics will vote for O’ Muilleoir because he is high profile. He’s modern, up to date, sensible – doesn’t appear just at election time. He’s involved in the community. He was a very high profile Lord Mayor seen to have come across as fair.

“There have been a lot of break-ins in South Belfast. Take Malone Park where a number of these took place. He was the only one who did anything. He organised a meeting with the PSNI. Every house in Malone Park got a communication about this.”

I was going to say God help the bookies but it will be interesting to see where their odds are.