You are at:Home»News & Current Affairs»Opinion»Well, here’s another nice mess you’ve gotten me into – Eamonn Mallie on the General Election
Social share: 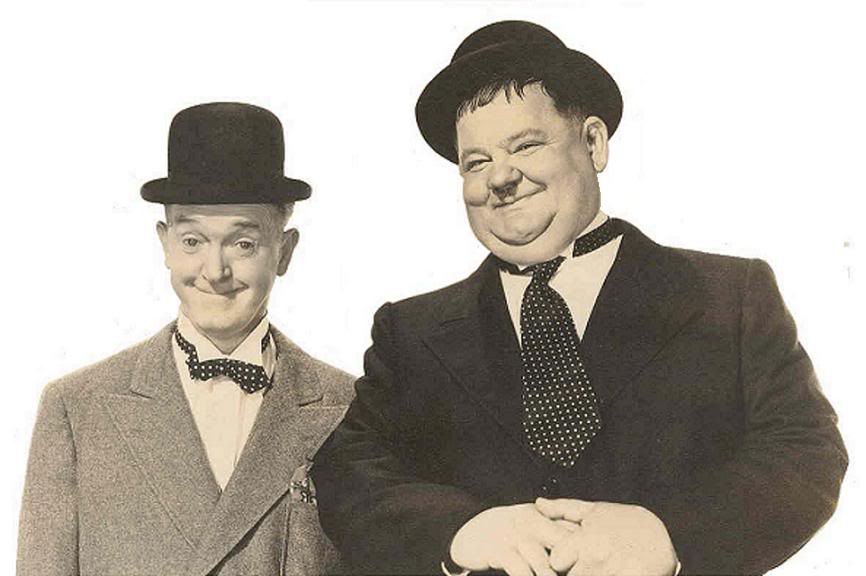 Would you know a General Election is in the offing in Northern Ireland?

I have to confess I spend much of my time following the election in GB. Though it is proving an even bigger farce than the local happenings it is more entertaining. Shall we call it ‘Political Monopoly’ with each party claiming how it is going to ‘magic money’ ‘for the people.’

David Cameron had the temerity to say “we are the party of the working people offering you security at every stage of your life.”

Apart from the drive by Peter Robinson and Mike Nesbitt to deliver a sectarian Unionist headcount in this election have you heard anything else of interest from any of the parties?

A little integrity obtains. The SDLP refused to be lured into a parallel sectarian headcount with Sinn Fein. If for no other reason the electorate ought to acknowledge the SDLP for integrity but it won’t.

Why I ask – should you reward these politicians replete with their £800.000 plus hand out for running their political parties at your expense?

These are the politicians who gave us Cerberus, which bought up debt burdened properties as a job lot at very very favourable prices. It is now allegedly driving many people who are struggling into oblivion. Who invited Cerberus into Northern Ireland? What transparency attached to this process?

Who was/is in the political chain linked to Cerberus?

Who has gained from the presence of Cerberus in Northern Ireland? The media spotlight is now on Cerberus.

Are politicians going to be held to account in this election for the economic state of Northern Ireland?

How much more public funding is going to be frittered by this Executive? We have seen millions going down the Swanee on a non-starter ‘Education and Skills Authority’ – millions spent on a non-starter multi-purpose sports stadium at the Maze and millions expended on a planned Police/Fire/Prison Service training college at Cookstown. This aimless spending goes on and on.

The post militant loyalist political leadership continues to fall into the DUP/UUP basket snatching at crumbs from their table – This is what Peter Robinson told vociferous Loyalists to placate them during their flags protest.

‘The Unionist Forum has brought together probably the most representative group of unionists in the last half century. It offers the opportunity for unionists from all backgrounds to hear directly the perspectives from other parties and groupings and from the wider unionist family.’

This bought time for mainstream Unionism but the Forum proved to be a house of cards. Loyalism has fallen again into the DUP/UUP web. It has hitched its star to the DUP in the coming election.

These are the same politicians who have spent decades propping up a Grammar school system which has passed by thousands of children at the bottom of the Protestant/Loyalist pile in working class areas.

For thirty years Northern Ireland’s Protestant middle class Unionists have shipped its brightest to universities in England and Scotland at the same time watching its poor cousins in Sandy Row, Rathcoole etc sink to the bottom educationally.

Many of these same politicians continue to stoutly defend segregation in primary school teacher training in Northern Ireland. Shame shame on these politicians.

To add insult to injury we learned this week Queen’s University – the premier university in Northern Ireland is facing a cut in government support to the tune of £8m….resulting in a loss of 1000 student places.

The fallout from all of this means hundreds more of our young people will have to opt to leave Northern Ireland to pursue their education.

My critics will argue that I am ignoring inward investment here. Yes – call centre jobs at £20k a year – jobs which quite often go to the Philippines.

Are our politicians going to be challenged regarding key appointments? Were these plum jobs benchmarked against the principles of meritocracy?

This week I heard one insider shamelessly rhyme off all the names of the organisations in which he is involved. Upon what basis do these guys get these perks?

The ceasefires took place in 1994. The Good Friday Agreement was signed in 1998.

It’s time to move to the next stage. We must have thinking people at the helm based on merit – not as a result of cronyism and self interest. Vigilance and more vigilance must be the order of the day. Be very careful and protective of your vote.