You are at:Home»News & Current Affairs»Opinion»“Call me Dave” dancing to the tune of a wee Scottish lass argues Terry Wright
Social share: 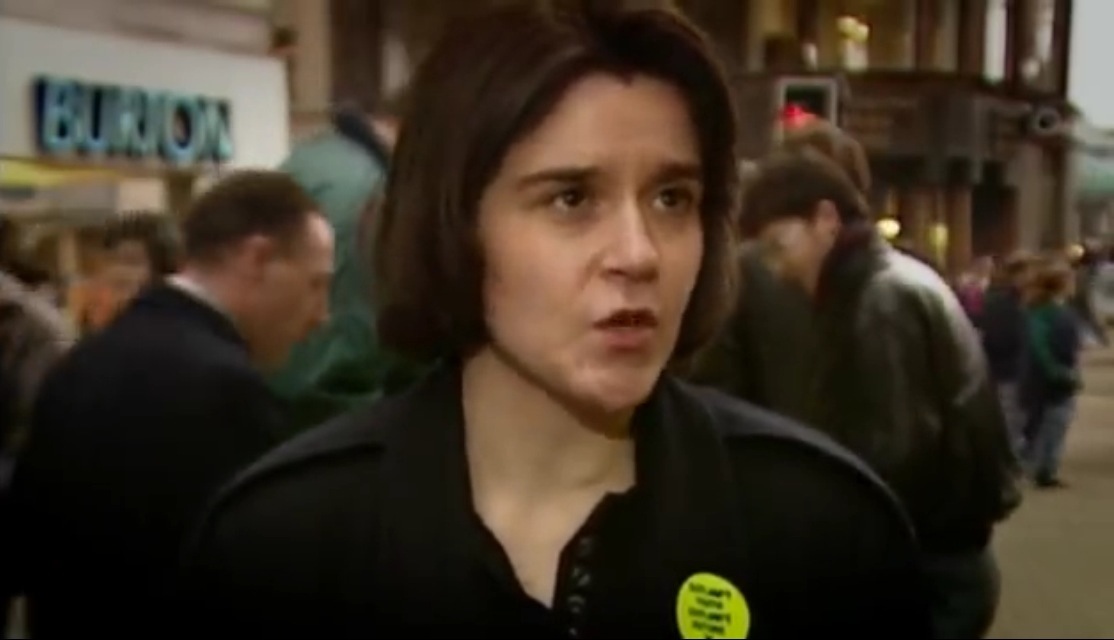 ‘I have always made one prayer to God, a very short one. Here it is: “O God, make our enemies ridiculous.” And God granted it.’
– Voltaire 1767

We cannot be sure if Nicola Sturgeon of the SNP, already something of a media political goddess, places any hope in prayer but if so, she, like Voltaire, must feel that it has been answered.

From every viewpoint the decision by the Conservative strategists to demonise the SNP and ring alarm bells over any possible Labour – SNP post-election agreement is ill-advised and highly risky. It must make life even more difficult for Scottish Conservatives and in the short and long term is likely to reinforce the SNP political agenda for Scotland and the Union.

For all their claims otherwise, the SNP is engaged in a re-run of the Scottish referendum campaign.

In spite of claiming a desire to make the UK better for everyone by preventing a Conservative government, you cannot, from a secessionist and separatist agenda,stabilize what you ultimately seek to re-define. In the final analysis one pivotal policy will take priority and everything will be geared to its realisation. By definition, any SNP MP will enter Westminster to shape, incrementally, economic, defence, foreign and other policies in the interests of Scotland and in anticipation of future independence. They will engage but their central message will not be contaminated. Within the imagery of caring and canny populism they are part political and part insurgent. It is sown into the texture. If there is political gridlock post-election, the aim will be to bend the will to the demands of the SNP bloc.

Why would they do otherwise? This is the mandate they claim and to which they aspire. It is the target of their considerable zeal, energy and no little creative verbal destruction, particularly when directed at English ‘Tories’.

They do not see ‘Tories’ as opponents but as enemies. The twists and tone of the language sail close to being sectarian and the response they are drawing in terms of strategy and words particularly from Conservatives, is serving to polarise attitudes within the United Kingdom. The mistakes made by London during the Referendum Campaign are being repeated. This time there is no Gordon Brown in the wings.

Conservative strategists, in seeking to use the SNP as a stick to beat Labour are, in effect, allowing Nicola Sturgeon and the SNP to define and control them. They are gifting her media attention, antagonizing Scottish voters and feeding the SNP’s definitive Tory stereotype. If the target is to weaken or expose the SNP, this is better left to the Scottish Conservatives.

Put bluntly, in the current climate and post Scottish referendum, what is being said in the media in England by English political conservative voices is counter productive. It does not serve well any future consideration on the future of the UK and veers the political debate on to SNP ground. It is an answer to the SNP prayer. Public concerns voiced by senior Conservatives clearly feel this to be so.

During the lifetime of the Parliament just ended ideology has at times seemed a greater priority than electability. If the experiences of the electorate fail to comply with the ideology then the experiences are deemed to be wrong.
Statistics are used to indicate that the UK is in economic recovery but this is not a shared experience within large swathes of the population. In regard to welfare reform, it is the experience of many that the safety net has been removed before the tight rope has been stabilised.

The result of the politics of the last five years has been to polarise and categorise politics into two adversarial blocs.

The solution is not to exacerbate this further but to make politics more conflict averse and take consensual positions outside the existing power of elites and blocs.

What Conservative strategists have determined of late bears all the hallmarks of a panicky charge in the opposite direction.