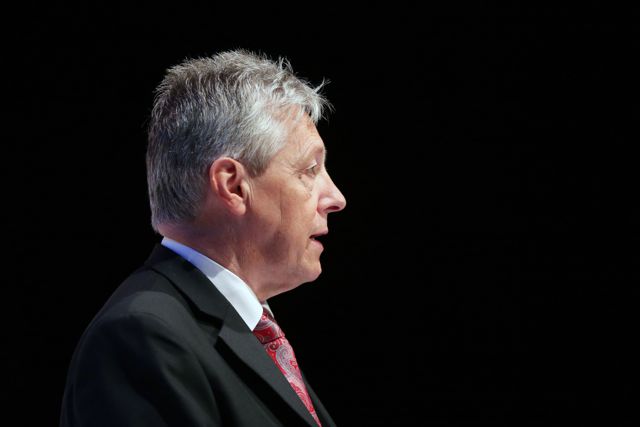 There has been no attempt to re-invent the wheel in the latest talks at Stormont – at least not when it comes to the Past.

We see that in the detail that has been emerging in recent days.

When you read it, you’ll see that it walks like Haass and talks like Haass; Archive, Acknowledgement, Information-Recovery, Investigation and Victims needs.

They are familiar themes that read back into Eames/Bradley, that can be found in various reports by the Victims Commissioners, ideas that have been developed by academics and that were re-shaped and re-worded in the marathon Haass/O’Sullivan Talks that ran into Christmas and then the New Year 12 months ago.

Back then the parties left the process on two flat tyres – puncturing hope when it came to decision time.

There were no new bikes or wheels in this political Christmas sack.

And, now, the same people are back to the same talking about the same things and at the same time of the year.

That is the same people minus Richard Haass and Meghan O’Sullivan. They found wheels and wings to make their escape.

A few days ago, the Belfast Telegraph stretched a point to make a point when it left a blank page as part of its coverage of the current all-party talks.

So far, there is nothing to report, no new creative thinking, nothing that is outside the usual box and nothing by way of agreements.

There has been some talk about who is going to pay for any structured process on the Past, and how much it is costing in its current unstructured form.

And there is a suspicion that this money argument is an attempt by some to strangle any process that might emerge.

How can we do it if we can’t afford it?

The Past is not about money. It is about will – political will and leadership.

And, while the talking inside Stormont House is being described as “amicable”, there are no agreements.

If that changes, if there is to be a process on the past, then you won’t be shocked by its detail.

Just look and read through the latest paper put to the Executive Parties a few days ago.

You’ll have seen it all before – in one document or another. There is no new wheel, just the same one that keeps turning and going round in circles.

Do you agree with the ‘guiding principles’ outlined in the attached paper? Are there other principles you would like to see applied?

How would you propose to meet the requirement for an effective and efficient investigative mechanism for dealing with the past in Northern Ireland? How should such a mechanism be structured?

Should a mechanism be created to enable the families of victims of the Troubles to access more information about the deaths of their loved ones?

Do you agree that a new approach to the past which included independent research into Troubles related themes / patterns carried out in a structured, accountable and intellectually rigorous way would be preferable to the current position where there is no means to look at the whole picture of what happened during the Troubles?

Do you agree that there is ‘scope for potential agreement’ on proposals to meet the needs of victims and survivors?

Do you agree that there is scope for an agreement on an oral history archive and/or other forms of public engagement on dealing with the past?

As part of the transition to long-term peace and stability, any approach to dealing with the past should:

This is likely to require interventions in respect of the criminal justice system, access to information, meeting the needs of victims & survivors more effectively, and facilitating the sharing of experiences.

THE NEED FOR CHANGE
There are a number of important considerations driving the need for change:

Doing nothing would allow the position to deteriorate further.

DEALING WITH THE PAST: SCOPE FOR POTENTIAL AGREEMENT ORAL HISTORY ARCHIVE

o A pension for severely-injured victims.
o A comprehensive Mental Trauma Service built into the role of the Victims and

DEALING WITH THE PAST: POSSIBLE NEW STRUCTURES ON JUSTICE AND ON ACCESS TO INFORMATION

Risks if No Agreement

If no agreed way forward were to be found, there would be a number of inevitable consequences:

Risks If No Agreement

Social share:
Previous ArticleGlenn Bradley standing up for ‘the white poppy’
Next Article Rethinking dealing with the past for victims