You are at:Home»News & Current Affairs»Opinion»Glenn Bradley standing up for ‘the white poppy’
Social share: 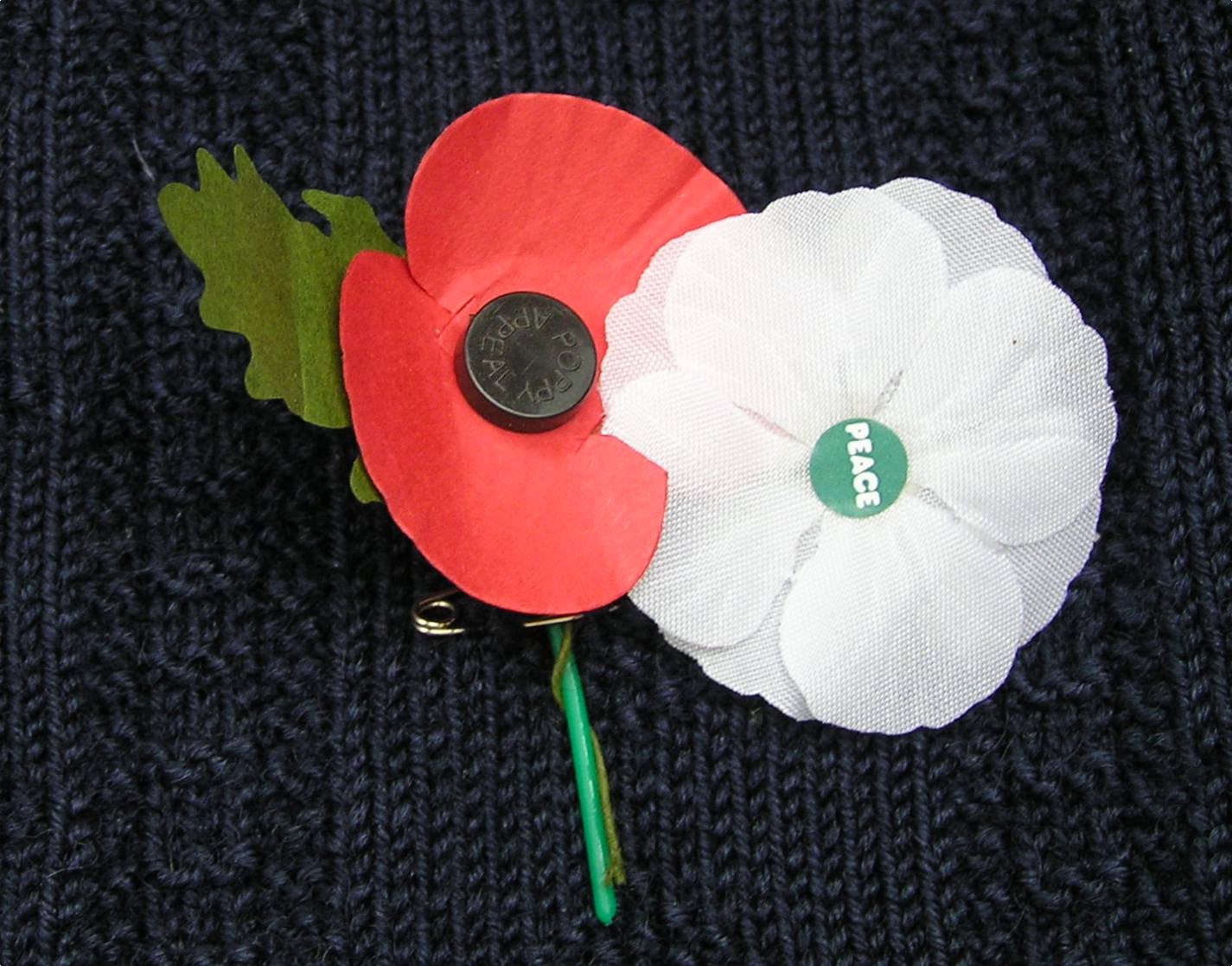 It’s that time of the year again when the little poppy, that beautiful flower that toils in fields across Europe and further a-field, in a variety of colours when in bloom is used as a symbol of solemn Remembrance or as a marketing tool for Charities or as a glorifying rallying call for war mongers.

Here in this little north east region of the Island of Ireland, the northern 6 counties, Northern Ireland or what ever else you wish to label this tiny place on Earth, the poppy symbol is often used for sinister, insidious and offensive purposes.

Let’s take the specific of the White Poppy this year. We have some politicians up at the Assembly delivering ignorant statements (in public) that to choose to wear a white poppy is wrong and insulting. In order to pursue Party political objectives, to create divisiveness where none presently exists, they’re trying to polarize mindsets in the pursuit of some myth that only a red poppy is ‘right if you’re British’.

Unlike the politicians waging this crass, ignorant propaganda during the run up to Remembrance Day, I have dutifully served my notion of Nation. I’ve sweated, bled and been prepared to die for comrades while in the Army. As a white poppy wearer I’d like to highlight some realities:

The Royal British Legion (the leading UK Services charity and official servers of the Act of Remembrance) has no objections to the white poppy – indeed its terminology is ‘no conflict’. Please refer for more information at http://www.britishlegion.org.uk/search?q=poppy+

In addition, the Peace Pledge Union outlines the origins of the White Poppy and the reality that it is not a symbol of insult but of World Peace and solemn remembrance to the War Dead. It embraces all the victims – our side, their side, civilians – all who have died as a result of War. Please refer for more information at http://www.ppu.org.uk/whitepoppy/.

In summary, a solemn act of Remembrance is a personal choice. Choosing to wear a poppy is but 1 way to symbolize Remembrance. If you wish to remember or wear a poppy then wear whatever colour you wish and solemnly remember all the victims of War.