You are at:Home»News & Current Affairs»“Was it the bark of a plucky underdog who, in the end didn’t have the bite?” Brian Spencer spent this week sniffing around Scottish voters…
Social share: 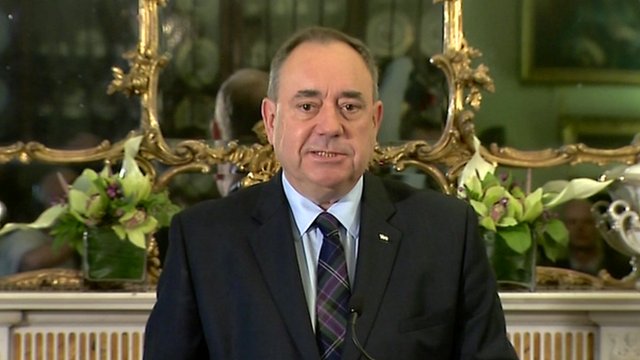 Growing up in a scrupulously indifferent unionist homestead I had to go. The Union was at stake. Sounds like an oxymoron and it surely is – the indifferent aren’t supposed to be passionate – but all I’ve known is I’m Irish and British and I like it that way. I’m an alumnus of Belfast Inst, the Royal School founded by a United Irishman. That’s Irish history for you.

These events were history and the future constitution in flow. Belfast to Edinburgh is all about the ascent because next thing you know you’re on the approach. I’d earlier made the rendez-vous with my fellow writers, Jason Alan Murdock, his eponymously named colleague Jason Ashford and Dr. David McCann. The Ulster men met the Scots. We disembarked and took a tram to Prince’s Street in the company of the classic Lothian weather. Mild and gloomy, unlike the mood, upbeat and very confident. It was all about the Yes. The tram ride gave us a view on one consolatory and rather pitiful No campaigner, doing his bit for the moribund party of Clegg. Tram done, the whole place was awash with Yes badges, stickers, flags, megaphones and mouth-pieces. From Leith Walk to George’s Street and the hike up the Royal Mile it was all saltires and self-assured yes voters.

Walking through Edinburgh is like clambering though a canyon, the buildings are like cliff faces perfectly symmetrical.

Feeling the effects of the early rise and the unwriterly levels of activity we took refuge in Biblos Bar and Restaurant just off the Royal Mile. We sa into the papers and Twitter wires trying to get a measure of the place. The streets had said Yes and the wires we saying Yes. The Yes were bold, bullish and ebullient. The timbre of the No was timid.

We then picked up Queen’s university writer Tori Watson and the camp was divided 3-2. Fed and several pints deep we took ourselves to the streets to engage some of the Yes voters and the No if we could find them. For the Yes was all about Scotland and Scottish destiny and getting away from Westminster. For this de facto unionist it was a bit like Dublin. I felt simultaneously at home and out of place. A native on home turf with the locals barracking against the perfidies of Albion.

Eventually we chanced across a No voter, young, fresh faced and confident. His case was the example of independent Ireland for which he had earlier been accosted, and it didn’t do much for me.

It was funny how happy each side of our group was to reach out to the No and Yes voter, depending on our  inherited tastes. David spoke to the Yes voters (and even found a recanting loyalist) while I searched for the minority of outfacing No voters. This was the self-perpetuating and self-reinforced echo-chamber – Northern Ireland politics in microcosm.

My discouragement at the sea of Yes turned on its head as I took to the street art. I didn’t have a vote but I had a voice. It was a matter for the people of Scotland but the issue being our Union I thought I’d share some thoughts.

Later I came upon a swaggering, shaven headed, leather-coat wearing, labour-voting, No-voter and was greatly encouraged. He’d put £14K on a No return and assured me it would be an impressive one.

We reassembled and made the descent down the Royal Mile, our playground for the afternoon, lined with Yes voters, Yes stickers and TV crews. And of course every 50 metres of so we would come across the foreign fanatic so in favour of Scottish independence. The Catalan, the Basque and the Corsican.

All 5 marched to the fine dining house Wetherspoons on George’s Street for the debrief and post-mortem, watering and more food. By this stage we had been romping around for 12 hours and were really feeling it.

This was scottish independence, there was no time for frayed energy levels, adrenaline reserves would carry us diarists and documenters. There was a story to be told.

The two Jasons and David then left for the main counting station, 8 miles out of town. Watson and I would sample the social wires. By 8pm the city centre was dark and, strangely for a cosmopolitan centre, clean of activity, the artery routes where it was at.

I took myself to Leith Walk and met with a Belfast emigre now domiciled and franchised in Edinburgh since 2006. He’d done his de facto and indifferent unionist thing.

This arterial route was very continental. Edinburgh cliff face buildings straddled with Paris-style cafes. By now I was decked in vote No stickers and felt a twinge of the self-conscious walking past and through these bars full of Yes voting clientele.

By now it was past ten, the polling stations were closed and it was approaching 12. With Radio 4 playing softly and the notifications at the ready I took to my bed. My colleagues 8 miles away trudged on.

I got a text at 05:00 hours on Friday September 19 2014. “No wins”. The Union was safe. Back to sleep. I awoke and rose at 10, got a Bolton shower and retook the streets. I wasn’t particularly moved. Reassured but not brimming.

The air that day was mouldier than the previous and the lie of the land more mute. With the earplugs in I heard the analysis, celebrations and commiserations.

I’m not sure how you can measure it. The bellicose Yes suddenly becomes the lachrymose. It’s bizarre. The whole experience played with the senses. The media and polls put it neck and neck. The bookies had it for No. The streets and social media said Yes. Was it the bravado of a self-doubter making up for their insecurities? Was it the bark of a plucky underdog who, in the end, didn’t have the bite? It seems it was the overwhelming weight of a silent majority – the consensus of a conservative establishment and a comfortable middle class and older demographic happy with the status quo.

Social share:
Previous ArticleTime for Dublin, London and Washington to focus – by Sinn Fein’s Declan Kearney
Next Article Is the IRA really beyond answering? – Brian Rowan on the Cahill case and the Adams Blog