You are at:Home»News & Current Affairs»Opinion»Politics of the ‘pissmires’ on Mount Stormont – by Jane de Courcey
Social share: 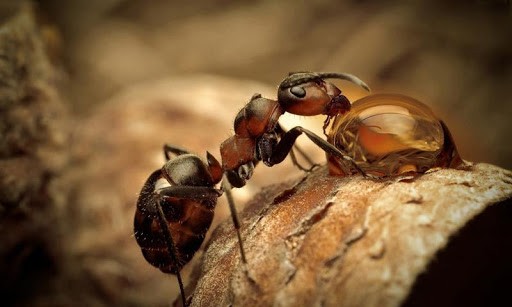 MY FAVOURITE word in the world is “pissmire” . . . even if it does sound like an al fresco toilet.

I love it. It’s a middle English word which means “ant”, especially an angry one. And it’s so descriptive when used colloquially:

“So there I was at the bar, and this big clart stood on my toe. I was mad as a pissmire.”

I reckon that most of our politicians are pissmires. They’re as crooked as a dog’s hind leg, as my grandmother used to say. (Crooked, of course, in the ill-tempered sense: nothing other than peevish politics is implied.)

Peter Robinson is grumpy as a goat in a Lambeg drum shop. He’s acid-tongued and venomous, looking haughtily down his nose at whatever unfortunate creature happens to be interviewing him.

When it’s going well, and he’s got good news to impart he’ll happily surf the glad tidings wave. But when the difficult question comes Peter slides effortlessly into pissmire mode.

Mind you, Mike Nesbitt, who should be the epitome of media savvy given his background, fares little better. Mike has fine-tuned the art of being crabbit and obnoxious into one perfectly pissmired package.

I can’t remember the exact occasion, but Mike was so horrible to the BBC’s blessfullly lovely Noel Thompson a few years ago that – as we say in this dear sweet Province of ours – he ‘turned my guts’. And this was on the eve of an election! Not clever, Mike, for Noel is one of our undervalued national treasures.

Since then, Mike has continued to delight in making his erstwhile fellow media folk look small and insignificant while his ego assumes black hole proportions, sucking in all around it, apart from Stephen Nolan, who has developed his own personal gravitational field.

Talking of self-perceived worth, BBB (Big, Bad Basil McCrea), is a veritable ego on legs. At least he was in his NI21 prime. That man could hear a camera’s click or a mobile phone’s autofocus from two miles away.

Publicly, Basil was not a pissmire, although he could get a bit angry and finger-pointy in full flow. Suspicion mounts, however, that he might have been a private pissmire when he wasn’t getting his minions to take selfies of his gorgeously-appointed Basil-ness.

Sadly, these days we tend to talk about BBB in the political past tense. But it would be foolish to write off Forza Basilo quite yet!

Definite non-pissmires include Green Party leader Stephen Agnew, who seems to be a genuinely nice guy, and TUV solo act Jim Allister, who can be very sneery and snarly but never gets riled.

If you can’t get riled, you’re not a pissmire. On that basis UKIP’s David McNarry probably isn’t, because his rage is as reliable as an atomic clock. It’s like he has a cruise-control crabbitness setting.

But are there Nationalist pissmires too? Stand up Alasdair McDonnell, the ultimate grumpy old man. Alasdair is so ill-tempered that he even got angry with the lights on the very day he assumed the exalted position of SDLP leader (or maybe that’s why he was grumpy.)

He should have been a bit more like Martin McGuinness, who takes everything in his stride, even meeting Herself who rules over what SF used to describe as the Undemocratic Six-county Statelet – which he represented so ably at Windsor a while ago.

Martin personifies non-pissmire-ness, but Sinn Féin is not without its complement of unfettered rage. The testy Alex Maskey seethes like a mini Vesuvius, always ready to erupt, and Gerry Kelly can be, shall we say, explosive.

And then there’s Screamin’ Bobby Storey – but he probably deserves a shared post with Colin Houston, the guy who spectacularly detonated like Krakatoa when George Galloway guested on the Nolan show.

(If those two were taking you on a drive to the seaside, you’d quickly learn not to ask “Are we there yet?”)

But for the ultimate pissmire we must take the middle path and turn to Alliance supremo David Ford, a man whose unrestrainable arrogance gnaws away at you like a fungal nail infection.

He’s cantankerous. He’s irascible. He’s pompous. He seems to dislike interviewers. He seems to dislike everything but himself and Naomi Long. He’s pricklier than a hedgehog on a bed of nails stuck in a pine tree. If there was an award for being supercilious, overbearing and imperious he’d win it.

Thankfully there is and he just has! Take a bow David Ford, King of the Pissmires

Social share:
Previous ArticleDo we always have to have days like this? – asks Terry Wright
Next Article Living with poverty – by Andrée Murphy