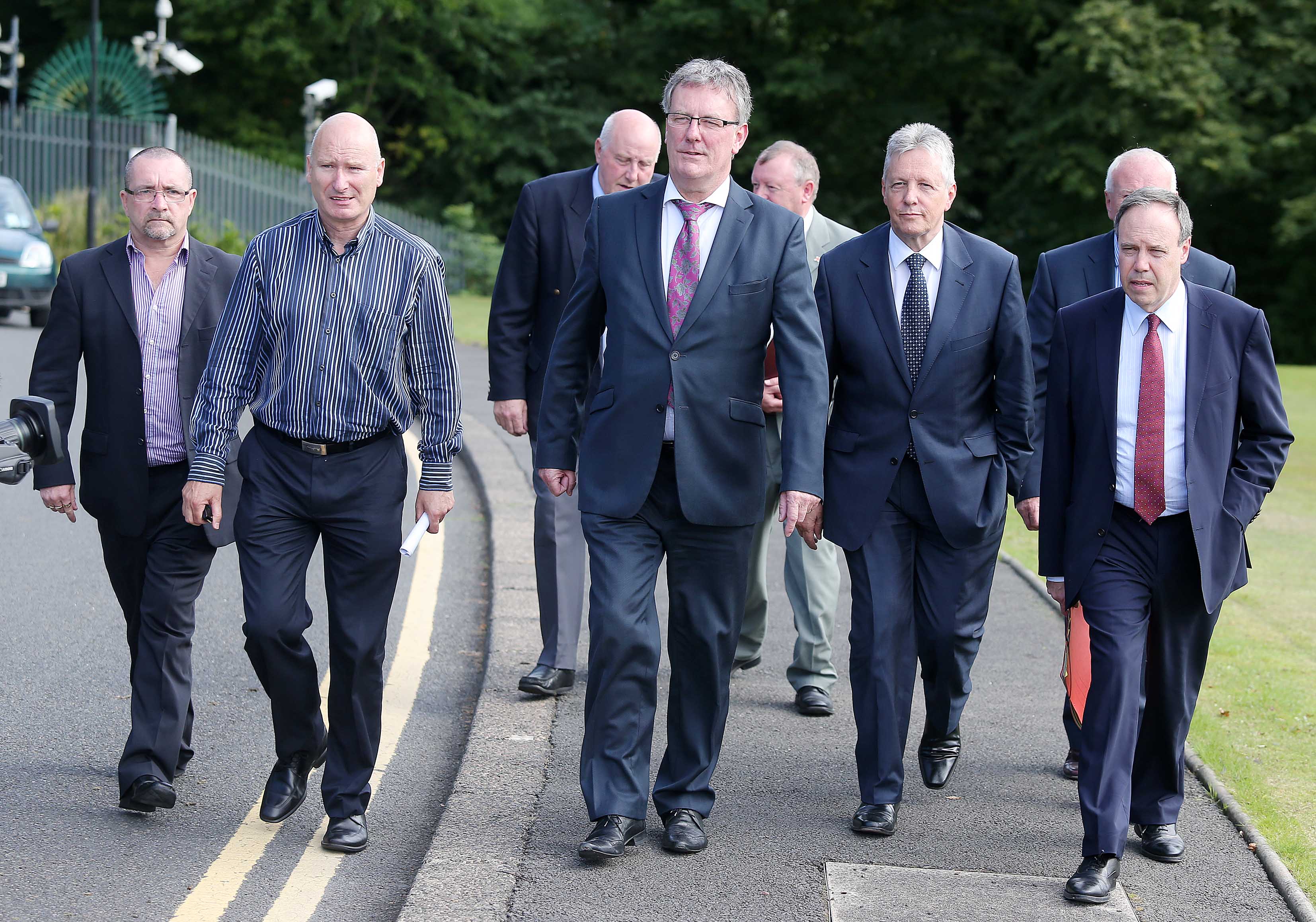 If the collective and continuing sigh of relief breathed by the Orange Institution and broader unionism at containing the potential excesses of feral loyalism through their strategy of graduated response is anything to judge by, then the underlying anger and resentment pertaining to the return parade by the Ligoniel lodges of the Orange Order must have been akin to a powder-keg ready to explode.

Set this alongside the torrent of barbed social media and political comment aimed at the press and media commentators collectively accused of being disappointed at the outcome on the day and this lends weight to the argument that parades and the politics associated with parades means much more than a walk along the road.

Political and community effort was tactically and, it must be said, successfully directed at managing the crisis and achieving damage limitation on this occasion and will be seen as justification for the strategy and the subsequent call for an enquiry into the issue.

Knowing that engagement can lead to contamination, the leadership will be anxious to see this delivered for it will be seeking another release valve to allay violence that is ultimately self-defeating. Promises and assurances were no doubt tabled.

Emphasis is clearly punctuated with the desire of achieving a particular outcome but inflexibility and lack of acknowledgement and accountability for the effects of actions on the rest of the community, particularly those who might seek to oppose, is unlikely to produce a solution and will act like a chokehold on progress.

Problems contingent on history are rarely solved at the same level of thinking which created them. But, growth in Northern Ireland cannot be optional.

The Orange Order leadership and political unionist bloc, however defined, is now more closely allied than for some time but worryingly, religious and denominational unionism, even now through its current rhetoric of relief and demand, continues to act like a sponge for the notion of insular victimhood and of a community physically and culturally under siege.

Where the vast majority of parades on the 12th July and on other occasions manage to exude an air of festivity, celebration and ‘selfie’ good cheer, there remains an underlying air of injustice, determination to challenge and notch up a victory for the cause.

It is a response to the cautionary and defeatist politics of their leaders and meets the wrong challenges. Parades, and politics so defined, will continue to remain a metaphor for division.

Unionism would be well served in considering this for it reinforces the conclusion that unionist politics are informed by a narrowing agenda. The expectation will be of its continuing to speak of a shared future yet governing only to manage difference. In so doing it will keep its chosen constituencies and community prisoners of history instead of creating a fresh narrative.

They will remain caught up in the contradiction of a unionism that forfeits inclusivity and integrity. It will pick out what reinforces views already deeply ingrained. But, you cannot successfully mislead.

When the priority is for creativity and energy towards building a forward-looking and prosperous community for everyone regardless of creed, social status or background it can never be enough to consolidate communal leverage.

You cannot treat politics like an Aladdin’s lamp which, when rubbed often enough, will grant your wishes.

Change will continue to be slow and stuttering. Unionism, at grassroots level, will bear the cost where social and democratic progress is ground up in the dour and monotonous reworking of old quarrels and an unchanging mentality.

In spite of the Peace Process being the product of a negotiated settlement unionism and loyalism has been encouraged to view it as a defeat rather than an opportunity.

This has led to feelings of loss. It is seen in under-achievement and disengagement from the political process that transcends social stereotypes. It is evident in the loaded language of cultural war and conditional commitment to engagement. It encourages the excesses of sectarianism and segregation. It risks violence. It reinforces the agenda and equally narrow politics of those regarded as their political and tribal opposition.

Unionist leaders cannot have it both ways. They cannot claim to speak for a community and seek to manage its anger yet fail to confront unequivocally and effectively the anxiety of the people and point the way forward. It cannot be about making decisions because they are popular or easy. They must be right. It goes beyond strategy and tactics with the simple aim of retaining power. Even in times of polarization, the principled path is the way to follow.

They need to repair the crumbling foundation of agreed values and ethics. They need to nurture aspirations which transcend the socio-economic divide. They need to define outcomes which strengthen a sense of social justice. They need to produce more leaders within the community not just followers. It is this poverty of transformational leadership that denies the whole community a future it could enjoy. It cannot be achieved through narrowly defined politics and the strategies of threat and withdrawal. It must be achieved through the existing political structures. Where they prove an impediment, review should be initiated.

Would it not be better then for collective unionism to re-prioritize its concentration from the parades and the associated tensions that are a symptom of its failing? Greater benefits can accrue from re-focusing and re-embarking on the shared journey Northern Ireland needs to complete.