You are at:Home»News & Current Affairs»Opinion»The next stretch to save the politics – by Brian Rowan
Social share:

“Sometimes when you’re living through history you don’t see it.”

The words above were spoken by the former RTE correspondent Charlie Bird at a Feile an Phobail event last night.

We were discussing the ceasefires of 1994 – first the statement from the IRA and then the response from the Combined Loyalist Military Command.

Later, I will explain how the sequence could have been different. 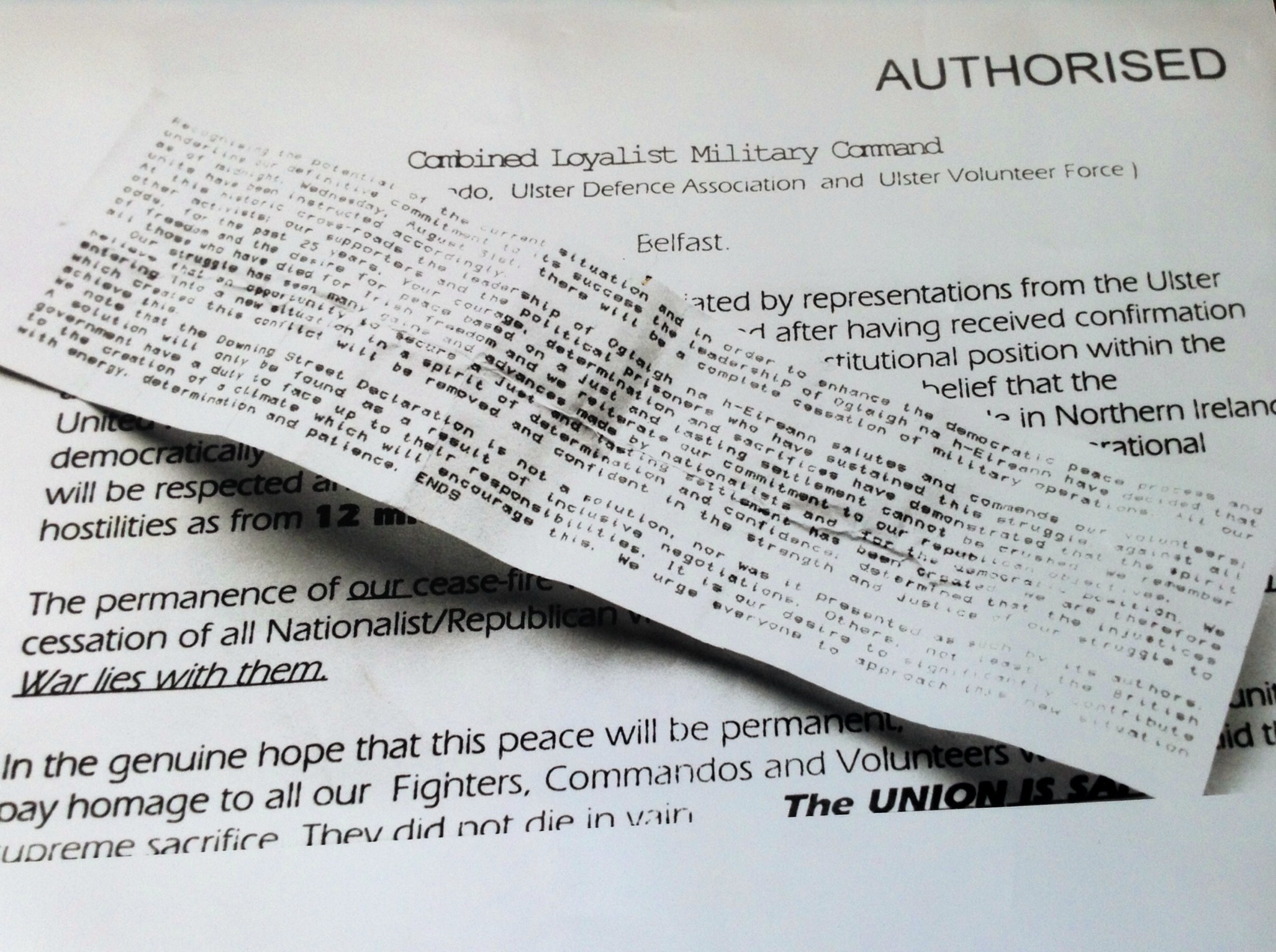 Bird was part of a panel including myself and Eamonn Mallie – at an event chaired by the UTV journalist Judith Hill in which we were asked to think back and look forward.

The audience filled every seat in the room, among them people better placed to describe the IRA thinking and journey to ceasefire and beyond.

But their voices weren’t heard.

There is not yet a process that allows them to speak openly and candidly about that period and, so, they listen in silence.

Mallie highlighted their presence in the room in response to a question from the former Presbyterian Moderator John Dunlop, who asked: “Why did the IRA call the ceasefire?”

What he got was an observer’s assessment – not the thinking and words from those best placed to answer.

The ceasefires were moments in history, not yet fully explored or understood and, for all that has happened since, we constantly travel back in time.

Just look at the political logjam – seen and heard in the tug-of-war over what can happen or not happen on the Maze/Long Kesh prison site.

In 1994 the loyalists were considering announcing their ceasefire first – and set out their terms in a private document passed to the then Church of Ireland Archbishop Robin Eames. 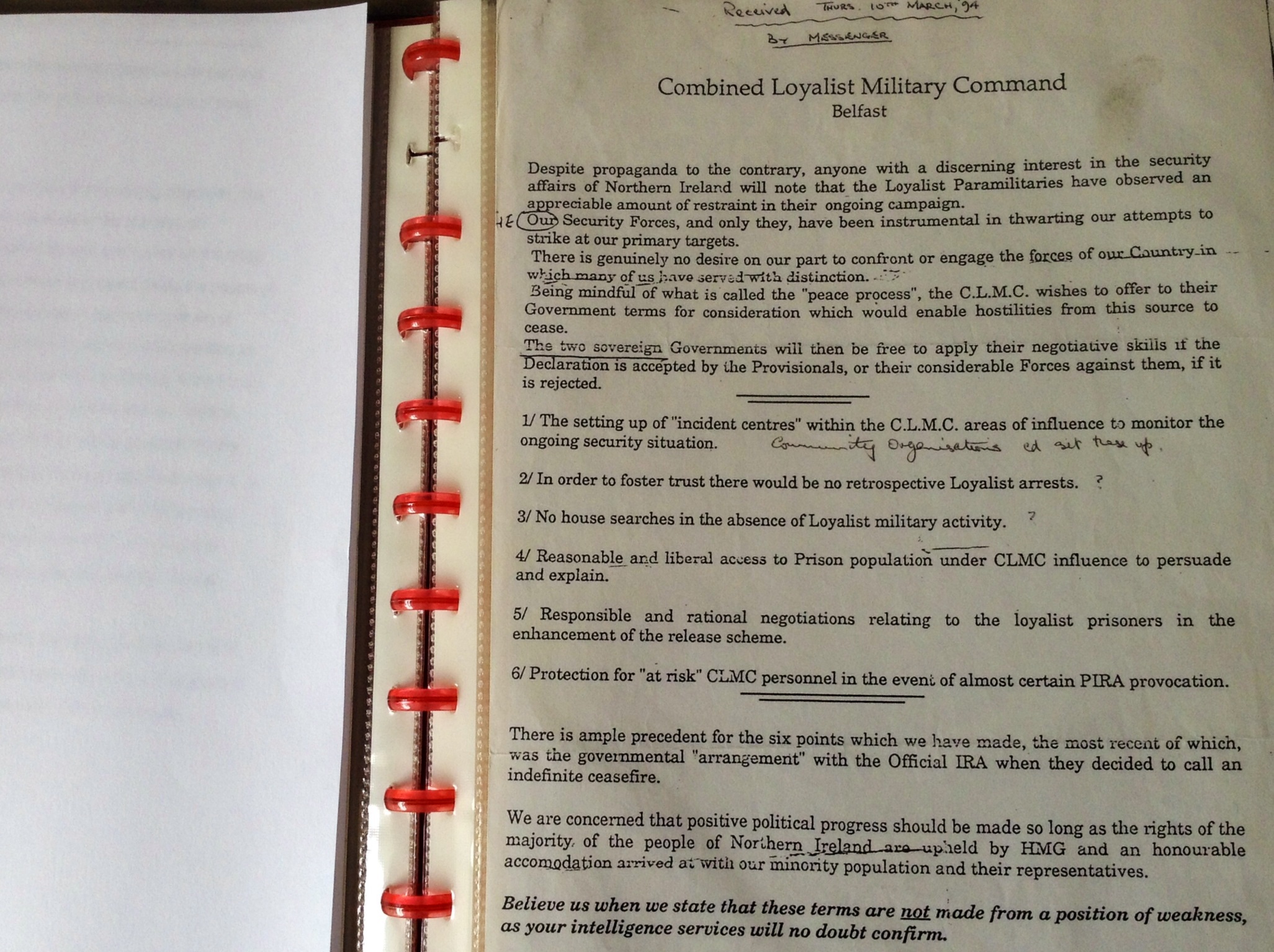 Killings by the INLA and the IRA derailed that prospect or possibility.

Among those targeted were Joe Bratty and Raymond Elder remembered in a 20th anniversary march in Belfast just a few days ago.

Then, at the weekend, republicans held their Hunger Strike Commemoration at Derrylin in County Fermanagh.

In this remembering by loyalists and republicans there are also reminders of the wars before the peace and the killing and hurt of the pre-ceasefire period.

Commemoration, remembering, the past, the absence of some process to talk this out and through – these are the things and the mud that are holding politics in yesterday and stopping it from getting to tomorrow.

Judith Hill, just 13 when the ceasefires were announced, described every-day news as still being “a negotiation between the past and the future” – that in an evolving journey there is still this “working out of what this peace thing is”.

And this is what I had in mind when I used these comments to close Monday’s event:

“And, I think, that asks of republicans – and, I know, some people might think this is outrageous – it asks them to think ‘is there another step we can take’.

“Republicans are in a very strong position politically north and south at this stage.

“Unionism is feeling vulnerable and, I think, there are occasions such as the period we’re in, when republicans still need to think about what they are doing and about what they could do to convince senior unionists and loyalists that they are genuinely serious about a peace process, about a shared future and about shared space.”

I wasn’t thinking about welfare cuts or the north Belfast march standoff but, rather, about a big initiative on the past and remembering – about how it is done or not done.

And, of course, this is not just about republicans, but many others.

In 1994, the IRA and the CLMC made a path for others and, to quote the words of someone in the audience last night “the path is not straight”.

At times it leads to the brick walls.

So, there is a choice – to be fatalistic about the inevitability of political failure or to find a new way of making it work.

Twenty years ago, as we “lived through history”, a new way was found.

Leaders stretched themselves, and that is today’s challenge – the next step and who will take it first.