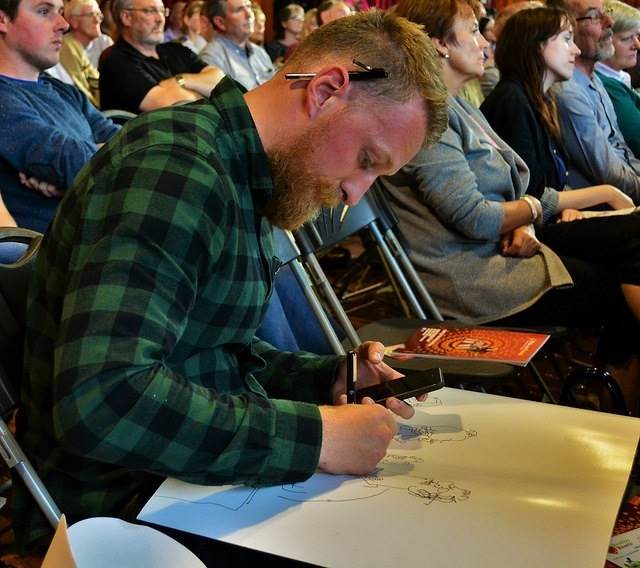 I thought Féile was great. Your very own garden centre prod got to meet some ex-prisoners, deep dyed shinners, and got to listen to some fascinating seminars. I thoroughly recommend it to others. You only strengthen your argument by exposing yourself to opposition and anaerobic resistance. It makes you fitter.

That’s the problem with Northern Ireland. Two towers of inviolable, absolute, unflinching and  untouchable revelations, utterly irreconcilable and incompatible with one and another. Utterly unwilling to concede or even give credence to the opposite point, view, grievance and narrative. Giving credence to your opponent’s point is blasphemy. You’re a heretic and an apostate. Or, for me as a unionist – as expressed colloquially in Northern Ireland (and with the unsettling threat of reprisal) – it makes me a “Lundy”.

Well this garden centre prod and “Lundy” doesn’t care. That theo-unionist certainty is obscene. It makes you fat and flabby. Little Brian even went to Na Bopóga! at Cultúrlann for a bit or Irish.

But the same applies to republicanism. And this is my point on the Feile – it seemed like an unquestioning echo-chamber. A cosy cosseted self-congratulatory shinner-steam bath, save for the odd token unionist, like myself and John Dunlop and a few others.

It was the ladling of sanctimony over the warm stones of ineffable certainty.

This does nothing for the sinews and ligaments of your argument. Nothing but grease you in the fuzzy and reassuring glow of self-righteous bath salts.

Like in West Belfast talks back (participants and my cartoon  of them pictured below). 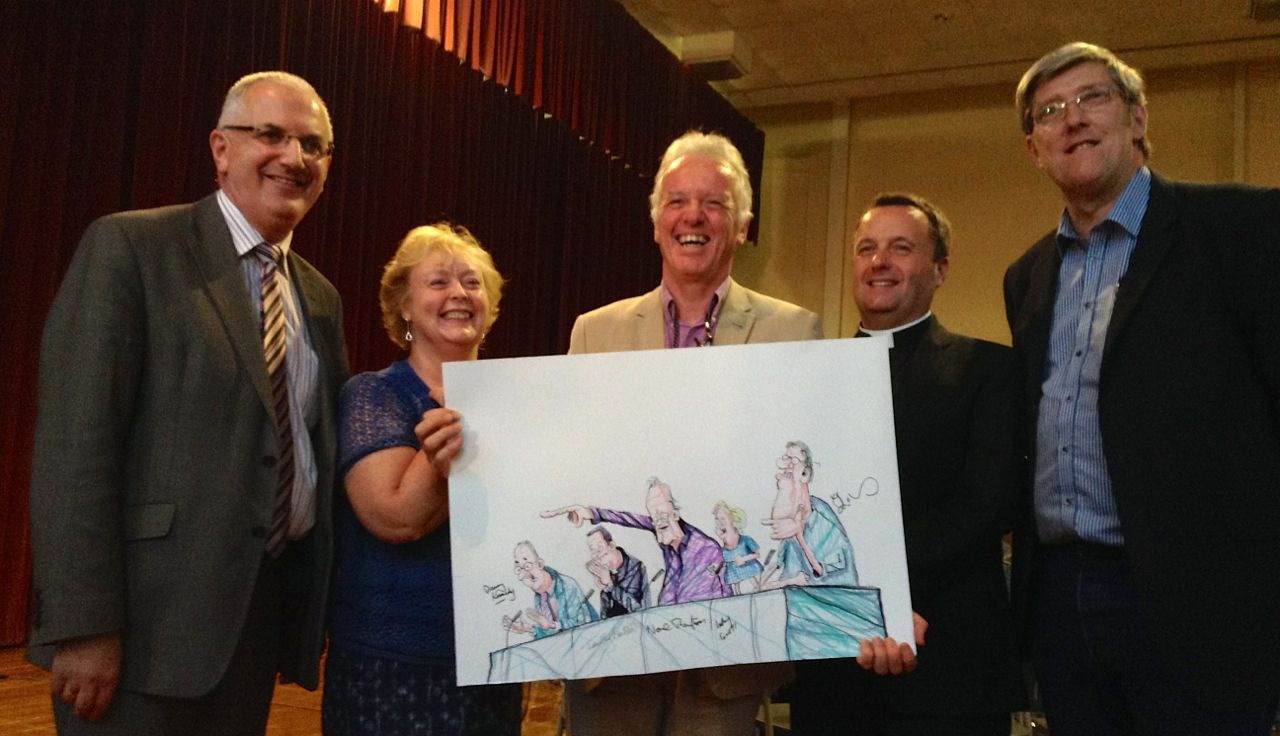 Then there was the ceasefire talk, a lady mightily chastised Barney Rowan for saying loyalism needs some charity from the Shinners. It was a, “us’uns” get nothing and ” them’uns” get everything, argument. It made me want to say:

“Excuse me Madam but you’re starting to sound like one of those lachrymose loyalists. You put me mind of David Ervine who said, “Sometimes I feel like I’m looking after white trash always complaining that the other side get everything.”

Then there was our very own Colm Dore who was roundly feted for saying unionism needs to show leadership. It was a bit like saying “kick the pope” at a loyalist rally, lots of cheers but fatally devoid of substance.

Then there was Brian Feeney the vexilloliuqist talking flags. He made frequent digs at the philistinism of loyalism, much to Debbie Waters’s evident consternation. What about trying to look at the cause and potential remedies instead of taking shots at open goals.

Then there was this consistent sneering contempt and condescension for British identity. It’s a construct and they’re all goons, as though West Belfast which to me is more Irish than Ireland, isn’t redolent of the “comely maiden” – “romping” lads Celtic-brigadoon Ireland of de Valera. It’s infantile Brits-out stuff as though Irish society hasn’t come out of the figurative birth canal of Anglo-western liberal democracy.

The grand irony for me is the America worship, as though America isn’t what happens when you do the Ulster plantation over a continent. I’m not sure what consultation or treaty was signed before those pesky planters defenestrated the natives of their land.

It was Atticus Finch that said to understand another person you need to put yourself in their skin and walk around in their boots. It’s about magnanimity and generosity.

Both sides need to cut the flab and expose themselves to the rigour of the other side. It’s about opening your mind to the other side before opening your mouth with facile and aspersions. The alternative is to become the self-cartoon that so many of the bands and paraders are, on both sides: flabby, slack-jawed, stoop necked. Time for a rigorous work out on both sides.

Social share:
Brian Feeney Féile and Phobail Northern Ireland West Belfast
Previous Article“Even the Greeks know that Utopia is merely another word for nowhere” – by Dr. Maurice Hayes
Next Article ‘The irony of an Ulster Protestant as custodian of the memory of the men of 1916’ – by Brian Spencer