You are at:Home»News & Current Affairs»Walking away has failed before and will fail again – by Terry Wright
Social share: 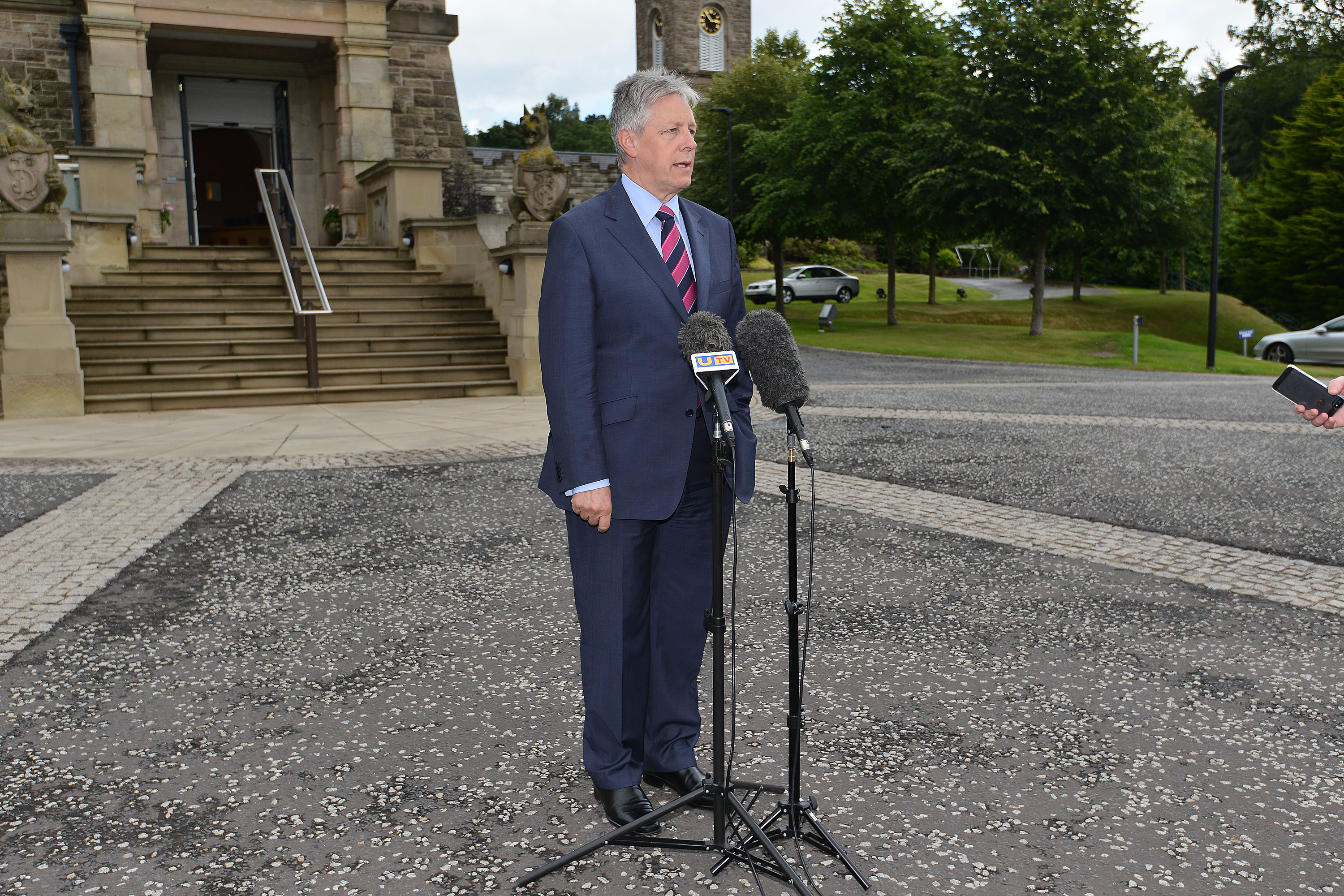 Unionist leaders have articulated a rationale for their action in walking out of talks in response to the Parade Commission’s latest determination on the application from the Orange Order to walk in a contested area of North Belfast.

Tactics are informed by a perceived need to channel and control tension that could spill over into violence seen by some as bringing rewards.

As before, it will be used as an excuse to vent irrational rage and score a victory for a form of expression that in a divided society is for some, especially those who operate outside the discipline of organisations, not just a stroll down the street. Rather are they hard-wired to mark out territory. The calls for peaceful protest will be seen as advance damage limitation. This is not a first.

But, this is not leadership albeit that there is a perverse logic in difficult circumstances. This is crisis management and a mark of failure in allowing the situation to reach this point.

Unionism has allowed the three so-called ‘toxic issues’ of parades, the past and flags to become a metaphor for unionist inflexibility and an indication of its incapacity to transform and lead rather than merely manage.

Working in obvious co-ordination the leaders of unionism and the Orange Order have managed to facilitate the demonization of the movement and its portrayal as an intransigent and triumphalist organisation.

Those many members of the Orange Order for whom the movement has significant cultural and social significance, who are law-abiding and celebrate their membership firstly as an expression of Christian faith must begin to grow uneasy in their association with the politics of intransigence.

They are surely unhappy with the ill-considered response of the leadership to the undoubted provocation that comes the way of the organisation. It merely serves to undermine any moral high ground that the Order might claim.

Politicians who walk away from talks aimed at reconciliation and solutions merely strengthen the perception.

If this had been the strategy in 1998 there would have been no Agreement. The tragedy is that having created a process, unionism has continually failed to build upon it.

Unionist leaders must know that this is not representative of unionists who feel disenfranchised by their strategies and policies. All unionists are not Orange unionists. Nor are they all Protestants unionists. It is they who are not registering to vote. It is they who, in increasing numbers, are not voting in elections.

Hope and expectation are diminishing with politicians who live in a mode of perpetual identity crisis. Threats to collapse the institutions are becoming ritualistic and losing credibility.

Lip-service is paid to dealing with issues pertaining to the economy, education and health but every action seems shaped and characterized by the need of nationalism to show that it is more Irish than the Irish and for unionism to mirror this by showing that it is more British than the British.

Both ideologies are defined by the time warp in which they operate. Politics as a result have become a crucible for failure. A growing constituency from all backgrounds want no part of it and seek review of the political process.

The growing disillusionment with politics since the beginning of the flags protests is palpable.

Political leaders can only lead where people are willing to follow. As the constituency to which they think they appeal deserts their leadership they will find that they are no longer leading, they really are going for a walk.