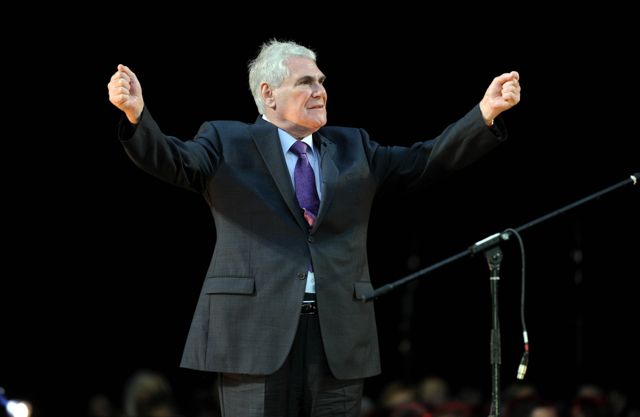 Some people were horrified last week by James McConnell’s remarks about Islam; others were no doubt delighted. Freedom of speech entitles McConnell to say what he thinks, but when it may have consequences for the rest of us, I for one would prefer that he think more and say less. But that’s not likely to happen: when people appoint themselves to speak or act on behalf of god, it gives them licence to disregard how it might affect the rest of us. If you believe yourself answerable only to god, anything goes if you can square it with your notion of god. It is endemic and axiomatic amongst fundamentalists to believe their god is the real god, and this narcissistic mindset is dangerous. At the far end of this attitude spectrum we find 9-11.

The basic theme of the religions that encourage fundamentalism is that god has revealed himself (always himself) through one or more prophets, whose message has been preserved for us in a series of sacred writings. Christianity obviously makes unique claims about one particular prophetic figure, but the sales pitch still amounts to believe this is god’s revealed truth, or suffer torment in hell for eternity. Thus religion raises the stakes from the temporal to the eternal, and all earthly affairs such as the trifling matter of human rights become largely irrelevant. Which is actually logical if the message is true, but there is the rub of the whole thing: we are told god kindly authenticates the revelation with signs and wonders, but if you weren’t lucky enough to be there at the time then you have to take other people’s word for it, or “have faith” as religious people prefer to call it. Some may call it conviction, some may call it revelation, some may call it trust; I just call it opinion – you’re entitled to it, but you might just be wrong, and so it should be subordinate to human rights, which is something we can, and should, all agree on.

Fundamentalism therefore raises a fundamental issue for peace-seeking societies, and I don’t think we can look to our First Minister for leadership on the matter. Fundamentalist religion tends to divide the world into believers and infidels, and that just isn’t helpful in trying to get along together in our global village. The guy down the road believes in a very similar god, but in fact he’s the devil’s spawn because his god isn’t quite my god. My god is the real one. In this worldview, respect, tolerance and equality come a very poor second because you (think you) know the one true god, and earthly things (such as other human beings/devil’s spawn) just don’t compete.

Monotheistic religions – ones that require you to believe in one god, and one revelation of that god – are therefore by nature divisive, and give licence to the deep-seated and destructive human tendency to see the world in us-and-them terms. We might now have legislation that forbids discrimination on many of the traditional us-them prejudices of the past – gender, race, sexual orientation, disability – but monotheisms tend to reinforce them instead. A quick dip into Deuteronomy – a book that is part of the scriptures of at least three world monotheisms – should confirm that for you. God knows how much pain and slaughter have been visited on humanity as a result of the attitude that since infidels are hell-bound for all eternity anyway, it hardly matters if believers assist them in arriving early.

On closer inspection, monotheistic religion seems to come with a built-in division of its own, between what you are required to believe, and how you are required to behave – and over which one guarantees you a Green Card when you disembark at the Pearly Gates. Theologically the Reformation revolved around this issue, protesting the primacy of faith over works, arguing that it was what you believed, not how you behaved, that got you into heaven. What monotheistic religions require you to believe tends, in my opinion, to be divisive, whereas the moral code that comes with it is generally beneficial for all of us.

Unfortunately the human condition is such that people often need to be motivated by belief in order to up their moral game, so it isn’t easy to have one without the other. In my view religious ritual and religious doctrine are blatantly man-made (and I mean that gender-specifically), but clearly belief matters to billions of people on the planet. I suspect it offers palliative relief from the psychological turmoil of being human; it did so for me for a long time.

The debate over faith versus works goes on in religious circles, let them at it, but it seems to me that the outcome, if there ever is one, is central to determining the contribution of religion in a peace-seeking society. In his 2010 public debate with the late Christopher Hitchens on whether religion is a force for good in the world, Tony Blair scored a spectacular own goal (something to the effect of, “look, in Northern Ireland, there are religious people from both sides doing great work to heal the divide”). Neither man seemed to realise that they were both ultimately arguing for the same worldview, the primacy of a values-based life and society. No self-respecting fundamentalist would want Tony Blair arguing their corner of course, but my point is that if religion persuades people to abandon a hedonistic or destructive lifestyle and work for good then that is to be welcomed. My most recent taxi ride in Birmingham was with a Muslim driver whose told me how returning to the faith he was born into had set his life back on the rails. His testimony was identical (in my ears) to many I had heard in evangelical churches in Northern Ireland.

Therefore I believe there is a huge challenge for society, in how we encourage the positive side of religion whilst sterilising the negative side. Peter Robinson’s contribution has thus far made a mockery of the DUP strapline, “let’s keep Northern Ireland moving forward”. I wonder how he would take to the suggestion that real faith is being prepared to pay the price of living by a set of values, when you don’t necessarily believe god is on your side and is some day going to vindicate your choice to do so.