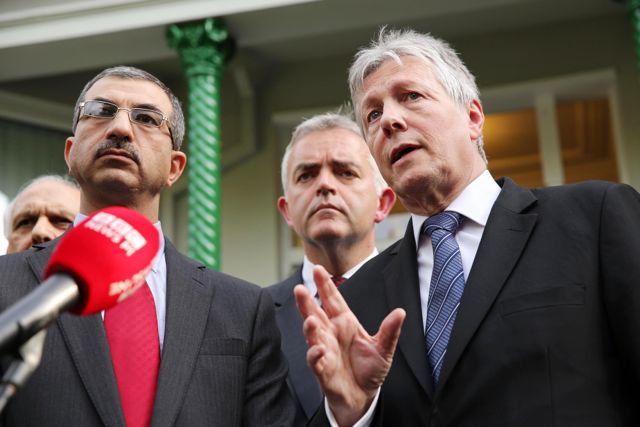 On Tuesday Northern Ireland witnessed a rare thing – a public apology from a politician for a grave error. The patience of the offended party – the province’s Muslims – has at last been rewarded by the First Minister’s open acknowledgement of a serious aberration from good manners.

While it is said that confession is good for the soul, that doesn’t make it easy. The more glaring the offence, the harder it is to admit it – especially before a wide audience – as Peter Robinson has had to do. Thankfully he did not make things harder, as some men do, by spoiling his apology with an excuse.

Mr Robinson is right to say that he cannot go on apologising for the rest of his life. He proffered a private apology to Muslim leaders last week. He has apologised publicly this week. This is considerably more than some public representatives would do!

Peter Robinson’s expressed desire to “build a united community” is also to be welcomed. His call for the fast-tracking of a new Islamic Centre suggests that he is serious about the needs and concerns of minorities.

Hopefully Northern Ireland can move forward now. That is what the whole community craves. Let us pray that politicians of all parties will re-double their efforts to satisfy the people’s aspiration. May they have a baptism of God’s grace to that end.

(A shorter version of this article has been sent as a letter to the Belfast News Letter).