You are at:Home»News & Current Affairs»The jigsaw piece that makes much more of the picture – Brian Rowan on the farce and pantomime of the OTR play
Social share: 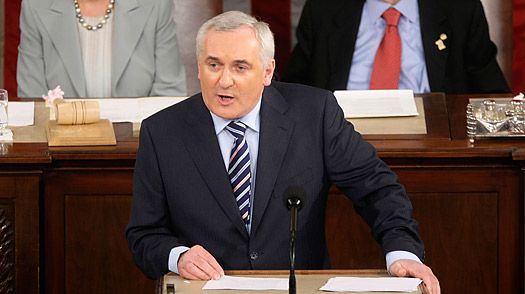 Just days ago, my journalist colleague Liam Clarke produced a jigsaw piece that gives us more of the OTR picture – a much clearer view.

It takes us back to March 2002 and to comments made by then Taoiseach Bertie Ahern in the Dail.

Commenting on the issue of on-the-run suspects and what was happening, this is what he said.

“This issue is difficult for the British Government as Members will be aware from comments made in the House of Commons and the House of Lords.

“There are two options for dealing with the OTRs. There is an administrative  procedure which the British Government can follow, but it is quite lengthy.

“It involves checking each case through the administrations of justice and policing in Northern Ireland to ascertain the status of the case and whether it can be cleared.

“The other option is legislation.

“It is probably likely that the British Government will continue to use the administrative system; I do not anticipate it introducing legislation in the short-term.

“The Prime Minister Mr Blair reiterated to me in Barcelona on Saturday that it was his intention to honour his commitment irrespective of which way he chooses to deal with it.”

There you have it – in the words of Mr Ahern, more than a decade ago, the naming of a British Government administrative procedure and what it entailed.

Checks within the justice and policing systems to see which cases could be cleared.

This jigsaw piece is important because it fits with another that dates back to June 2002 – just a few months after Ahern’s Dail comments.

Then at the BBC. I reported that the high profile on-the-run Eibhlin Glenholmes case had been settled.

Two years earlier, the Northern Ireland Office had responded to a request for information, checked with the prosecuting authorities and confirmed she was no longer wanted.

A review had been conducted by the Crown Prosecution Service and, at the time, I quoted a source saying “some dozens” of cases had been settled.

Set this information alongside the reviews and investigations now happening – one being conducted by a judge and another by a committee of MPs.

The issue they should be addressing is why specific questions were not asked as, periodically, clear indicators of a process emerged.

What were the questions asked by politicians in 2002 and earlier?

What questions were not asked?

Some might attempt to say this happened on Trimble’s watch, but it happened on many watches.

The most detailed piece of information was reported in June 2007 by the journalist Chris Thornton then at the Belfast Telegraph.

It wasn’t speculative, but precise.

The figures were provided by the Attorney General’s Office after a freedom of information request.

Thornton’s report came just weeks after Paisley and McGuinness entered government together and, again, the questions are the same.

What were the questions asked by politicians at this time?

What questions were not asked?

No one, for one minute, is suggesting that the fine detail was out there in terms of the identities of those cases that were considered.

But there was ample information that provided an opportunity for questions at a much earlier stage.

That’s the real question and the political narrative that nobody knew is a nonsense.

Was the Dail commentary missed, the news reports, the headlines that came with the high profile cases, all that detail in Thornton’s report, the figures in Eames/Bradley and other indicators including the publication of Royal Pardon documentation?

Is that really believable, credible, convincing?