You are at:Home»News & Current Affairs»Opinion»Dungannon woman Maeve Cunningham goes right to the top of the class – by David Maley
Social share: 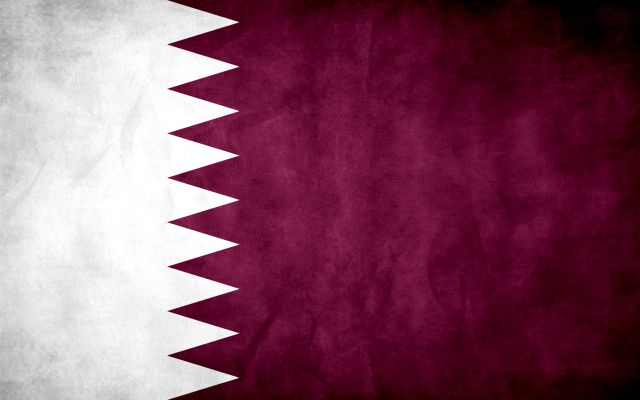 Hope at last! Hallelujah. There has been no shortage of analysis on this forum in the wake of Pastorgate, but I would suggest precious little hope (I should of course qualify ‘hope’ as ‘hope in which we can all share’, in an effort to avoid provoking a fusillade of predictable religious cliché).

So I was pleased to see the education section of this week’s Irish News carried the story of a young woman from Dungannon who has just spent her first year after graduation teaching in Qatar. She wrote the reflective piece on her experiences before Pastorgate broke – she may still be unaware of it for all I know.

Maeve Cunningham sets the scene of her arrival saying,

It is hard to believe nearly a year has passed since we landed into Doha in 40 degree heat on that late August night. An old rickety bus transported me to my apartment building where I was to lay my head for the next year. I soon discovered I was alone and without an internet connection. ‘How can I survive in the Middle East without Skype and Facebook?’ were the main thoughts running through my head.

She goes on to add,

In despair and in need of company, I attempted to flag down a taxi to meet other graduates of St Mary’s University College who were embarking on this journey with me. This proved more difficult than expected as Qatar has no street addresses, and locals rely on known landmarks to give directions – all part of the “Inshallah” (If God Wills It)  attitude that Qataris live by.

Her workplace was a very cosmopolitan place,

With regard to school life, I will never forget the wonderful children in my Year One class. We have learned and shared so much together, including a mutual understanding of diversity and respect for other cultures. The children came from all over the world, from countries such as Canada, Egypt, Iran, Pakistan, Sudan, Jordan, India, Croatia, Indonesia, Sri Lanka, South Africa, America and not forgetting Ireland, of course.

Throughout the year, the children never ceased to amaze me with their willingness to learn and their whole-hearted participation in school activities. We learned, studied, laughed and played together, regardless of culture or skin colour.

When you are a young person far from home, reminders of the culture and identity you were reared in can be very important, and so, of course, is the freedom to continue to engage in them.

We were adamant we would not forget our roots, and made sure through traditional music nights, Irish language classes, the formation of our own ‘Cumann Gaelach an Chatar’ and attending gigs from our very own St Mary’s band ‘Folk That’.

I have worked with some of the most difficult parents I expect I will ever have to work with whilst here. As Special Educational Needs are not widely recognized or funded in the Middle East, working together with parents to form an educational plan proved impossible on many occasions. On the other hand, some parents have been very welcoming and kind and I have enjoyed chatting with them at parent-teacher meetings, finding out about their different traditions and customs.

Throughout her reflection there is an undercurrent of respect for the people and the culture in which she found herself. In my view, Maeve’s reflection represents genuine hope that our young people can think for themselves, and may not be inheriting the parochial and hidebound outlook that has shamed Northern Ireland in the eyes of the world. Certainly our young people will have an easier task integrating with the rest of the global village once the careers of our present generation of religious and political dinosaurs are extinct; but full credit to this young woman for demonstrating she has done so regardless. Hallelujah.

Social share:
Previous Article(Video) Why not kick Armagh and Cavan out of the Championship in wake of week-end brawl? – Eamonn Mallie opines ..
Next Article The jigsaw piece that makes much more of the picture – Brian Rowan on the farce and pantomime of the OTR play