You are at:Home»News & Current Affairs»Finishing the job applies to the Governments as much as to local parties – by Peter Osborne
Social share: 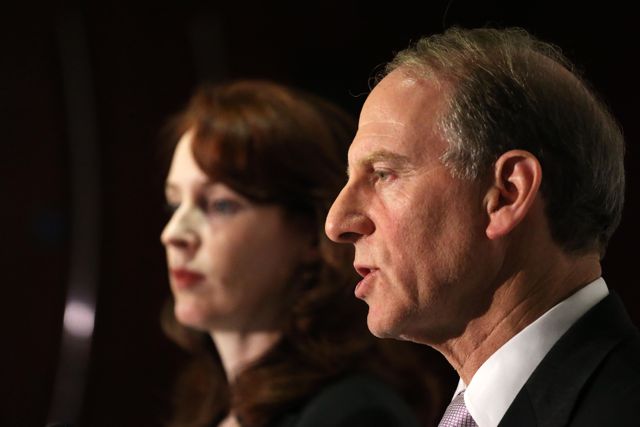 We have come a long way in the last two decades.  And yet, the memory of the horrendous history of the 70s and 80s still hinders the hope we have for a brighter future for our children and their children.

That hope was manifested clearly by the visit of the Irish President to London in April rapturously received by people and warmly embraced by his hosts.  It was a statement – made real in words by the President and the Queen – that both governments would never let relations between people on these islands sour again in a way that they had in the recent past.

The task of building reconciliation and peace in Northern Ireland impacts on those relationships now and it will continue to do so in the future.

That is why it is urgent that the Governments again put their shoulders to the wheel. As a priority at the core of peace building on and across these islands, they need urgently to engage and re-double their commitment to the reconciliation project.

But for that to happen it needs to be empowered beyond the lowest common denominator of what is politically possible here given so many and such contrasting and competing interests.

That is why the two Governments must now engage pro-actively in efforts to resolve the key issues of dealing with the past, our shared identity and our common legacy; issues raised by the local parties as part of the O’Sullivan/Haass facilitated process but issues that concern the two governments as well.

What we can also do locally, helped by the Governments, is to deliver a long term and ambitious peace plan that matches the ambitions of civil society.

We need to take seriously the need for systemic approaches to relationship building.

We further need to ensure that the structures for supporting and resourcing good relations and reconciliation work are strong, and that robust systems are in place to monitor and challenge poor policy and practice.

In this regard, the two Governments have a responsibility too. They are guarantors and guardians of the 1998 Agreement and subsequent agreements.

As some of those with much to gain or lose from the state of relations on these islands, they must ensure that the structures supporting peace building and reconciliation are able to deliver what everyone wants to see – an enduring peace process and a better future for us all, built on good relations for people not just in Northern Ireland but across all parts of these islands.

We have come a long way and much progress has been made. But as President Clinton reminded us, we now have to “finish the job”. There is no room for anyone to be complacent. In the current log jam and given their responsibilities, the British and Irish Governments must reflect again on the importance of the role they have to play.

With further drift, there is the real prospect of progress being lost and Northern Ireland slipping back. It will be a tragedy if this happens because we were not adequately supported to be sufficiently ambitious.

[A shorter version of this article appeared in the Belfast Telegraph on 30 May 2014.]