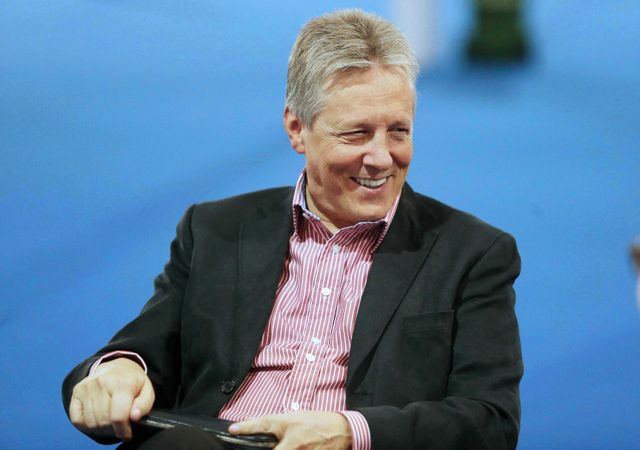 It would have been hypocritical for Peter Robinson not to have backed Pastor McConnell. He’s right at home.

If people are shocked, it just shows how the DUP has conned people.

It’s not a reformist, post-Troubles party; it’s a Cold-war era free Presbyterian sect that passes for a political party. Not only are there Catholics and commies under the bad, now there are “Moslems”.

This is the politics of fear, not hope. The language of pogroms. Words not even Nigel Farage would utter. These are the words, at a stretch, of some ailing, crack-pot Tory backbencher – who if he did say them, would get booted into political oblivion. i.e. summarily sacked.

This is the DUP’s world. Politics of isolation, absolutism, religious certainty and threats, As Daniel Finn said:

“In British political terms, the DUP slots in between the right of the Tory Party and the BNP.”

They make a mockery of British democracy and a parody of Britishness. As Brigid Brophy said in the Spectator:

“The Northern Irish have indeed made themselves less and less like the British of the mainland by refusing to move on with the mainlanders from a merely numerical towards a tolerant conception of democracy.”

It’s not a Lockean democracy of religious freedom and enlightenment, but a party that will put flags before food, side with angry loyalist street protesters confronting the PSNI.

Again, this is the DUP’s world, not the western world we know and of which want to be part.

The world is opening up. We want to be part of that. Open for business. Open for immigration. Open for religious pluralism. Open for homosexuals. Open for a mixed economy.

Peter Robinson has sent out a message that we’re closed to Muslims.

This is anti-economy. Not only will it effect investment, it marks us out as intolerant and religious weirdos.

It’s long past high time we said that we did not want to be ruled, never mind associated with this sort of religious madness. We don’t want creationists doling out policy, religious prohibitionists drafting legislation. We don’t want society stultified and insulted by this hysterical garbage.

What’s next: the decrying of Catholics? By backing Pastor McConnell, Robinson has not only backed racism by his failure to unequivocally condemn racist attacks, but has now licensed the exclusion of religious minorities.

Peter Robinson isn’t a leader, he’s an alibi and a excuse for unionism’s abject failure.

Where McGuinness’s handshake has deprived unionism’s hostility of its substance, Peter Robinson and the DUP continue to feed discontentment with the Union with Britain.

Shame on unionism which has facilitated years of loyalist hysteria, a dangerously false grievance narrative and a near-two year campaign of hostility on the streets.

Now we can say, shame on unionism for backing a religious leader and islamophobia over tolerance and religious pluralism.

This is really dangerous. This is but a further move to deceive, manipulate and propagandise impressionable loyalists. I’ll say it again, like I did last time: those who believe absurdities may take this further.

This sort of religious demagoguery needs repudiated, for the local sake – before this gets worse, for the international sake – before Northern Ireland unionism gets marked off as a pariah in the global community.

We want a naked public square – a wall of Separation between church and state. We have had enough years of terrorism and sectarianism.

Time to get tough on these religious loud mouths.