You are at:Home»News & Current Affairs»“To build a future, you have to know the past” (Otto Frank) – Terry Wright on our past
Social share: 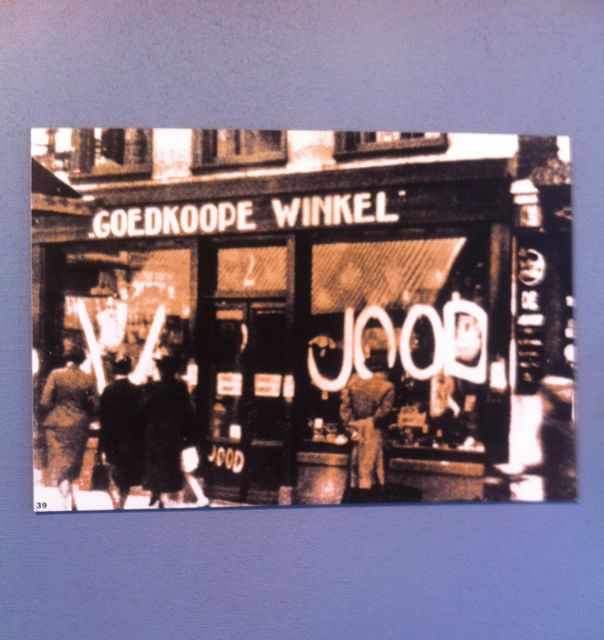 Amsterdam is a busy and welcoming city of many attractions.

To judge from the many people of differing ages and nationalities who stand in lengthy queues that extend around the Westerkerk on Prinsengracht the Anne Frank house is one of the most popular.

This is not surprising. The Diary of Anne Frank has been translated into many languages and is widely read throughout the world. It has been the subject of television and Hollywood drama.

Set against the background of the deportation of Jews from Nazi occupied areas during World War Two, there is particular empathy with the Frank family and their subsequent fate as a result of the ‘ Final Solution.”

Visiting the premises that served as a sanctuary for Otto Frank, his daughter Anne and other family members until their betrayal to and subsequent deportation by the Nazi occupation forces it is easy to appreciate, if not fully understand, the fear and apprehension mingled with tension at being imprisoned in a small space. Such was the daily experience of the Franks and their friends. There is too, acknowledgement of the risks taken by those who hid the family and a strong sense of how Dutch people saved the Jews. It is a monument to Dutch resistance. However this is not the complete narrative.

Not far away in the former Jewish Quarter of Amsterdam there are stark reminders of the extent of the suffering of the Dutch Jews of the city.

The Jewish Historical Museum does not dwell on the Jewish experience during World War Two but from the limited exhibits there is a clear indication of its human impact. Personal belongings, once the property of children and adults, exemplify alongside photograph evidence the human cost where unfettered hatred, prejudice and brutality comes to inform an ideology.

In the nearby Hollandsche Schouwberg, a Jewish Theatre which served as a holding base for Dutch Jews before being sent to transit camps like Westerbork and then the extermination camps, there is a memorial showing the family names of 6,700 families rounded up by Dutch Police at the direction of the Nazi authorities. 104,000 individuals were murdered. Of 25,000 in hiding, 18,000 survived. The Jewish Quarter all but disappeared as homes and business properties were seized. Some were subsequently destroyed as a result of bombing.

In February 1941, Dockworkers went on strike for two days to protest at the deportation of Jewish families and there were many who were brave enough to hide individual Jews but later the Nazi Senior Police Officer in Amsterdam congratulated the Dutch Police for their efficiency and effectiveness in ‘catching Jews.’

Whilst there were acts of solidarity with their fellow citizens, the Dutch did not save the Jews.

Apart from the immediate threat of occupation Holland was a place of insular rather than shared space where sub-cultures and narrow identities were a feature. Rarely does this fail to produce thinking and structures of a too narrowly defined nature with little encouragement to think beyond the circumference.  It informs and shapes responses to events and situations.

Before the war there had been tension between Ajax seen as a team popular with Jews and containing Jewish players and Feyenoord whose support was strongly anti-Jewish. This is not evident from a visit to the Anne Frank house.

The fact that in Amsterdam there existed a Jewish Quarter is indicative of segregation within a shared society. Jews were initially made to feel welcome in Amsterdam. There is a striking Portuguese synagogue. They gained civil rights in 1796. Many prospered to become wealthy merchants. Jewish culture prospered through schools, synagogues, theatres and charitable works. Jewish festivals were celebrated to preserve culture and encourage community but a community of uncontested values and meanings within the larger community. This is not evident from a visit to the Anne Frank house

In fairness the Netherlands in the aftermath of World War Two has moved a long way from the divisions that characterised Dutch society. Although unwelcome racial tensions surface it is further on a journey to tolerance and diversity than many countries.

In Northern Ireland we aspire to the creation of a shared community.

The words of Otto Frank that to ‘build a future you have to know the past’ offer wise counsel.

If we are to achieve that to which we aspire we need to know our past in terms of why we are what we are and where we are. How do we choose to structure our beliefs, convictions and values? Have these had an impact on our past?

Our past has shaped our present and how we respond to it in the present will inform the future. We are not its prisoners yet we have allowed it to produce genetic profiling of our politics that in turn build barriers of the mind reinforced by routine, ritual and adversarial venom content to pick out what already confirms prejudiced views. Politics have become a metaphor for inflexibility on core issues.

As our experience shows and continues to show, it is a combustible mix bringing threat to long-term democracy, prosperity and stability. 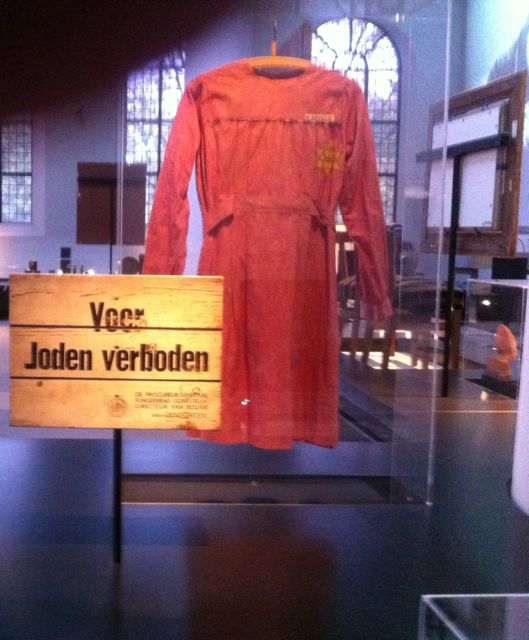 The political process we have endorsed and the leadership we have chosen has failed to produce sufficient challenge to or acknowledgement of old tribal dangers and desires. It is perceived as a success story yet with some exceptions and an over-reliance on specific individuals with an alternative vision, serves to obscure and ignore.

We will not produce solutions by failing to acknowledge this as a problem. We will not provide transformation against the grain of political, cultural and organisational inertia.

This is moral pretence as institutions, monuments, symbols, festivals, segregation and the incapacity to acknowledge and confront our past serve to ghettoise within a moment in time. And, this is to say nothing of the tricky terrain of religious schools which go beyond the nurturing of faith to produce and perpetuate cultural, political and social networks that, however unintended, contribute to the limitation and fragility of change through formal exclusion.

There is a level within certain contexts at which they perpetuate inter-generational prejudice. They often enjoy outstanding academic success but at the cost of a societal and structural deficit. The same can be said of schools that are non-denominational in terms of religious affiliation. Whilst portraying normality they perpetuate unwelcome historical legacies and encourage tribal rivalries and contested identities that impede change.

In managing our sectarianism and sealed life-circles we tinker tentatively at progress with too much sensitivity towards the wilful ignorance of political, educational and religious leaders, of our choosing, who know but choose not to.

The seeds of change which have been sown but are not yet deeply rooted continue to struggle for existence in some areas where the soil remains contaminated.

In examining their history other European societies like the Netherlands and Germany have learned that reality is a word that can die in the hands of its friends.

Often throughout our history there has been a contradiction in what we think we are and what we are in reality. What passes for reality and normality can be deeply flawed in moral and ethical terms.

A community is what it does and fails to do. Leaders are always accountable for the quality of leadership provided.

It is no less the case that a community is always responsible for the leadership choices it makes. Indeed, it is the case is it not that leadership and vision first begins within the individual?

Social share:
Amsterdam Anne Frank Jewish Nazi Northern Ireland sectarianism
Previous Article“Judge nothing before the time” (1 Cor.4:5) – Kyle Paisley on the arrest of Gerry Adams
Next Article “A Guilty Prod” – “not so” bites back Glenn Bradley