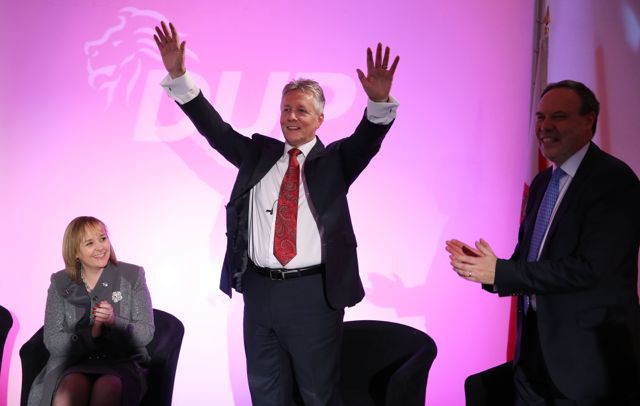 While there are irreconcilable differences between the theology of Biblical Protestantism and the theology of traditional Islam, this is no reason for any man to go out of his way in order to insult another.

There was no one more outspoken on religious and spiritual matters than the Son of God, who highlighted the ignorance of the woman of Samaria by saying – “Ye worship ye know not what…” (John 4:22).

Nevertheless, Jesus Christ was above the charge of a calculating abrasiveness. His worst enemies – the religious leaders of His day – found nothing in His speech that they could use against Him. This was in keeping with the declaration that the Messiah would not be motivated in any measure by self-interest.

Christ did not seek publicity for publicity’s sake. It is incumbent on all Christian ministers to take their motive as well as their view of things from Him (Isaiah 42:2).

And what can be said of the DUP leader after his remark that he could only trust Muslims to “go down to the shop” for him? It shows just what a condescending ignoramus he is! His remark leaves a deep stain on his own reputation, the reputation of his party and the reputation of the religion he professes to believe in.

It beggars belief that thus far not one within his party has the nerve to publicly challenge him. Sometimes silence is golden. In this case it is plain yellow!