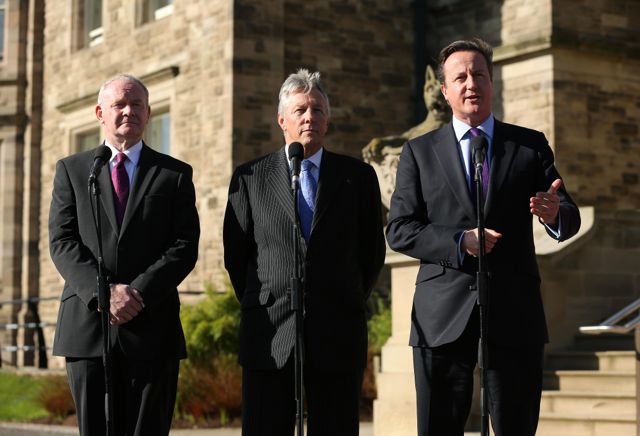 Gregory Campbell’s comment on the recent Downing Street reception for the DUP, brings to mind an old expression – peanut politics.

David Cameron would have us believe that no significant business was done in his meeting with MPs from the fourth largest party in Westminster. Perhaps that is the case. Still, the idea that it was a routine thing and that he was just fulfilling an obligation which he has to talk to various groups and parties in Westminster, is hard to accept as his real motive.

He may well need unionist votes should he fail to win an outright majority in 2015. A little humbling will not hurt him – a great humbling might be even better! But the DUP should make him work hard if he is to gain their support.

It should require more than diet coke and peanuts and sweet-talking to win them round. If he can buy them cheaply he will sell them cheaply when it suits him. They should not be won by flattery. Flattery and faithfulness are mutually exclusive (Psalm 5:9).

It is quite clear from Mr Cameron’s own words that his chief concern is Tory fortunes in the British Parliament. So he talks to those Northern Irish politicians that can offer him something, and deliberately delays meeting with those who cannot do the same, namely Sinn Fein. He uses Northern Ireland and abuses it at the same time.