You are at:Home»News & Current Affairs»Opinion»Crises… or political vandalism?
Social share: 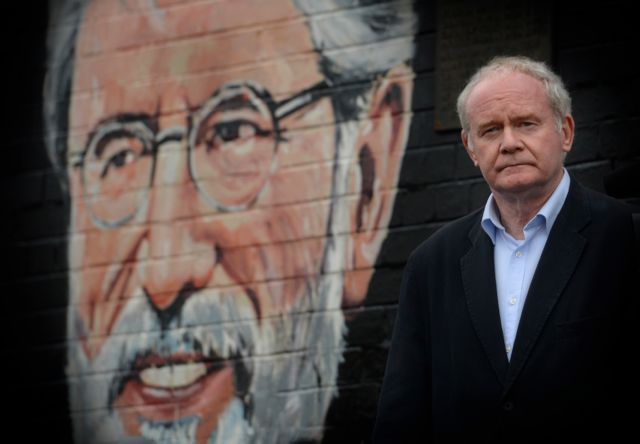 There are at least two ways to get rid of an ice cube. Hit it with a hammer or melt it. You can do much the same thing with fudge. As for political fudge the choices are limited. In the Northern Ireland context it is more likely to remain as manufactured but become stale, increasingly unpalatable and likely to crumble. It is for the consumer to seek an alternative.

The Northern Ireland peace process is a topic of extensive comment and political analysis. Suffice to say that it is an exhaustingly tortuous and source of process fatigue as it stalls on legislation, engages in wasteful debate, abandons costly initiatives and drifts from crisis to crisis.

The most recent past has seen the First Minister threatening to resign over OTRs and the Deputy First Minister, angered by those who dare to arrest Gerry Adams, uttering veiled threats likely to undermine the rule of law and the operational functions of the police.

When the masks slip, we see laid bare, lack of moderation and the unsavoury and undemocratic reality of mutual veto allied to accusation and denunciation. Leverage is weighted by the ability to cause havoc.

It is self -indulgence unworthy of those who want to be seen as leaders with vision and indicative of self-delusion in that they believe the vast majority of voters approve.

Instead of this unrestrained tactical struggle for partisan interests they should engage with other than their own constituency.

Instead, Planet Stormont is increasingly orbiting, off its axis, in a parallel universe of its own creation, alien to the needs and values of a growing number of the electorate.

Politics do not have to be this way. It is the politicians who make them such.

The Agreements that sustain the Northern Ireland process came through negotiation aimed at ending violence ordered by those, on all sides, who determined that there were lives not worth living. They were subsequently informed by creative ambiguity, reconciliation over remorse and peace over accepted standards of morality and justice.

It has not been grasped and the new order still awaits completion. It is foundering on the inability of two power blocs to work honestly, transparently and co-operatively.

On the one hand there are those who operate within a process they are committed to ending and work towards this objective. On the other are those on a narrow sectarian platform who market the process as reward for political violence and one to be feared.

Each view survives in a state of arrogant and communal self-reference but then the small dare not to be humble, it would be too threatening for them.

There is peace but left to these power blocs it always has the potential to break in pieces for neither bloc has peace within. They are not yet post-conflict.

They can only do politics in power and peace on their own terms. Were this not the case, there would be no need for the Haas talks or the handholding and coaxing of external governments.

When realities hit they have escape routes of veto, denial and threat through which they retreat from their responsibilities. Self-disruptive, they are bound by their own limitations.

In turn, the choice of the electorate, akin to passengers on a ship of bickering crew caught in a storm, is becoming limited and frustrated. The option lies between orange or green political vandalism. There are few experiences of progress as government merely provides the same experience many times. It’s a virus at the core.

Governance is supposedly ‘shared’. Why then do so many voters feel ‘ensnared’ and in increasing numbers, opt out of the political process?

Political leaders should do what they ought within the process or the process should be reviewed. These are not mutually exclusive.

No political party or leader has grasped the nettle of the need for positive review in terms of robust change, cost, civic involvement, opposition, gender equality and the role for an Opposition whilst safeguarding the fundamental principles of current Agreements regarding community support.

Yet, it is clear that the present process has reached the limits of its capacity to manage without fundamental and transformational amendment.

This will not be achieved where leaders are unwilling to pursue it so the answer lies with the electorate.

Strip those who hold us to ransom through their smug intransigence, of their power and influence. They have forfeited the trust to govern.

Reject serial protesters and negotiators who cry crisis, use vetoes and take politics back to the streets. They should not be encouraged further.

Threats to resign, politicians riding on the bonnets of land Rovers and rent-a-mob protest over an arrest are tiresome and of a past that has gone away… You know.

Review, restore the spirit of the agreements and move the country forward.