You are at:Home»News & Current Affairs»Opinion»“A Guilty Prod” – “not so” bites back Glenn Bradley
Social share: 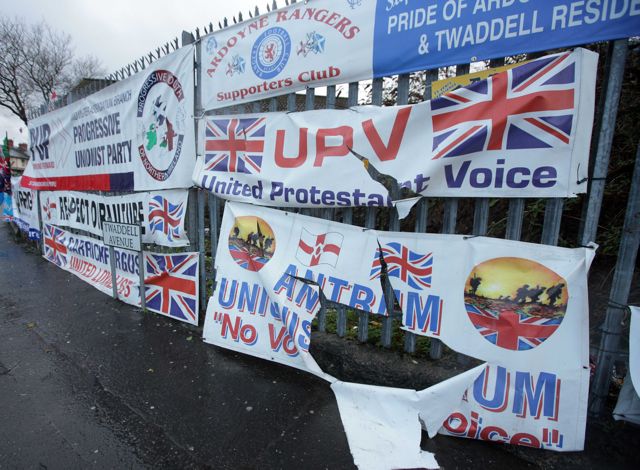 On Saturday 3rd May 2014 the Reverend Mervyn Gibson, an ordained Minister of religion for the Presbyterian Church and an Officer of Belfast County Grand Orange Lodge of Ireland made a speech to a gathering of people that support the Ligoniel Combine Parade to complete an antiquated but (Orange Order) traditional parade route home. This route home was lawfully restricted to stop on the 12th July 2014.

Listen here to that speech: https://www.youtube.com/watch?v=xlgRS2V-T8U&feature=youtu.be

In Rev. Gibson’s opening remarks he attacked what he derogatorily labelled ‘guilty prods’. I’ve been called a ‘guilty prod’ before and when I asked (at that time) what it meant I was informed by a loyalist that it was, to quote, “… a cunt like you that forgets where he is from when he became socially mobile. You think you’re better than us…”

When an ordained Minister used the term ‘guilty prod’ I asked members of public on Twitter how they interpreted the appellation ‘guilty prod.’

I got varying definitions but the consensus went like this:

“… someone who educates themselves and feels guilty..”

“… someone that does well for themselves professionally and feels guilty about working class prods..”

“… someone who licks fenian… because they’re all educated the same..”

The underlying definition of a ‘guilty prod’ is evidently someone of the Protestant faith who either through education or hard work, advances, their quality of life for that of their families.

As someone raised in a Loyalist family, during the Troubles in the Woodvale Road area, their sole interest for me was to improve my quality of life through education & hard work. As such, I found the label by a Minister and a member of Belfast County GOLI insulting. This was also a sweeping generalisation about any Protestant who doesn’t support the Twaddell Avenue protest.

As such I ask Presbyterians (because the Rev. Gibson is ordained by you) is this your honest view? Do you look on self-industrious academic or professional achievement as a betrayal that should make members of your denomination or other Protestant denominations feel somehow ‘guilty’?

I am asking the leaders of the Methodist Church, the Church of Ireland, the Baptist Church and others as well: is it your view that members of your faith who work hard to achieve a 3rd level education or professional accreditations should be labelled ‘guilty prods’ by an ordained Minister?

If you disagree with the Reverend Gibson or GOLI then your leadership and guidance is needed. If you agree, then, “Jesus Wept”.

I listened to the Reverend speak too about the abduction, torture & murder of Jean McConville while speaking of IRA sectarianism.

Hypocrisy rang in my ears as I (younger than the Rev. Gibson) remembered that Mrs McConville found herself in Divis Flats because a Loyalist mob had burned her out of east Belfast.

A debate between the ignorant murderous intent mob burning her out & the radical fools who actually killed her is like debating guilt between Judas and Pilate.

Social share:
Orange Order Reverend Mervyn Gibson
Previous Article“To build a future, you have to know the past” (Otto Frank) – Terry Wright on our past
Next Article Crises… or political vandalism?