You are at:Home»News & Current Affairs»Opinion»Why is Unionism ‘agnostic’ on a visit by Pope Francis to Belfast? – asks Kyle Paisley
Social share: 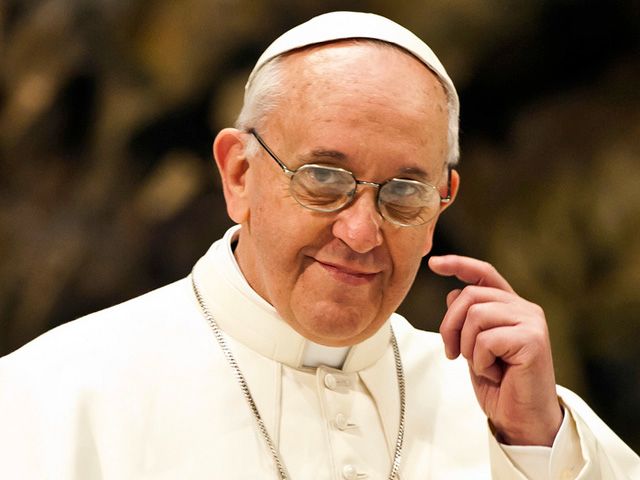 It is strange, to say the least, that hardly one dissenting voice has been raised by Unionist politicians or Protestant ministers against the proposal to bring the Pope to Belfast.

While on the one hand, the peace process requires both sides to go the extra mile, on the other hand in a ‘new’ Northern Ireland dissent should at least be tolerated, particularly on sensitive religious matters.

There are some things which neither unionists or nationalists, Protestants or Catholics, should feel compelled to support or even be neutral over. Every man should be able to freely and openly express his convictions. He must be true to himself.

That is why it is so hard to understand the neutral stance taken by the DUP, UUP and PUP on Belfast City. Unionists were true to themselves over the flag issue, but are remarkably subdued when it comes to a matter of greater import – welcoming to the province’s capital a man who is the very antithesis of Protestantism.

What of the rapid change in the DUP leader’s stance? Within a matter of a few days he changed his stance from “no need or desire” to meet the head of the Roman Catholic Church, to – “Yes, under certain circumstances.”

To consent to meeting the Pope if he comes a head of state, but not if he comes in a pastoral role is unreasonable and unworkable. What is more, Mr Robinson is well aware of the fact that the Pope is not merely a head of state, but is chiefly a religious leader. The Vatican State is essentially a religious state.  Therefore to consent at all to meeting him, will be seen as a come-on by the Roman Catholic leadership and not “hypothetical” in the slightest. It is an open invitation.

Before consenting to meet Pope Francis, he should have considered whether or not it was appropriate. There has been enough controversy over the disappeared in Ulster’s troubles and controversy surrounds the former Jesuit Provincial of Argentina in respect of the disappeared in the ‘Dirty War’ in his home country, where the upper echelons of the church were seen as too cosy with the military junta.

Social share:
belfast Catholic DUP Pope Pope Francis Protestant Unionist
Previous ArticleRemembering the Dead – shouldn’t come with reminders of the GUN – by Brian Rowan
Next Article There will be no winners in these wars – Brian Rowan on efforts to take ‘dissidents’ into a dialogue