You are at:Home»News & Current Affairs»The nonsense of not knowing – the twists and turns of the on-the-runs – by Brian Rowan
Social share: 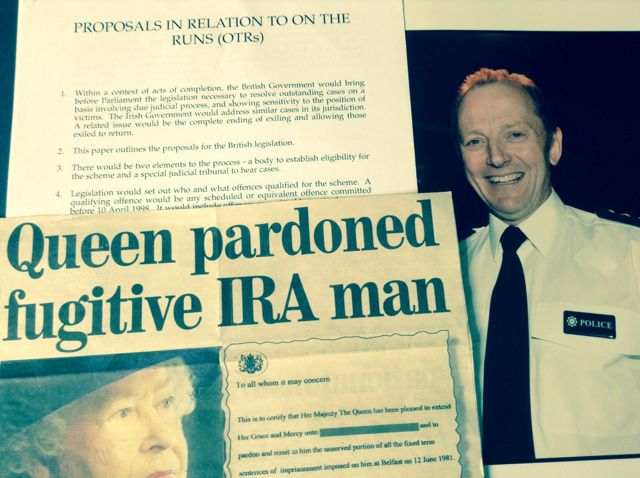 Every word that former PSNI chief constable Sir Hugh Orde speaks next Wednesday will be analysed and scrutinised.

It will be his turn to give evidence to the Northern Ireland Affairs Committee – just days after retired Detective Chief Supt Norman Baxter alleged Downing Street interference to try to have two republican suspects released by police in 2007.

The unfolding saga of the on-the-runs is a tale of twists and turns, but it is nonsense to suggest that no one knew anything until the headline collapse of the John Downey London case.

Not knowing was not wanting to know, and what we are watching is a political pantomime and a blame game.

The Committee of MPs is holding an inquiry into the controversial administrative scheme that over a period of more than a decade meant close to 200 on-the-run suspects were able to return home.

And it was in evidence to that Committee earlier this week that Mr Baxter made his bombshell claim.

He said Gerry Adams had complained to Downing Street about the arrests of Gerry McGeough and Vincent McAnespie and that Downing Street then rang the Chief Constable’s Office.

Sir Hugh Orde – who was in the top policing post here from 2002 to 2009 – will give his detailed response on Wednesday.

In the meantime, one assumes, diaries and logs and detail are being checked in preparation for the evidence he will provide to the Committee.

His public comment up to this point has been brief: “If Downing Street had called me asking me to release prisoners I would remember it to my dying day,” he told me earlier this week.

“No such call ever happened during the seven years I was there.”

But is it possible that a call from Downing Street came into the police system after a complaint from Gerry Adams?

That is what is being checked before the next evidence session of the Northern Ireland Affairs Committee – was a call made, what was the nature of the call, who made it, who took it and what happened next?

Sir Hugh told me there were occasions when politicians raised issues with him  around arrests and other matters – adding: “I told them to get lost.”

What he has robustly dismissed is any suggestion that Downing Street ever asked him to release suspects.

Any such request would be politics and politicians stepping well over the policing line.

In response to developments this week, Sinn Fein President Gerry Adams said it was a matter of public record that he had called for the releases of the two men and added: “I also protested to the British Government.

“I did not ask the British Government to intervene with the PSNI,” he said.

At the Policing Board on Thursday, Chief Constable Matt Baggott said the PSNI was writing to Mr Baxter – part of trying to assess exactly what the facts are.

By Wednesday we should get a more detailed response from Sir Hugh Orde, now President of the Association of Chief Police Officers (ACPO).

Both he and former Secretary of State Shaun Woodward will give evidence to the Northern Ireland Affairs Committee.

But, in its investigation of the OTR process, that Committee should take on board the mountain of information that was publicly known and ask why, in a place where politicians react to a bus being late, all of this was missed.

It was before their very eyes but, apparently, unbelievably, incredibly and inexcusably given the current fallout, no one noticed.

WHAT WAS KNOWN ABOUT ON-THE-RUNS: CHRONOLOGY OF INFORMATION

December 2000 – cases settled and reported involving republicans who escaped from Crumlin Road Jail 1981. These are cases in which the RPM was used.

June 2002 – News reports that the Eibhlin Glenholmes case had been settled along with some dozens of others. Reports detail process for doing so – information request to NIO, checks with prosecuting authorities, case review and response that she was no longer wanted.

July 2002 – Written answer from then Secretary Of State John Reid includes  – “any inquiries received in relation to individuals wishing to establish whether they are wanted in Northern Ireland in relation to suspected terrorist activities have been communicated  to the Attorney General, who has referred them to the prosecuting authorities and the police.

2003 – Proposals published for a Special Tribunal to address OTR cases. The planned outcome even for those deemed guilty would be no jail time. The proposals were part of a planned sequence to restore devolution in October 2003. That sequence was halted by then Ulster Unionist leader David Trimble over lack of detail on decommissioning.

November 2009 – Retired Detective Chief Supt Norman Baxter tells NI Affairs Committee of OTR cases under review. His comments included – “I can assure the Committee that there was an extremely unhealthy interest by officials in the Northern Ireland Office about prioritising individuals who were on the run and about ensuring that they were cleared to return to the North.”

June 2012 – Front page banner headlines Belfast Telegraph that once high-profile OTR Eibhlin Glenholmes had been appointed to the Forum for Victims and Survivors.