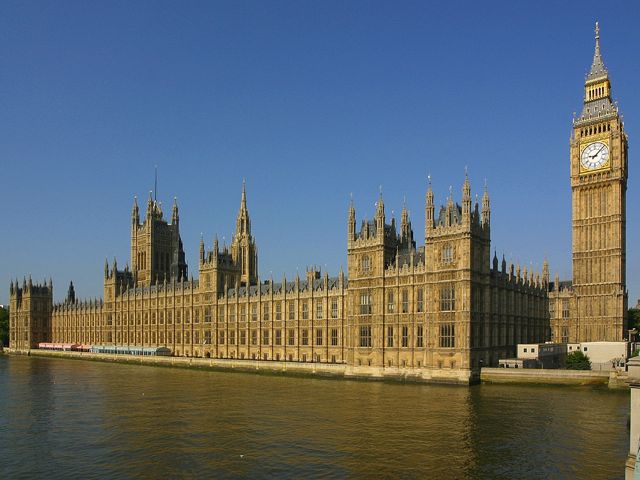 Abstentionism has been a long tradition within Irish Republicanism since the 1918 general election when Sinn Fein swept the boards winning a majority of the Irish seats within the House of Commons. The notion of ignoring the Westminster parliament as irrelevant to Irish life was a useful tool for Sinn Fein to differentiate itself from the Irish Parliamentary Party.

This problem with a ‘foreign parliament’ and the oath of allegiance fuels Irish Republicanism’s opposition to the prospect of playing any major role within the Westminster Parliament.

Now, the recent overture by Martin McGuinness in meeting the Queen and attending all of the Royal festivities might lead you to believe that the next logical step for Sinn Fein is taking their seats in the House of Commons.

To this thesis I say, nonsense.

What we saw last week was a careful and welcome move by Sinn Fein to integrate itself into the mainstream of modern Irish politics. Just, think about it for a moment and it begins to make sense. You had a Labour President in Michael D. Higgins, with approval from a Fine Gael Taoiseach, Enda Kenny, following on from the work of a Fianna Fail President, Mary McAleese, maintaining an improvement in Anglo-Irish relations.

It was generally regarded as a huge mistake in 2011, when the party refused to take part in any of the festivities when Queen Elizabeth conducted her state visit to Ireland.  From 2012 onwards, was an opportunity for the party to show that not only could the party reach out its hand to Unionists, but also prove to a southern electorate that it could play the role of statesmen.

Everything about last week and in the future, is about Sinn Fein taking seats around the cabinet table in Dublin, not on the green benches of Westminster.

After all, for a party as electorally aware as Sinn Fein, what would be in it for them to make such a move? Would Unionists honestly flock to the party, now that they take part in Prime Ministers’s questions or sit on select committees?

For Nationalism too, the sight of seeing images beamed across our TV screens of Sinn Fein MPs taking an oath of allegiance to her majesty would likely just alienate more of the party’s base and win very few other nationalists over to their cause.

Absentionism has done Sinn Fein very little harm electorally; it is a safe bet for the party as it plays to their fundamental narrative that Westminster is essentially irrelevant to politics in Ireland. Why after nearly a century they would overturn this policy beggars belief.

In Northern Ireland, Sinn Fein has reached their peak electorally with around 27% of the vote. In the Irish Republic, there are still many more voters to play for and a potential spot in the cabinet in the future with Sinn Fein playing a leading role. This is the ultimate prize for the party.

Abstentionism at Westminster has been the hallmark of Republicanism long before Gerry Adams or Martin McGuinness and it is likely to remain so in the future, as the main goal is to increasingly stress its irrelevance in Irish life. To read the recent state visit as another step towards Sinn Fein taking seats at Westminster, fundamentally misinterprets the party’s aims and objectives.

Attending this visit was about taking the opportunity to prove once again to the Irish electorate that Sinn Fein are a mainstream party that can represent Ireland abroad. Nothing more and nothing less. Taking seats in Westminster would be a massive leap for the party and would ultimately run counter to their entire reason for being in existence.

Dr.David McCann, holds a PhD from the University of Ulster in North-South relations.