You are at:Home»News & Current Affairs»Opinion»Let us have a serious conversation about racism – by Dr John Kyle
Social share: 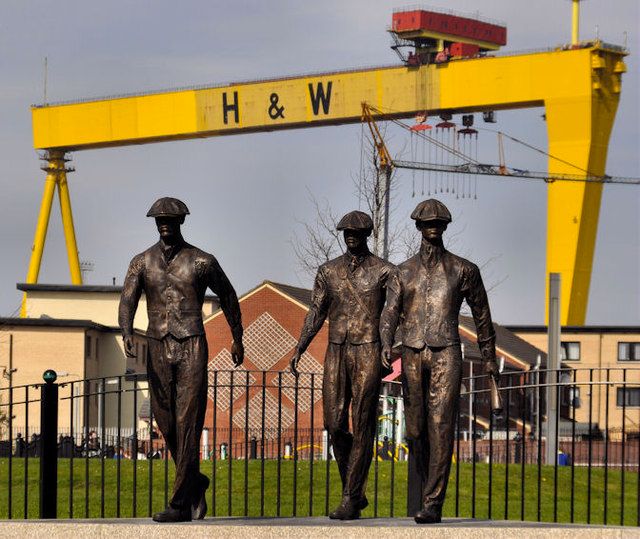 ACC Will Kerr recently told the Policing Board that the UVF had been orchestrating racist attacks in South and East Belfast.  ‘It has a deeply unpleasant taste of a bit of ethnic cleaning’ he said.

These remarks are unhelpful.  If the PSNI have proof of these assertions they should arrest, charge and prosecute the individuals concerned.  There is intense frustration within the community at the failure of the PSNI to arrest and charge those guilty of drug dealing or fomenting racial hatred. There would be overwhelming community support if they were to do so.

Racism is pernicious, destructive and simply wrong.  It cannot be justified.  The benefits of immigration are well recognised enriching and diversifying local culture.  The fact that racism exists says as much about our broader society as it does about the communities in which it is most prevalent.  These communities are already under severe stress. The shortage of social housing is a constant problem.  Private rental accommodation is often of poor quality, damp and poorly insulated making it more expensive to heat as well as to rent. Lack of good housing, particularly for young families who wish to remain close to their extended family, causes great stress.

The recent Community Relations Council report by Dr Paul Nolan notes that 24% of young protestant men are unemployed; the percentage is even higher in the communities where racist incidents occur. Unemployment is the forerunner of all sorts of social and medical problems.

Extensive comment has followed the latest shocking educational statistics highlighting the woeful educational outcomes for poorer Protestant boys. Schools in disadvantaged communities are frequently underperforming and a number have closed. Almost a quarter of our young people are leaving school functionally illiterate or innumerate. Dr Nolan said ‘we are creating a seedbed of trouble by letting so many Protestant working class males fail.’ The same could be said of Catholic working class males. ‘We have been sleep-walking into an inequality gap’ said Dr Nolan.  And yet it is those who have least who are expected to cope with the difficulties of integrating incoming foreign nationals.

The challenges of relating to new neighbours with limited English, alien cultural practices, and who are competing for limited common resources would test the best of us. And yet in large measure these very communities are doing an excellent job of assimilating huge numbers of incomers.  For the past decade foreign nationals have been arriving in Belfast in very significant numbers.  I have many patients from Eastern Europe and occasionally ask them how they find living in East Belfast?

Almost invariably they reply ‘we love it’. Rather than condemn Loyalist communities for being racist we should be praising them for their remarkable capacity to welcome and accept ‘foreigners’.

Those who live in the more affluent suburbs, who are not on housing waiting lists and do not send their children to schools which are struggling to cope with high numbers of children with special educational needs, should consider what their responsibility is to help our society embrace these newcomers.  ‘Perhaps introducing a mansion tax or a water tax to release money for more social housing or better educational provision in working class areas would be a good idea.  But that is much more costly than simply attributing blame to a paramilitary group.