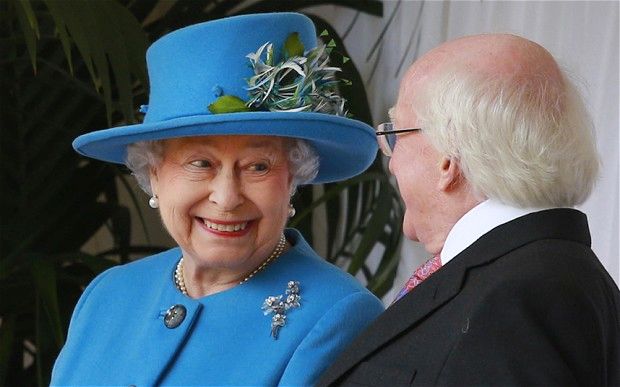 The invitation extended to Northern Ireland’s Deputy First Minister to attend a state banquet at Windsor Castle last week, is one of many “unthinkable” things that has happened in the course of the peace process.

Some within the Republican community will consider Mr McGuinness’ attendance as unfaithfulness to the cause of Republicanism. Some in the Unionist community may think it a bridge too far. It is impossible to please all the people all of the time.

In point of fact, rather than undermining Republicanism it has actually raised the profile of Sinn Fein and made them look almost statesman-like. This leaves Unionists with some catching up to do, particularly after recent threats of “resignation” and “nuclear action” to end the stalemate over welfare reform, including the returning of certain devolved powers to Westminster.

I believe that Her Majesty struck the right balance at Windsor Castle. All right-thinking people want to “live together as neighbours and friends.” But “respect” and “co-operation for mutual benefit” between Britain and Ireland, and within Northern Ireland, are impossible without facing the past honestly – a point acknowledged by the President of the Irish Republic.

After the scandalous behavior of the British government over the OTRs, let us hope and pray that all in authority will have a new “will and determination” to do things honorably.  The victims of terrorism deserve better treatment from the powers-that-be, and Northern Ireland cannot afford any more set-backs.