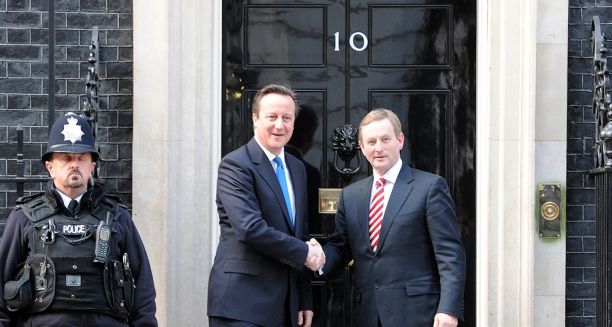 I was reflecting on the stalled Haass proposals and the stark warning he issued during evidence to the US Congressional subcommittee of foreign relations. Dr Haass told the hearing that without further progress, division and alienation would increase and the North would no longer be held up as an example of peace-building.

Equality and Parity of Esteem are key foundations of the Good Friday Agreement (GFA). These issues were specifically addressed in the agreement endorsed by Governments in Dublin, London and Washington and ratified in referenda by the people of Ireland (22 May 1998).

Post referendum analysis concluded that Nationalist/Republican voters were overwhelmingly in favour (93%), however Unionist voters were deeply divided with a much smaller majority (55%) voting in favour.

Despite the DUP subsequently agreeing the power-sharing institutions on 8th May 2007, mandated support for the Stormont Assembly has continued to decline within the Unionist community. Pundits have argued a decline in support of the GFA and its institutions. Others have opined that pro-agreement Unionist voters have difficulty identifying candidates to vote for.

Within the Assembly, five parties seek their mandates almost exclusively from the Unionist electorate but only NI21 could claim to give unambiguous support to the principles which underpin the GFA. NI21 was founded by two former prominent members of the Ulster Unionist Party (UUP) who resigned in February 2013 over disagreement with an electoral pact between the UUP and the DUP.

Unionists have presently obstructed the implementation of the Haass proposals. The refusal to deal with the Past, Parades and Flags or honour earlier agreements such as the Long Kesh/Maze project presents an increasing threat to the sustainability of the Assembly.

Is that really what the Unionist community expect of their elected representatives in the DUP, UUP, UKIP and TUV?

For example, during the flags protests throughout most of last year, those Unionists politicians, despite strident rhetoric, were largely irrelevant or relegated to following the crowd. It certainly appeared that mainstream Unionist speak neither for the ‘Yes’ or the ‘No’ lobby when it comes to difficult options!

Nationalist opinion has also been affected of course, although not to the same extent and not for the same reasons. Unionist negativity is without doubt the factor most cited by Nationalists and Republicans who express frustration about lack of progress on key issues. Perhaps Richard Haass and Meghan O’Sullivan also share those concerns.

The decision of the DUP to accept power-sharing was reliant upon a clearly stated determination by London and Dublin to act jointly in response to failure to establish a fully functional and power-sharing Executive.

What now are the two Governments considering in the face of mounting evidence that the reckless behaviour of mainstream Unionist parties could precipitate a genuine and full scale political crisis?

In my opinion the Haass proposals on dealing with legacy issues were a compromise that offered the best hope for bringing closure to victims and families and of removing this divisive issue from the political agenda. Any doubts or misgivings should be set aside in pursuit of that priority which every party has claimed to support. Must we conclude about those who oppose Haass, that these professed claims are bogus?

There is now clearly a concerted effort by unionist parties to reverse the progress made since 1998 and to break binding agreements that were made as part of the peace process. But it is not only the Unionist parties, because the British Government have so far failed to back the proposals.

That should cause serious concern for everyone committed to the peace process; in particular the Irish Government.