You are at:Home»News & Current Affairs»Opinion»Only “radical leadership and vision” of the young can save us argues Brian John Spencer
Social share: 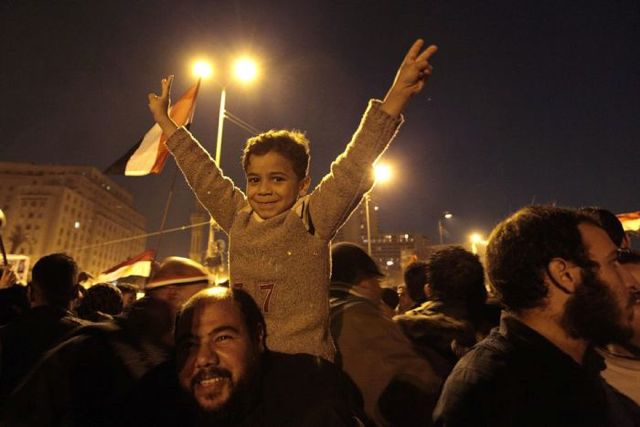 “In the debris and destruction and death of a decades-long conflict, we will not find one narrative or description or truth, but we need to find a different way.”

The young people have flown out and beyond Heaney’s radar system of Protestant and Catholic. Only they can break the moronic deadlock.

This is something we’re seeing all around the world. Of the young taking control, shaping outlooks and making the lead on the future. Alec Ross, Senior advisor to Hilary Clinton (2009-2013), said young people will bring change to Iran and China:

Christopher Hitchens spoke of “Iran’s baby boomerang” where “Within the carapace of a theocratic state, an almost completely secular society is being created.” Muslim mullahs sowed a baby boom whose secular children will reap their overthrow. Christina Lamb also explained the internationalist youth that are turning against their isolationist government.

This is what we have in Northern Ireland. Within the carapace of a sectarian state exists a generation of young people who are utterly at odds with the sweaty sectarian mullahs who govern them. Like China, there exists in Northern Ireland a whole generation of young people who are global citizens through the online world of blogs and social media.

Just because our coalition of opposites has a mandate, it doesn’t make their madness right. It doesn’t mean that flags, parades and the past, and their small minority interest groups should be able to log-jam the process. Never mind log-jamming the process without providing a full, frank and open public explanation. That wasn’t what people voted for. (In any case David McCann has shown that the moderate middle-classes are some of the most abstentionist on election day.) As Roger Scruton said:

“One thing that has been very noticeable, especially in Tunisia, Libya and Egypt, has been the emergence of democratically elected governments that have no time for opinions other than their own.”

In the face of these belligerent governments, young people have said no. Francis  Fukuyama explained that we’re in the middle of a revolution of the global middle class where unrest is triggered by “the failure of governments to meet the rising expectations of the newly prosperous and educated”; and not by the restriction of a parade or restriction of the flying of a flag.

Likewise, the young, internationalist and multi-identity people of Northern Ireland are fed up with a government that is ineffectual and incapable and utterly out of date, out of step and out of touch with the needs of a modern society. They’ve had just about enough. They want jobs, stability, opportunity and a better education.

Yet our local culture has created a mentality among young people that encourages them to be servile and deferential to authority, even when that authority is tremendously incompetent. A problem of reverse-ageism, something that Lyra McKee and I have addressed here – where young people take an “ironical attitude towards the authority figure”, as Seamus Heaney explained, and where adults maintain an attitude of “know your place lad and bide your time.”

But as David Gavaghan, Chief Executive at Titanic Belfast (@TitanicBelfast) said: “It’s the young kids who’ll make the decisions and the change.”

This is the tension we must confront, between the young and the old. But there is nothing from the young. Today we allow the reverberations of yesterday to dictate tomorrow. By the silence, apathy and indifference of young people we do the opposite of Clinton and allow the past to choke the future. It’s a wandering in the desert as the young  people wait for the old generation to die off.

We need radical leadership and vision and it’s the young people who can provide that. They have shown how to share identity, share the present and they are collaborating on the future.