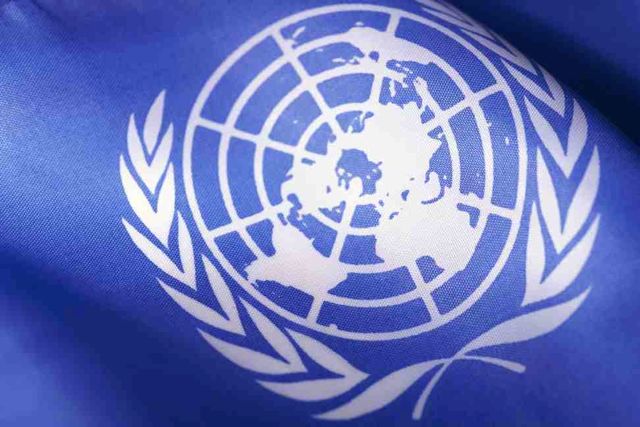 I was talking to a man the other day who has a distinguished career in international diplomacy behind him, including considerable time working on Northern Ireland. He sees life through a wide lens. I mentioned Queens University Professor Adrian Guelke’s observation about the central role of the British and Irish Governments in the Northern Ireland peace process:

“They were largely responsible for drawing up the Belfast and St. Andrews Agreements. Indeed, the Northern Ireland peace process may fairly be characterised as a case of external conflict management by the two governments.” “Politics in Deeply Divided Societies” 2012

The retired diplomat agreed. Then I said that a weakness of the Haass process was the absence of the two governments from the outset. To my surprise, the veteran disagreed. He said that Peter Robinson and Martin McGuinness should never have gone near the past. “It’s over! They should focus on the much more difficult issue of the future” he declared.

I’d say that few people in Northern Ireland actually think the past is more important than the future. We all have more sense than that. But it would be wrong to under-estimate its relevance to the future. It remains important in two ways: we have to make sure that the past does not poison the future and we need to work together to capture the lessons that need to be learned from the past.

This last point has importance beyond Northern Ireland.

Last week I was at a conference on the development of mediation in the Mediterranean region. Think about the strategic importance of the Mediterranean region, stretching clockwise from Slovenia and the Balkans, south to the Middle East, taking in Syria and Cyprus, across North Africa and places like Libya and Egypt, up past Spain and France and round to Italy. Countries that share the waters of the Mediterranean are thinking about how peace is made and what role mediation might play in states in their region now crippled by conflict.

At the conference I bumped into a senior UN diplomat based in New York who said to me: “Brendan, all is not well in Belfast?”

I replied: “No, we are having trouble living with the implications of the Agreements”. The UN official said: “I’m thinking of talking about it in my address. People should take note of your ongoing struggles.”

I have to tell you that, from my travels in the international peace-building field over the past 18 months, the world is talking about us. Everywhere I go and meet people whose business it is to make peace in the world, I get asked two key questions: how was peace made here and how well are we doing now?

It’s embarrassing sometimes. I am conscious that some of the best thinking and some of the most powerful people in the world played a role in the making of our peace agreements. None of us are starving. Most of us have a comfortable home, with clean water and sanitation. And we have health care and education that is, largely, free at the point of delivery to all citizens.

Northern Ireland is a tiny place, with a population the size of Birmingham. Yet we are invoked in global conversations about Egypt, Syria, Libya, Israel and Palestine, Afghanistan and Iraq – countries with tens of millions of people, many living in poverty.

Beyond our size, we still have significance for other areas of the world. Northern Ireland is one of the few so-called success stories. We are held up to scrutiny and people who are almost drowning in a sea of intractable conflict look to us for hope.

They are right to do so because what has been achieved here is a potential inspiration to the world. But we are losing our vaunted place in the rankings of successful peace processes. Richard Haass’ remark in Washington last week, to the effect that Northern Ireland could no longer be held up as a model of peace-making, was an early sign that, for the peace analysts and commentators of the world, the good news story of the Good Friday Agreement is being updated into something with a ring of failure.

I don’t believe that our peace agreements will actually collapse. If we were a Third World country it might be otherwise but there is too much invested in this place, internally and externally, for it to fail. However, it is more likely that our society will live like a sickly child: pale faced, whinging, lacking confidence and immobile – failing to live and grow to its full potential.

This need not be so. We could give ourselves an enormous tonic by a more imaginative approach to the unfinished project of Richard Haass and Meghan O’Sullivan.

Few people could disagree with an acknowledgement by our political leaders that any attempt at resolving the ‘Haass impasse’ is now seriously inhibited by the necessity upon all parties to fight a series of elections over the next two years.

Therefore, the party leaders should consider approaching the two governments and asking them to make a joint request to the European Union’s Council of Ministers to appoint a Special Representative to pick up where Haass and O’Sullivan left off. European Union Special Representatives (EUSRs) have made and still make important contributions to a range of the world’s trouble spots. They are usually experienced diplomats or politicians who apply their energies to a conflict situation over a period of years. We live in the European Union; it would be right and fitting to ask for its help but if there were sensitivities about turning to Brussels then, another potential source of assistance could come in the form of a Special Representative of the UN Secretary General – known in the trade as a SRSG.

These are instruments available to the world and how we deal with our ongoing difficulties has importance for that world.

In this case, the purpose could be twofold.

Firstly, work with the parties and civic leaders here for six months to find a mediated agreement on the Haass/O’Sullivan proposals.

Secondly, after the mediation period, take another three months to arbitrate on the remaining points of disagreement. Come up with a set of proposals as a best guess of how best to move forward on the past, flags and parades.

In making the request for an EUSR or an SRSG, all parties would have to agree, firstly, to give mediation a go and, secondly, to accept the outcome of eventual arbitration.

If our political leaders could agree to do this, they would restore Northern Ireland’s credibility as a society that is doing well at the business of conflict resolution. And we would provide to conflict-ridden areas of the world, another important lesson in the story of how peace gets made.