You are at:Home»News & Current Affairs»Too late to bolt the OTR door – by Brian Rowan
Social share: 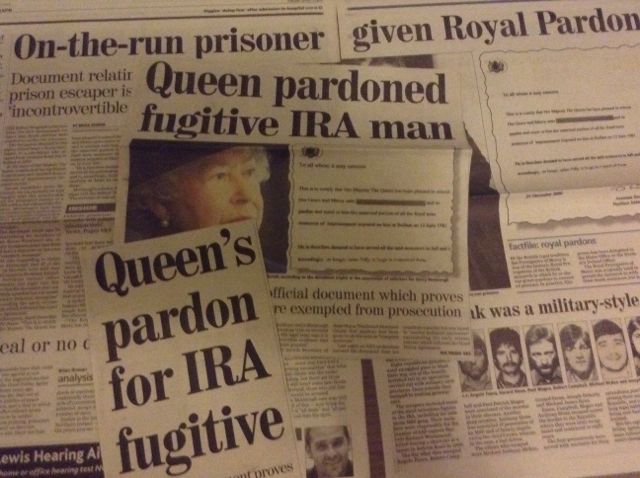 Around the time the news of the Downey case was breaking in London on Tuesday, a victims conference in Belfast was coming to an end.

Over 200 delegates attended the day-long event discussing the vexed questions of truth, justice, acknowledgement and reparations – all part of the debate on dealing with the past.

The republican Eibhlin Glenholmes – once described under the heading of Britain’s Most Wanted IRA suspect – was present.

She is now a member of the Victims Forum.

Pre-ceasefires and before the Good Friday Agreement she had spent many years on-the-run, only returning to Belfast in 2001.

I reported on her case the following year.

The Northern Ireland Office had responded to a request for information from Sinn Fein.

A check was made with the prosecuting authorities and it was confirmed she was no longer wanted.

I was told the Crown Prosecution Service had reviewed the case and concluded “there was no longer sufficient evidence to afford a realistic prospect of conviction”.

At the time, the information was not made public.

It only emerged as a result of a question I put to the NIO in 2002.

“Decisions on the prosecution of individuals are a matter for the prosecuting authorities which are independent of government,” I was told.

And there was something else said much more quietly.

That the news I was about to report on the Glenholmes case would make the handling of the OTR issue more difficult.

At the time, I quoted a source who suggested “some dozens” of cases had already been settled.

We already knew that a number of those involved prison escapers, including Liam Averill who managed to walk out of the Maze dressed as a woman in December 1997.

It followed a Christmas party for families and came to be known as the ‘Mrs Doubtfire’ escape.

So, long before Tuesday’s revelations, we knew that these controversial cases were being settled.

The question is, why the furore and fallout now?

Was there not ample opportunity in the developing process and news of these events for questions to be asked?

What we didn’t know was the exact numbers involved, and what we don’t know are the names.

The headline Eames/Bradley report of 2009 also had a section on on-the-runs, giving numbers and an outline of progress, and yesterday we were told about briefings at the Policing Board.

Yet, we are now in political crisis.

All of this reads into a wider frame.

Also on Tuesday, the Executive party leaders and negotiators met again to try to advance the proposals in the Haass/O’Sullivan text.

These include a structure for addressing the past and, throughout the talks, unionists have argued that the route to justice will remain open.

Many, however, will now see that route leading to a dead end rather than to the courts and jail.

I spoke at that victims conference on Tuesday warning against raising expectations.

Many already accept an investigations process will deliver very little and that the avenue that might lead to further information – to more questions being answered – is the proposed Independent Commission for Information Retrieval.

In the here and now, the OTR letters will be viewed as another type of amnesty alongside the early prisoner releases, the fact that there was no forensic testing of weapons put beyond use and the information processes aimed at finding the bodies of the disappeared.

But, when the dust settles on this latest row, the questions of the conflict years will still be there and a process will be needed.

Many have argued that the past has the potential to trip up the present and, in some of the anger we are hearing expressed, that moment may well have arrived.

It is too late to reverse the OTR process – too late to bolt that stable door, and that question about questions remains:

Why were they not asked before now?