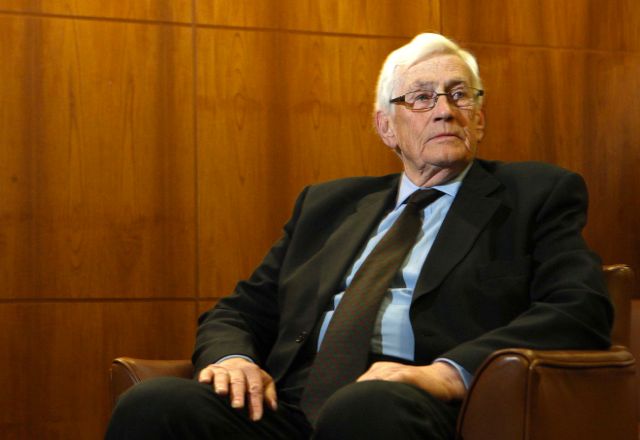 Loyalism needed unionism to save itself from itself. To bring facts to the “phantom fears”, to cut a path towards open, positive and welcoming unionism and to clean up parades that were described by tourists as “unfriendly” and “intimidatory.”

The Haass disagreement is a monument to that grand failure. A monument to unionism’s grand coalition of hopeless hysteria and reaction.

For the moderate unionist, Catholic and Protestant, the failure of unionism to moderate their fringe, conciliate with opponents and make a deal of great moment, means one thing: They are very happy to sell out and betray the moderate and every last young person in order to appease the fanatic.

The Haass disagreement is a monument to this grand sell out. For the nationalist of all stripes, Haass is a tribute to the fantastical incompetence of unionism.

Instead of bringing facts to ‘Plato’s [loyalist]Cave’, unionists have made Powellite-bogey-man politics the cause of Northern Ireland unionism.

They have no ideas, no courage, no vision, no strategy and no alternatives. No leadership. Nothing positive. Nothing reformist. Nothing that strengthens the Union or emboldens the case for unionism. In fact they’ve abandoned the Union, taken up dead-end, anti-Enlightenment Ulster-nationalism and have decided to go down fighting. And go down they will.

In doing so they have incurred the contempt of the world. It’s little wonder that Scottish unionism wants nothing to do with our flag-head, theo-unionism.

And from civil society? No moral outrage. No protest. Such is the conditioning of the moderate to heroic levels of belligerence.

I want to look at a few things.

Firstly, on betraying and selling out the moderate. The SDLP’s Seamus Mallon foresaw the sell out of the middle unionist and nationalist. He left office with a warning: The GFA was based on the idea that to make peace work you had to dispense with the middle unionist and nationalist. However voting for two extreme parties would turn Northern Ireland into a Balkanised carve-up between Green and Orange.

Mallon said, “then and now that this was an act of treachery” and that “to buy in the extremes, the middle was sold out”. “Middle unionism won’t go with Paisley and middle nationalism won’t go with the shinners.”

So it came to be. The parties that inspired the moderate for peace in 1998 were destroyed by the belligerence and religious absolutism of the mad-men. The agreement stopped the killing but allowed people to kill moderation. Now the moderate middle ground has been erased. Now citizens have to choose between one side and the other.

This is it – a Cold War between unionism and nationalism: a struggle of mutually assured destruction. It’s power splitting, not power sharing: a race to the edges. Though there’s hope. As David McCann said, “it’s less the electoral rise of the extreme parties, more the withering away of the moderate vote.”

Secondly, there are two worlds in Northern Ireland. Alongside the traditional catholic-Protestant split has emerged the modern societal split: one between political-absolutism/racist fringe groups and modernism. Within the carapace of a sectarian state is a post-conflict, post-sectarian, internationalist Northern Ireland. A “normal Northern Ireland” as I have explored in a series of articles here.

Seamus Heaney, Conor Cruise O’Brien and Alf McCreary all spoke for so many people when they said they were beyond the politics of unionism and nationalism. Mick Fealty, Peter Shirlow, David McCann and countless others have spoken of the normal Northern Ireland whose citizens are of the world, liberated from the politics of “them’uns and us’uns”.

Thirdly, the moderate and the people of the “other Northern Ireland” also have cherished values. They have principles, traditions, a culture and unalterable convictions. Yet these are routinely desecrated and defaced. Their identity is being chipped away at. Their good name is being eroded.

From where does this loyalist exceptionalism come? That they are having it especially hard and that they deserve special treatment and special privileges. Why is this demagoguery permitted? What about “my people” and “my community”?

Fourthly, we need to admit we’re afraid and that there is a silenced majority. For too long a climate of fear has installed a culture of passivity and submission and self-censorship among the moderate and the middle classes in Northern Ireland. This conspiracy of silence has been enforced from two points.

One, soft liberal censorship and the fear of being a “snob”. Liberals object to criticising the working class on the grounds of root causes, as though root causes absolve responsibility; yet in doing so make a mockery of their liberal values. There are people in this country who are fertile and brimming with intolerance, yet you can say nothing. Too many metropolitan-left liberals have chided myself and others for not ‘respecting’ loyalism, as if people firebombing police and rioting were worthy of respect rather than contempt.

Two, threat and intimidation-induced censorship. It’s simply accepted that any moderate who speaks out will do so under pain of recrimination, likely intimidation and possible physical attack. So they say nothing.

However when any person, political party, group or entity wields power, there must be a check and constraint, opposition and adversary. Power must be held accountable whoever wields it. As Ed West said, “Once we all admit this depressing truth [that we’re afraid], we’re halfway there. So let’s all just say it – I’m afraid!”

Like seriously, why can’t we say, like tourists did, that the 12th is “intimidatory.”? Why can’t we say, as Fintan O’Toole said, that there are quite a few bands that make a “parody of culture”? Why can’t we say that Britishness is the Britain that Stuart Hall spoke of, and not flag waving, “unfriendly” parades? When are we going to have an open debate about the conduct of parades? This leads me to my next point.

Fifthly, we need to hear a counter-factual and a counter-narrative. We need a break from all maudlin wallow and self-pity. We need to hear from the non-sectarian, normal Northern Ireland and silenced majority. This requires a brave and adversarial citizenry, and a courageous, partisan press.

Irish senator and Irish protestant David Norris launched into a cogent and persuasive counter-narrative after the wilful and promiscuous violence after July 12 2013. Why don’t we hear this from moderate unionism in Northern Ireland?

“As a southern unionist and someone viewed from the north as a Protestant, I would like to say I am bitterly ashamed of the behaviour of people who call themselves unionist and protestants. They are a disgrace to any decent representation of those values… They are an appalling embarrassment.”

Sixth, we need to acknowledge the true character of those who govern us. For we’ve been conned.

Fionualla Meredith said, status quo party politics means we’re living in a “bigoted, regressive hole.” Liam Clarke said, “[Northern Ireland is] more like Russia, or the Congo, than Britain, or Ireland.” Ian James parsley said: “With a few honourable exceptions, the DUP and Sinn Féin are not made up of reasonable, rational people.”

DUP are the political off-spring of Ian Paisley who made demagogy, anti-Enlightenment, destruction and non-compromise a political ideology. It’s the continuity-Paisley-party, almost exclusively a protestant party for a protestant people. Yet moderate-apolitical unionism will happily hand them their vote.

Sinn Fein is a catholic party for a catholic people which is doing all in their power to disunite Protestant, Catholic and dissenter – a party which has literally conned the new generation by telling the story that it achieved equality through violence, when in fact it was the political wing of a Brits-out “catholic sectarian murder squad.”  Moderate-apolitical nationalism will happily hand them their votes.

People need to seriously examine their assumptions of the political parties and politicians who govern them. We need to confront those who govern and seriously debate about what kind of society we want to live in.

To conclude. Extremist politicians forever sprout in America, just as they do here in Northern Ireland. The difference is that we keep letting them in. Northern Ireland has seen many model moderate politicians – constitutional and conciliatory – summarily vanquished by the extremist who practices the most inflexible and pitiless declension of unionism or nationalism. By contrast, in the United States of America, the moderate has often out-played the extremist.

The GOP candidate in the 1964 Presidential race Barry Goldwater was a self-avowed radical extremist. Yet the nation went with the moderate Lyndon B. Johnson. The adversarial press and cutting satirists helped to prick the bubble of extremism. Pulitzer Prize winning cartoonist Herb Block lampooned Goldwater and had earlier came up with the term “McCarthyism” – helping to discredit McCarthy’s whole sordid enterprise.

In 2008 and 2012 the Americans rejected the extremist. We can’t get enough of them. People flocked to Paisley, a person who built himself and his party on the McCrathyism bogey man politics of “Catholic under the bed”. People  flock to Adams, a person of bottomless evasion and effusion and of unlimited moral flexibility.

We keep on trucking for the extremist. While in America, even the GOP know something isn’t right and they’re are waging a reformist civil war on their extremist fringe. They’re abandoning the Tea-Party loyalists and debt-ceiling maximalist rejecters.

We can either spend the next few years letting the mad men run the place, and tear the whole thing up, or the moderate can speak up and realise that this is too important. The long overdue fight back against conspiracy, extremism and fanaticism has been long overdue. You can’t be indifferent, abstentionist or neutral about something so serious.

In 1968 when Terence O’Neill made the ‘Ulster at Cross Roads’ speech, there was a huge body and consensus of moderate opinion. It was destroyed by the mad men. The same men who now govern us.

Right now, a huge body of moderate opinion exists in Northern Ireland. Yet, in politics, the moderation is extinct. This Cold War is going nowhere. Northern Ireland politics needs a reformation, a clean break from the ancien regime. We need a coming together of middle nationalists and middle unionists, and a common front of both against the men of extremism and non-compromise on both sides.

The extremists will sell YOU out. They will sell out the good men and women to appease the minority of bad men and bad women.

To them we will say, up with this nonsense we will not put. Readers: What is wrong with you? You are giving up your moderation and you’re doing it without a fight. We need vigilance and activism to guard against the madmen who will destroy your peace and your prosperity.