You are at:Home»News & Current Affairs»President Obama – slam the door in their faces on St Patrick’s Day
Social share: 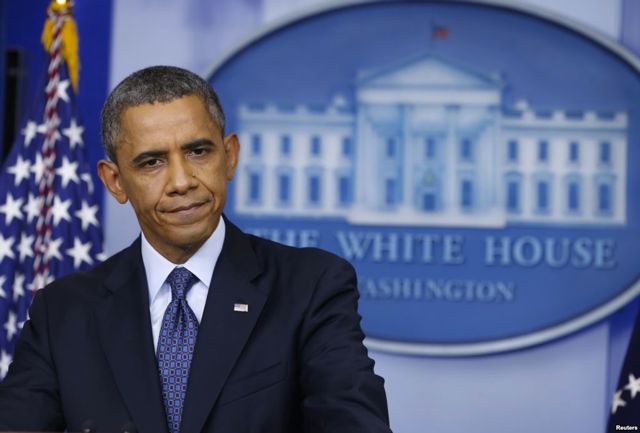 In recent weeks co-equal First Minister Martin McGuinness has laid bare what appears to be his growing sense of disillusionment with how Unionism is behaving at leadership level.

His contention is that the DUP and in particular Peter Robinson are allowing the lowest common denominator in Loyalism in north, west and east Belfast to challenge the stability of the Peace Process.

McGuinness continues to direct serious charges against his Unionist partners in government claiming that an amalgam of the Orange Order, the UVF and Unionists are lending support to street protests both physically and emotionally.

A palpable tension between DFM and FM has obtained since Peter Robinson’s letter from America which unilaterally killed off the Maze Peace Centre project. This tension shows no signs of abating.

The rejection by Unionism and by Peter Robinson again in particular, of the Haass Talks outcome has heaped oil on angry McGuinness flames with Mr Robinson cocking a snook at his partner in government when he pressed for early closure on the recommendations made by Haass.

It is not always easy to decipher precisely what motivates a politician and how he or she acts. One can only deduce that Sinn Fein has invested so much in the Peace Process that people like Martin McGuinness see themselves as custodian and praetorian guard. The former Mid Ulster MP has continued to be targeted and threatened by dissident Republicans at the same time as he stoutly defends members of the PSNI under pressure from militant Loyalism and Republicans.

McGuinness’s disposition implies he is not receiving reciprocal support from Mr Robinson who, with elections on the horizon continues to obsess with winning back east Belfast for the DUP.

One should not lose sight of the fact that former DUP leader Ian Paisley met his Waterloo because he was seen to be too cosy in Martin McGuinness’s company. Peter Robinson is not falling into that trap in public.

In an address to business leaders in west Belfast last week Martin McGuinness underscored the importance of unity of purpose in government and the strength that flows from that in staring down opponents of the Power Sharing Executive and the Peace Process.

The big question is: will those gathering nightly at Twaddell Avenue over the right to parade where they want to parade or those protesting recently outside the Skainos Centre in East Belfast where Brighton bomber Pat Magee and Jo Berry were in discussion, vote for the DUP in a month of Sundays?

The DUP cannot seriously believe they will – which begs the question why is that party bowing the knee to the Jamie Brysons or Willie Frazers of this world?

A united direction of travel by OFMDFM and the Executive would amount to a powerful bulwark for the administration itself and the Peace Process.

We are at something of a crossroads right now in Northern Ireland with oncoming elections potentially contaminating the chances of flexibility in Unionism.

Saint Patrick’s Day is just around the corner. In January 2005 Robert McCartney was killed by Republicans. His family travelled to the United States during the 2005 St Patrick’s Day celebrations where they were met by US Senators (including Hillary Clinton and John McCain) and US President George W. Bush who expressed support in their campaign for justice.

Gerry Adams was not invited to the White House in 2005 and Senator Edward Kennedy backed out of a meeting that had been previously scheduled.

The Obama administration, Richard Haass and U.S. Consul General Greg Burton are playing their part to help us through this dark patch.

If our politicians snub these efforts I suggest Barack Obama lock the door on Saint Patrick’s Day to those politicians in Stormont Castle who think they have a God given right of access to the Oval Office. As they say in the country “that’ll larn them.”