You are at:Home»News & Current Affairs»Panic – promises – and the political pantomime – by Brian Rowan
Social share: 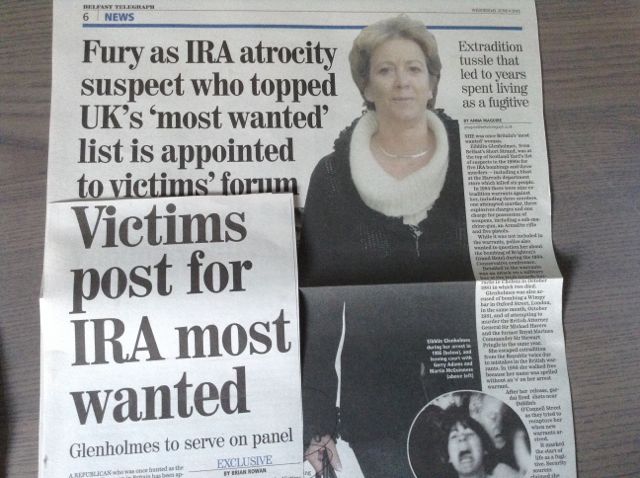 The jigsaw pieces are scattered across the past decade or so – there to be found in news and headlines and other reports.

But, for some reason, no politician wanted to put the picture together; that is until now.

Read back to December 2000 and you will find the stories of the Royal prerogative of mercy being given to men who escaped from Crumlin Road Jail in 1981.

In 2010 the Belfast Telegraph published documentary proof of its use.

So, suggestions that this is new or emerging detail are just nonsense.

In March 2001 you will find news reports of other jail escapers being freed on licence.

They included Liam Averill who, dressed as a woman, escaped from the Maze in December 1997 after a Christmas party for families.

The March 2001 cases also included five men who broke out of the jail during the mass escape of September 1983.

Almost 13 years ago, I was quoted on the BBC website saying: “On the run prisoners OTRs have been a big issue for republicans in the negotiations, both at Hillsborough recently and going back to the negotiations last May (2000).

“They will undoubtedly see this as a step in the right direction.”

The detail was out there in the news. If it was missed, it was because people were not listening – not paying attention.

Other journalists and other news outlets were reporting these developments.

In an earlier report on this website, I detailed the Eibhlin Glenholmes case.

The Belfast republican was once described under the banner headlines of ‘Britain’s Most Wanted’.

In June 2002, again for the BBC, I reported the following.

That the Northern Ireland Office had responded to a request for information.

They checked with the prosecuting authorities and confirmed she was no longer wanted.

The Crown Prosecution Service had reviewed her case and concluded “there was no longer sufficient evidence to afford a realistic prospect of conviction”.

I didn’t report, and didn’t know at the time, that she had received a letter, but look at the detail of the process – a request for information to the Northern Ireland Office and then a response.

Is it not clear in that detail how the process was working or being administered?

Should we be shocked that republicans would want it in writing? 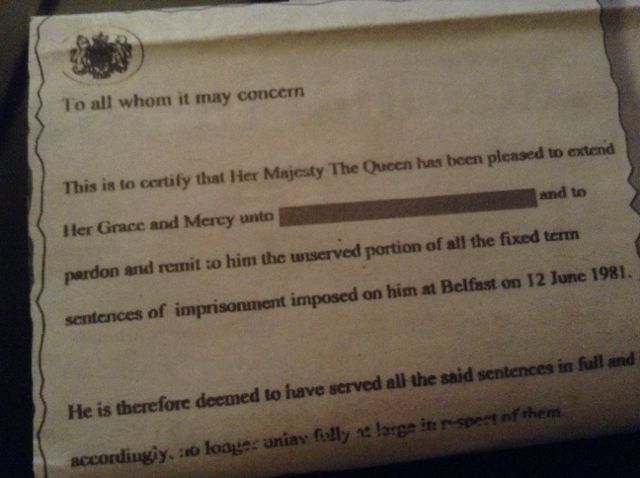 Almost twelve years ago, in that same report, I quoted a source suggesting “some dozens” of cases had already been settled.

That information has been confirmed in the emerging detail of this week – 41 cases resolved by November 2001; 61 by September 2002.

Ms Glenholmes was headline news again in June 2012 when she was appointed to the Forum for Victims and Survivors.

It was clear that her case, like many others, had long been settled.

Indeed, there were other figures reported by the journalist Chris Thornton in 2007; that the names of almost 200 people had been passed to the government by Sinn Fein throughout the previous seven years.

And back then, Thornton reported that 84 had been told they were free to return.

Another jigsaw piece is found in the Eames/Bradley Report of 2009.

The circumstance of 200 individuals had been considered in order to assess their status.

“While the majority of these individuals are not wanted for arrest or prosecution, almost a quarter of the cases are still under review,” the report stated.

“A number of individuals have been assessed as wanted by the PSNI,” it added.

Add to this the briefings at the Policing Board and other news reports and you find more of the jigsaw pieces.

Long ago, a picture could easily have been made, but it wasn’t.

That is until now when the number of cases resolved stands at 187.

No one tracked this process.

The question is why.

And, for all the developments of this week, what will really change?

We all know the answer to that question.