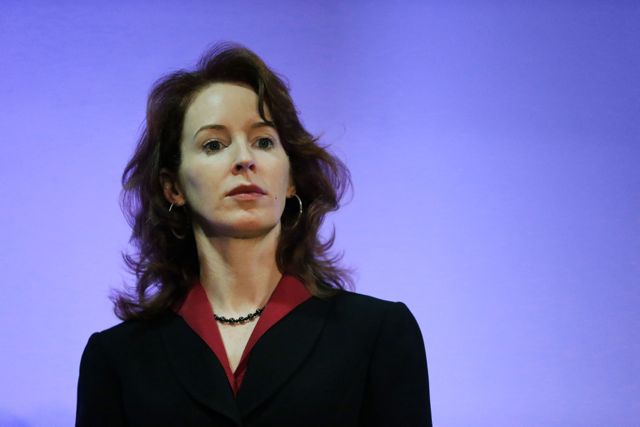 A few days ago the Victims Commissioner Kathryn Stone said there was no need to turn the Haass process into a drama.

She was speaking as the different political responses were made – the verdicts given on the final text produced by the US Team of Richard Haass and Meghan O’Sullivan.

Stone, Haass and O’Sullivan all know the subjects under discussion in these talks – the toxic issues of flags, parades and the past – will eventually have to be addressed.

There is no hiding from the conflict years, and there is no future until the questions are answered, but Haass and O’Sullivan were not called in to impose a deal, but rather to facilitate the talks involving the Executive parties.

On Thursday night – our time – Professor O’Sullivan called me.

“I don’t think this has been a great week for the [proposed]agreement,” she said – “but it is not the last week.”

The Harvard Professor added that it was the judgement of the Haass Team that their final text still offered “the best package of ideas and compromises”.

There was nothing in her words that apportioned blame or fault, but those of us here who have been watching the political play of the past few days know that something frightened the unionist horses.

My guess is it is that proposed journey into the past – that doubling back that will not just put Adams and McGuinness and the odd loyalist figure under the microscope, but those aspects of conflict that were part of what we call the ‘dirty war’.

Look at that list of patterns and themes to be examined as part of the Independent Information Retrieval process – not just the Disappeared, targeting, punishment activity and sources of finance and arms, but alleged collusion, shoot to kill, mistreatment of prisoners, the use of lethal force in public order situations and detention without trial.

The past is not about one side, or two sides, but all the sides, and to examine it is not to rewrite history but to understand and accept that the narrative will be disturbed.

This initiative facilitated by the US Team will only work – can only work – if the Executive parties now let go and let this go into a process that is truly independent and not restricted within a party-political strait jacket.

Meghan O’Sullivan told me their final text “asked a bit of every party, but gave quite a bit to every party”.

“Northern Ireland needs progress on all three fronts. There needs to be speedy resolution of the outstanding issues followed by implementation,” she added.

So, to quote O’Sullivan’s words: “The process is still in play. It is a question of how this work is going to be brought forward.”

It is something that is easier said than done but, particularly on the question of the past, there is a moral obligation to act.

Haass and O’Sullivan left the scaffolding and the building blocks:

– within the information process a unit to examine patterns and themes.

– an Implementation and Reconciliation Group with the role of oversight.

– an acknowledgement process involving all sides.

– and the needs of victims and survivors to be addressed.

This will only become a waste of time and a failure if the Executive parties make it such.

Haass and O’Sullivan have taken this as far as they can.

“We believe our formal role is over,” the Harvard Professor told me.

Her words and those of Richard Haass are a reminder to the parties here of what still has to be done.

The challenge now is to walk on the path that has been made – but clearly there are those who don’t want to go there and who are afraid of what might be found on that journey into the past.

Social share:
Kathryn Stone Meghan O'Sullivan Northern Ireland Richard Haass
Previous ArticleMarking Time in the Homeland of the Dead
Next Article There are those who will never forgive the ‘No’ man of Ulster politics – by Brian Rowan