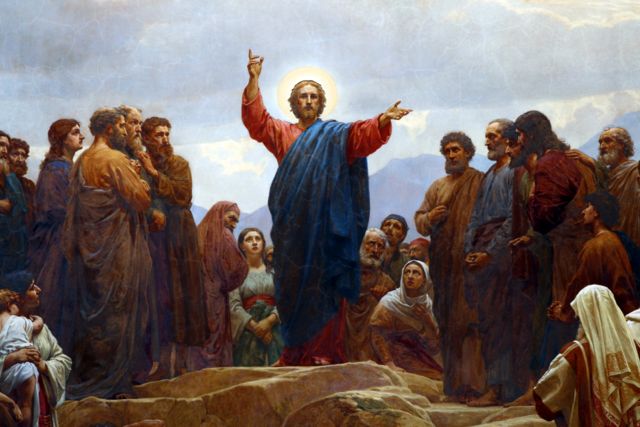 I learned today that the late Father Alec Reid drafted his epistle for peace in Northern Ireland on the top of a mountain in County Wicklow.

Before leaving this world in 2013 the Clonard priest, based in west Belfast revealed to former Department of Foreign Affairs official, Bill Nolan that in the Eighties he went to the top of Sugar Loaf Mountain to pen his fourteen page epistle to former SDLP leader John Hume.

This became the template for peace in Northern Ireland.

In the document Fr. Reid argued why Hume should engage with Sinn Fein leader Gerry Adams to sue for peace.

“I wanted to get as close as I could to The Lord seeking inspiration” Father Reid told Bill Nolan.

Nolan was a regular visitor to the Rathgar residential home in Dublin to which Fr Reid retired.

Coincidentally the ailing priest who lived to see peace come ‘droppin’ in Northern Ireland finally closed his eyes in full view of Sugar Loaf Mountain from his hospital bed in St Vincent’s Hospital in Dublin.

Fr Reid undertook his venture involving Adams and Hume in the wake of a meeting with former Irish PM Charles J Haughey.

In the early Eighties Sinn Féin president Gerry Adams appealed to the Catholic Church to come up with an alternative to its criticism of Republicans engaged in a violent campaign in pursuit of a united Ireland.

Father Reid who knew Adams from a Seventies feud in West Belfast answered his call. He met the Sinn Fein president who wanted a meeting with the Fianna Fáil leader Charles J Haughey.

Fr. Reid consulted with the Head of his Order and the late Cardinal Tomás O Fiaich.

In the wake of a meeting between the modest priest and Mr Haughey, at his opulent Kinsealy residence, Haughey nominated John Hume to act as proxy for him in any engagement with Gerry Adams.

Haughey was at that time on what his then advisor PJ Mara called ‘the rubber-chicken circuit’ around Ireland. He was seeking to rehabilitate his tarnished reputation in the wake  of ‘The Arms Trial’ when he was cleared of charges of allegedly plotting to import arms for the IRA at the start of Northern Ireland’s Troubles.

Haughey was sacked from his ministerial post by Jack Lynch and he was at pains in the Eighties not to jeopardise his chances of becoming Taoiseach due to any contamination with Republicans.

The Reid/Haughey encounter resulted in what emerged as the Hume/Adams dialogue triggered by Father Reid’s mountain top 14 page epistle or letter.

The symbolism of Fr Reid’s choosing Sugar Loaf Mountain will not be lost on students of the bible familiar with Mount Sinai where God gave Moses The Ten Commandments or the Sermon on the Mount where Jesus chose to impart so many of his teachings.