You are at:Home»News & Current Affairs»Opinion»Standing up to ‘aggressors’ – by Brian Spencer
Social share: 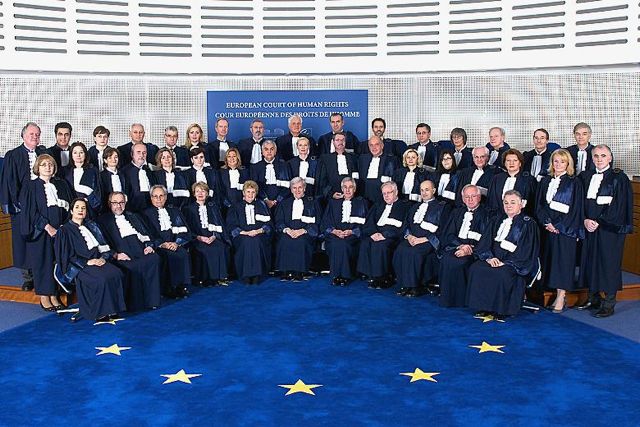 Extremists have the whip-hand over the moderate, and you can’t say anything about it

They make grand claims and wield arbitrary power over a moderate majority and you can do absolutely nothing about it. Nothing. You have to shut up and put up. Less you be a snob. Less you be seriously assaulted.

Upon theses equations the progressive majority have long-time been silenced. They are the muzzled moderate. This is the worst kind of censorship: Self-censorship and prior-restraint.

I want to explore and critique these two non-legal mechanisms to censor unwelcome or unpleasant facts and opinions.

Firstly, being the “snob”. This is the standard dismissal and charge laid against me and others who speak against the worst elements within loyalism. And it comes from two sources, liberals and loyalists.

You get it from liberals like Ed Simpson who err towards indulging and nurturing those who commit promiscuous violence. You can be accused of being snobbish, elitist or intolerant for simply saying criticising the most extreme within the working-classes.

History will surely judge this an abject failure; A failure on the part of liberals for their inability to stand by their principles and fight movements, which are sectarian, homophobic and racist. This “liberal formula” is an illiberal bar on free expression. This “liberal formula” is not a recipe for pluralism or multiculturalism. To the contrary, this formula is the exploitation of pluralism for use against this very concept. This is a victory for bigotry, the anti-plural and anti-multicultural.

Then you get it from loyalists like Jamie Bryson who want to whitewash their responsibility by smearing people like me as a “snob” and in one swipe render my view and my voice worthless. For as Newton Emerson said “ever since the Good Friday Agreement, [snobbery]seems to be the only crime you can commit in Northern Ireland.”

Alex Massie spoke in equal terms here, that being offensive is the most heinous of crimes.

Upon these formulas we must not hurt the feelings of the vandal. This is horrendous. This is what Christopher Hitchens calls “multicultural masochism”. Upon these formulas, the violent vandal has the whip-hand over the muzzled moderate, and you can say nothing.

Think Edgar Graham. As Alex Kane said, “All we need to know, and remember, is that was killed because he was an enemy of all paramilitarism.”

Upon this second formula, the worst in society are beyond reproach. The best are hostage to news-talk and fear. This is abhorrent and a perversion.

However, loyalists and other extremists are not beyond reproach. They do not hold a special privilege in society. There is no specialist branch of ethics known as loyalist exceptionalism. They have committed and continue to conduct unpardonable behaviour and must be held to account.

Having experienced the absolute absence of opportunity in Northern Ireland amd felt the searing of indifference of politicians to that absence, I have made it my mission to speak boldly, openly and freely to call out hypocrisy, corruption and mismanagement wherever I see it. And this applies to loyalists and other extremists who will, hope and intend to turn Northern Ireland into a bucket shop.

I in turn hope and intend their change and call to account. I want to utterly expose their absolute absence of ideas or alternatives. This means being provocative. As Peter Tatchell said, dismantling hidebound orthodoxies requires people to be contentious, disputatious, uncivil and even rude.

Change does not come by the moderate’s tradition of speech that is staid, dull and conformist and terrified of offending people. This is cowardly, shameful and masochistic. Those who play nicey-nice and stand indifferent are approvers, colluders and sustainers of delinquency, albeit tacit.

The muzzled moderate needs to become the unmuzzled-muscular-moderate. They need to abandon their habit of speech cleansed of anything even slightly contentious, colourful or offensive. As Tom Hickey said here, the young and the moderates need to adopt the skills of contestation. As The Quilliam Foundation said in their policy document here, the moderate needs to adopt the doctrine of ‘civil intolerance’. “Ideas and ideologies that sow division, bigotry and hatred such as those that may eventually lead to terrorism should not and cannot be left unchallenged in our society. Here, a doctrine of ‘civil intolerance’ is encouraged.”