You are at:Home»News & Current Affairs»“If sharing costs cash instead of lives, it gets my vote” – Dave Maley on Haass hopes
Social share: 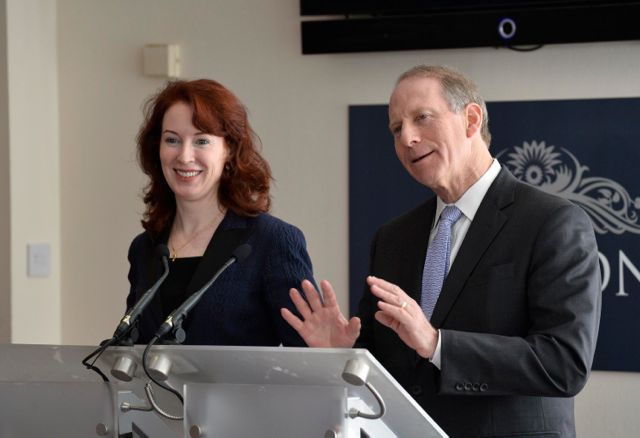 Charades is a popular family game at Christmas, but here in Northern Ireland our elected representatives enjoy it so much they play it all year round, and even invite the friends they met whilst on holiday to join in. And so back from the US scurry Richard and Meghan, anxious to avoid their peace mission being seen as an abject failure.

I’m old enough to remember a cartoon of former US president Jimmy Carter returning from Arab-Israeli peace talks after clinching a last minute deal – so last minute that the dignitaries waiting to congratulate him as he stepped off the plane were hastily hiding “You boobed again, Carter!” placards behind their backs.

Google suggests that was circa 1979 – and do we have peace in the Middle East a quarter of a century later? Maybe Richard Haass is no student of history, but you would think he would be a student of the blindingly obvious – did he really ask the parties to come up with a common flag? That sounds more like an item from the Alliance Party Christmas Wish List for Santa than the suggestion of the seasoned politician. OK, maybe he was asked to think outside the box, but that idea suggests he and those who briefed him had no grasp of where we really are.

We may have some measure of agreement on how we are governed (although increasingly less), but it doesn’t offer great promise of sustainability. One side signed up to the deal because place was still British and they were a shoe-in for the First Minister position and the Finance Ministry; the other side signed up because it was the best they could hope for at the time, and they knew that their day would come. Whether the so-called “Piece Process” (give all major combatants a large enough piece of the subsidy cake from Her Majesty’s Treasury in return for being more discrete about their hostilities) survives the turn of the tide when Unionism no longer holds the keys to the safe remains to be seen. Even if Haass saves face with an injury-time winner, there are bigger issues waiting down the line.

The verbal and body language as he returned from his impoverished Christmas break suggested he has realised that he has been dealt a losing hand. Progress on flegs is so fraught because it goes to the root of our difficulty – identity. The human instinct for self-preservation is our most primitive driving force, and its power extends to our identity. Mess with it at your peril (those who orchestrated the fleg protests understood this only too well). This is compounded when identity is also partly defined by what and who you are not. If you enjoy the satisfaction, self-worth and security of a professional career, integrating poses little threat, but without those indulgences any step towards integration is also a step towards loss of identity, and becomes a threat to your very existence.

The Good Friday Agreement got to the root of the solution – accommodation of identity – but there are still well-intentioned do-gooders who think we can and should forget all our differences and become one big happy family. Everyone is entitled to spin their own position, but to hear the only hope of peaceful coexistence for the foreseeable future in this jurisdiction – the accommodation of diversity – re-spun as “the cost of division” makes me fear for the progress made so far. Not so long ago we were bombing and shooting each other because we perceived one another to be a threat to our identity and our aspirations. Under the Good Friday Agreement, no-one had to surrender their identity or aspirations – what changed was that the “other side’s” identity and aspirations were respected too. This, in my view, is the only hope and basis for a sustainable future here. History has not been kind to us, and we aren’t going to enjoy a “normal” political dispensation any time soon. I’m beginning to wonder are those who want to force the pace of integration becoming more of a hindrance than a help; if sharing costs cash instead of lives, it gets my vote.