You are at:Home»News & Current Affairs»Opinion»“We are at our lowest ebb in the peace process” – by Professor John Brewer
Social share: 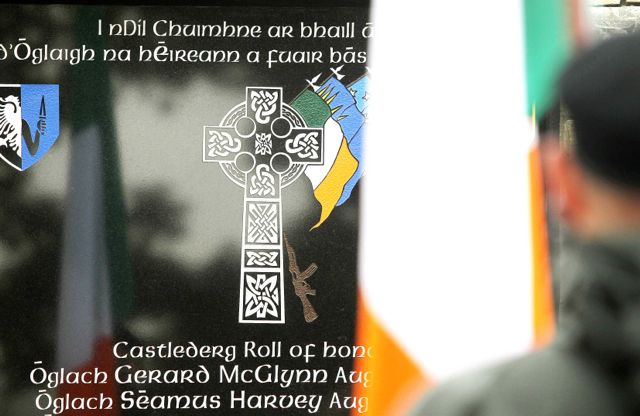 It is frequently said that peace can only be achieved by dealing with the past. But what is the past?

The past is a slippery thing. There is the actual past of real events. There is the remembered past, the events we selectively recall through normal processes of forgetting and misremembering. There is also the social past, which comprises the selective remembrances of the family, group and culture, used as part of the social bond that unites them. There is also the political past, the way in which selective remembrances get used politically, making the past a political project, such as in nation building or peacebuilding.

In Northern Ireland ‘the past’ – and, of course, ‘truth’ as the way to recover the past – have been made into panaceas. But which past?

The actual past disappears as soon as it happens, to be turned immediately into remembered past, as we selectively store events in our memory. This remembered past becomes cultural when it is used to define group boundaries and the actual past is misremembered but made to feel as if it is real simply by the fact that it is commonly believed to be true. The political past could be a source of healing when we look for joint remembrances, of events shared and unifying, but it can be a weapon when it is used to bludgeon opponents and to stymie healing and progress.

We have selective remembrances used as political weapons, groups misremembering the actual past because it is group mythology, and some politicians using the past tactically to deconstruct the peace process. Discussions of the past are therefore replete with the old politics of whataboutery.  I want to focus on a wider moral threat.

The moral landscape of the ordinary decent silent majority is shifting as a result of the way the past is used and talked about. This risks us being unable to re-envision the moral framework for peace. This moral re-dedication is vital because the peace process has become bogged down in bickering and bellicosity and its hopes left sunken in the morass of bitterness.

Let me give some examples of moral risk.

Nor is it just collusion. What are the moral risks when we see politicians almost jostling each other to be ahead photographed on platforms behind protesters who nightly justify breaches of the rule of law?

What realignment occurs in our moral landscape when we see groups use their right to remember in ways that are insensitive, as if rights to remember do not come also with obligations? Everyone does it: don’t just think of the Ardoyne, think of Castlederg, Thomas Begley.

This shift in the moral landscape is very worrying. We are at our lowest ebb in the peace process. It seems to be bouncing along at the bottom; recrimination triumphs over reconciliation. Politicians are unable or unwilling to make the moral case for peace.

The silent majority therefore need to reclaim the peace process from politicians who are failing it.  Peace needs to be morally re-envisioned so that we rededicate ourselves to the hope, progress and commitment shown at the time of the Good Friday Agreement and referendum. We need to recapture that hope – but the way the past is talked about prevents us from doing so.