You are at:Home»News & Current Affairs»Opinion»‘The late Eddie McGrady’s gifts ought to be used by today’s SDLP to reinvent itself’ argues Connal Parr
Social share: 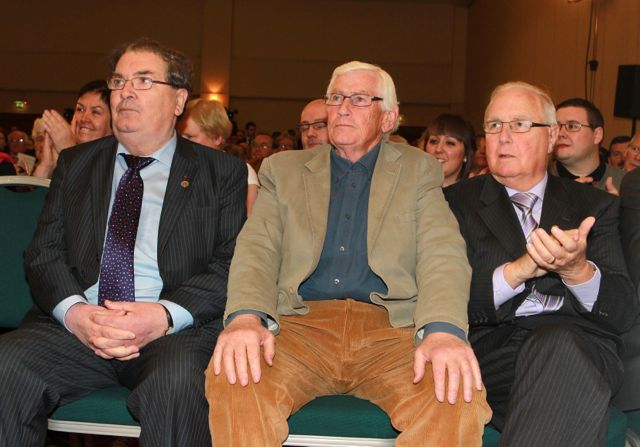 At a time when the SDLP doesn’t quite know what it is, the late Eddie McGrady should remind the party of what it once was and is capable of being again.

One of the party’s last real heavyweights, McGrady initially represented the National Democratic Party on Downpatrick council and became one of the SDLP’s first wave when the NDP dissolved and urged its members to join the new constitutionally nationalist – as well as nominally Labour – party in 1970. They knew he was seriously ill within the organization a fortnight ago because he had never missed the annual conference before.

As a chartered accountant McGrady embodied one of the classic SDLP profiles alongside doctor, solicitor and schoolteacher. Like many in the party he was not – as wrongly reported by the BBC – on the Left, something which did him no harm at all within the SDLP or Ulster politics generally.

Opposing the Labour wing of Gerry Fitt, Paddy Devlin and Ivan Cooper, McGrady was always closer to the nationalist mass of Austin Currie and above all John Hume.

He was the party’s first chairman and an important cog in the negotiations which led to the 1973 Sunningdale Agreement (though he was a firm supporter of the Council of Ireland which copper-fastened Loyalist opposition to the Executive and secured its demise).

McGrady’s own role was the essentially administrative Head of the Office of Planning and Coordination, a nebulously-defined position technically outside the Executive. In his short-lived duties he was assisted by the capable civil servant Maurice Hayes who remembered McGrady as ‘the best chairman I ever sat with for getting through an agenda in an orderly and methodical way, and in briefing himself for the business’.

Demoralized – like the entire SDLP – by the fall of Sunningdale, McGrady retreated to safer ‘greener’ pastures in calling for the British government to state an intention to withdraw in the weeks following the collapse of the Executive in June 1974 (he repeated this in his support for an identical motion at the party conference in 1977).

But part of his calmly-articulated achievement was in proving that you could be a nationalist and win the trust of your adversaries. Like Hume he learned not to force too much down the throat of Unionist leaders when it came to a repeat of the power-sharing experiment in 1998, and McGrady made an intriguing distinction between British politicians and their Ulster equivalent. He was willing to talk and work with the latter but could not countenance the apparent bungling of successive UK Secretaries of State and the various misdemeanours of the security forces.

In his finest hour McGrady defeated Enoch Powell in South Down at the fourth time of asking in the 1987 UK Westminster election. Parachuted into some genuine rivers of blood, Powell’s effect on Unionism was nothing short of disastrous, expressed through a myopic integrationist outlook which eschewed any possible devolved or internal settlement: direct rule alone.

Unionism began to grow in the years following Powell’s departure, the atmosphere ‘thick with bitter cries, as baffled thousands dream they are betrayed’ – John Hewitt’s framing of the 1985 Anglo-Irish Agreement – also beginning some kind of recovery.

With Seamus Mallon, McGrady was always wary of Hume’s discussions with Gerry Adams and Sinn Féin. ‘I am determined to prevent green fascists taking over this constituency and destroying it’, he said as late as March 2005 in an interview with Fortnight magazine.

In an assessment which anticipated recent times McGrady observed how ‘You can see, even now, little bits of agitation being triggered, designed to stir things’. One contrasts his vision with the SDLP’s Newry and Mourne councillors who – in an act of staggering stupidity, given the intimidation and physical attacks on SDLP members and their families in the early-1980s – voted at the end of last year to retain the naming of a children’s playground after Provisional IRA hunger striker Raymond McCreesh (who was found in possession of an ArmaLite rifle used in the 1976. 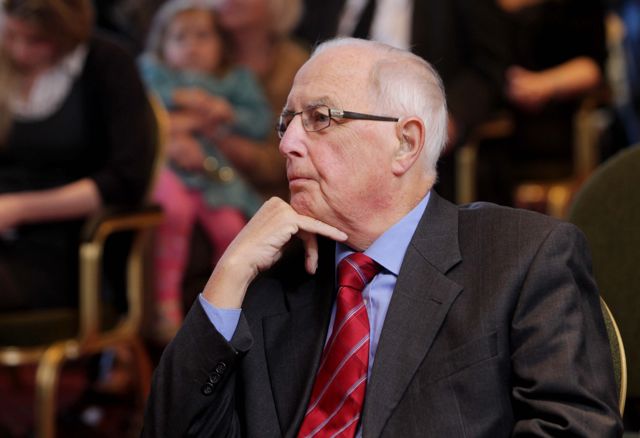 McGrady accurately foresaw that the Hume-Adams dialogue – even though it would lead ultimately to peace – would have dire ramifications for the SDLP’s future, with political clothes folded and neatly handed to the leadership of its bitter rivals. McGrady was adamant that talks with the Provisionals should cease if there was no demonstrable movement towards a termination of violence. ‘Many suffered greatly at their hands’ was all he needed to say. He served on the Policing Board and the tide of electoral losses to Sinn Féin in Belfast and other parts of the province was partially stemmed in Derry and McGrady’s own back yard. He went on to champion his parliamentary assistant Margaret Ritchie, who became the SDLP’s leader in 2010, though while she shared his decency she lacked his strange brew of clout and diplomacy.

Many have remarked since McGrady’s passing of how he commanded respect from across the political spectrum. The DUP’s Jim Wells joined Sinn Féin MLA for South Down Chris Hazzard in praising McGrady’s constituency record – barring a late expenses controversy – and plain personal geniality. Despite his withering critiques he recognized that Sinn Féin also had younger recruits and personnel who were sincere and free from the viciousness of the recent past.

McGrady wasn’t in any way flamboyant. He was shy and softly-spoken, but in his thoughtfulness and moderation he achieved after decades of strife the rare distinction in Northern Irish political life of winning the respect and admiration of opponents. Not only is this where many would argue his party should be moving, it is where the system as a whole should be heading.

Yet McGrady is gone and in his stead we suffer a legion of representatives who when not misremembering their own history are content to revive old disputes, failing spectacularly to rise to the example of the man from Downpatrick.

Connal Parr has completed a PhD on Protestant working class politics and culture at Queen's University Belfast. He serves on the board of the Etcetera theatre group and has published articles in the News Letter, Dublin Review of Books and the detail.