You are at:Home»News & Current Affairs»Sean Brennan argues for ‘Day of Atonement’ in addressing the past
Social share: 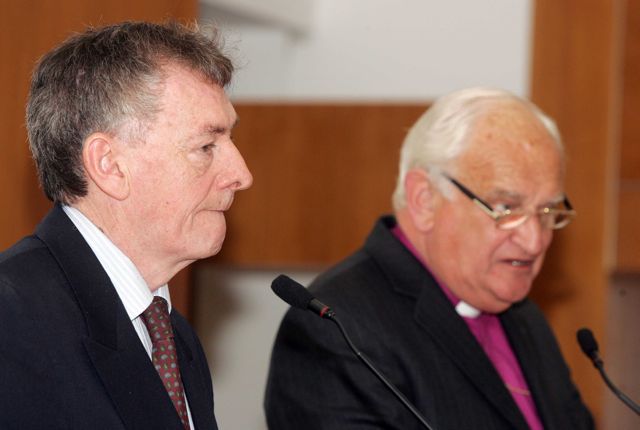 As the shock waves of the Attorney General’s remarks, on dealing with the past, resonate around the collective psyche it becomes ever clearer the road to peace is wracked with ruination for those tasked to use the past to make moral and ethical sense of the present.

While there is much to dispute in the Attorney General’s remarks, his timing, and lack of consultation, a searing truth has emerged that a de facto amnesty exists for the victors, their political elites and selected soldiers from all military and paramilitary formations who were actively involved in making victims of us all.

How people learn to live with this knowledge, in understanding that in all probability the leading victimizers and perpetrators will escape judicial accountability and many victims and survivors will have to live without restitution or resolution, is the problem that now needs everyone’s attention

To abjure from this reality only inflicts more pain, more anguish, more false hope, on the victims and survivors.

In all probability there is no solution to this problem and individuals, families, communities and governments, will have to accept this fact as well.

Yet within this conundrum a core challenge remains, of how we bind these factual wounds, of a wicked past that cannot be undone, to heal a painful present that shapes a peaceful future?

As the rule of law prohibits a general amnesty and the demands of survivors prevent serious discussions of one, the task we all now face is how can we construct a context in which the truth can emerge in a way that does not build false hope for the victims and survivors.

To all intents and purposes the route map prescribed by the UN, in its Agenda for Peace, to move a post-ceasefire society towards a post-conflict state has been corrupted by our political elites.

In the absence of this route map we now need new light to guide us all towards a more truthful and realizable post-conflict society.

How this society is led beyond the false hope of a limited truth commission is still un-decided, still clouded in confusion, still a far off dream that only our deep imagination can yet envisage to reach.

Until we can find a way to heal the hurt of our victims and survivors we somehow need to begin a conversation, where point scoring is held in contempt, to move beyond the banality of political elitism, and find a way to touch the hearts and souls of those most in need of healing and reconciliation.

Such a conversation may emerge from the creation of a Day of Atonement, where collective guilt can become transformed, transitioned and transacted, for a collective peace.

On such a day we can ruminate on how we learn to respect our victims truth, support our survivors needs and shape a society that constructively cradles our painful past within a pervasive peace – a peace where the poor, the marginalised, the disadvantaged and terrorized are treated with a sense of human dignity, a sense of human being, a sense of human worth, that justifies our willingness to forgive us our trespasses as we forgive those who trespass against us.

Pretending, or unconsciously believing, that we will find the perpetrator or punish the victimizer leads us all into a fool’s folly that will only re-legitimize the murderer’s mantra, of dulce et decorum est pro patria mori.

Rather than make ready the next generation to be full of the hatred we’d hope to shake off in 98, perhaps now is the time to think of new ways to comfort and cherish the victims and survivors, beyond the rule of law that has protected the perpetrators in high office and high command.

How this Day of Atonement shapes the present to resolve the past remains a secret known only unto the future.

However, if we begin to make this journey and engage in open and victim led conversations we can at least begin to move beyond the realpolitik of a de facto amnesty and start to build a new today, where victim makers and perpetrators are not our political elites but rather our political past.

To assist in this process both the British and Irish governments can help to construct an apology, for their failure to resolve our conflict, to ask forgiveness and offer support to people seeking peace and resolution from their pain.

Through this process of political reconciliation the victims and survivors might then begin to find a modicum of resolution, to find the strength to forgive yet not forget, in a way that leaves a lasting legacy to inspire future generations towards a pervasive peace rather than a perverse pain for revenge.

In creating a Day of Atonement we might then find the courage to delve into the past with a moral maturity that helps us clear the road to peace and rid us of the pain of the past.

To make this conversation happen more victims and survivors have to form their own political communities, to articulate their own needs and move beyond the machinations of political institutions, political parties, military and paramilitaries elites.

As the British government and the Irish government move towards greater rapprochement they can signal their own atonement and set the scene for a productive reconciliation process by supporting victims and survivors to find a truth that sets them free from the false hope currently on offer.

A Day of Atonement, and a reading of the names of the dead, identifying the organisation that killed them, may commence the process towards finding a reconciliation that begins to heal us all.

For no other reason, we owe our victims and survivors a day to be heard, a day to be cherished, a day to set their darkness echoing with our love, compassion and understanding, a day to use peace to make moral and ethical sense of the present.

Social share:
amnesty Attorney General John Larkin past
Previous Article‘The late Eddie McGrady’s gifts ought to be used by today’s SDLP to reinvent itself’ argues Connal Parr
Next Article Has Attorney General’s plan for dealing with the past come too soon? – asks Professor John Brewer