You are at:Home»News & Current Affairs»Has Attorney General’s plan for dealing with the past come too soon? – asks Professor John Brewer
Social share: 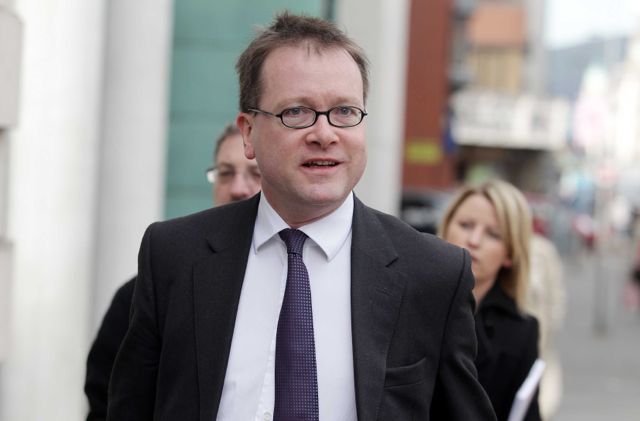 Discussions of the past in Northern Ireland are more than they seem for they are really about the morality of the conflict itself, so that the term ‘victim’ is as much a moral and political category as a legal or technical one. This is why debate about the past – and victim issues generally – invoke so much emotion.

The Attorney General’s intervention in the debate has met with an emotional response precisely because it has been understood within the moral framework through which people make sense of the conflict and its victims.

Emotion is understandable but it is not always helpful.

The economist Joan Robinson once said that if you cannot find an answer to your question, you are asking the wrong question. The question of how to deal with the past may well qualify for rethinking because I think it is unanswerable.

Of course, I am an academic rather than a politician or practitioner, but I lost my father when I was two, which seems only yesterday because the day is kept vivid in my memory all these years later. The reworded questions that I ask myself are therefore deeply personal but they reflect the analyst’s perspective. This is slightly different from the way most people are approaching the question of how to deal with the past. I ask myself:

Is justice deliverable? This is in the light of the low number of convictions up to this point on old evidence and historic cases.

Is truth deliverable? This is in the light of the very many enquiries and reports we have so far had that have ended being disbelieved by families and relatives because they did not report what they already believed to be true.

Who gains from the myth that truth and justice are deliverable? This is in the light of the lawyers who benefit from large legal fees, politicians who use victims as footballs, and celebrity victims support groups who would be without a raison d’étre.

Are victims being lied to and deceived? It is implied that victims are being deceived by those with something to hide, but are they also being deceived by politicians, lawyers and celebrity victim support groups in being told that justice and truth are deliverable when they’re not or only imperfectly so.

What about the poor old victim stuck in the middle gain? The BBC recently estimated that £190million could be spent on enquiries and reports in the next five years, which in the end would not deliver justice or truth, so could this be more usefully spent instead on better victim support services?

These questions are capable of answer, and I suggest instead of asking how to deal with the past, we might address ourselves to these.  But there are two more fundamental questions we need to ask ourselves as a society beginning to emerge out of conflict.  First, in five to ten years time, with hundreds of millions spent with little justice and little truth at the end, will John Larkin be looked back on as right after all? Was his question just five to ten years ahead of its time? So many initiatives in Northern Ireland have been revisited as society caught up with them years later. Is this another one?

Secondly, if not truth and justice, what is deliverable for victims? The politicians should not be answering that question, nor the academics, lawyers and other victim spokespeople, but ordinary victims themselves. Too many people are speaking on their behalf – it’s time we heard from them directly.

Social share:
John Larkin Northern Ireland Professor John Brewer
Previous ArticleSean Brennan argues for ‘Day of Atonement’ in addressing the past
Next Article The Dissidents are not going to go away – They will grow in number – Alex. Kane predicts