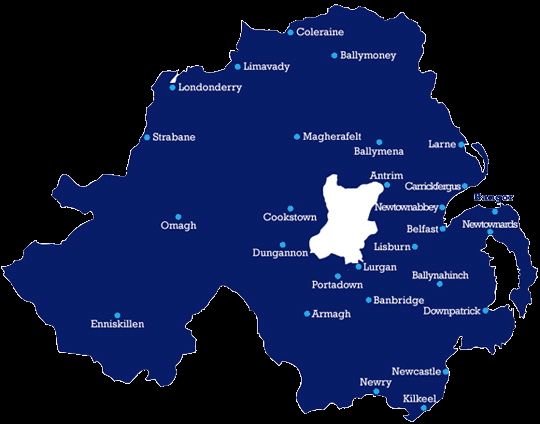 And yet, despite this success when compared to the key determinants of post-conflict peacebuilding, the process is beginning to develop an almost oxymoronic hue.

Such oxymorons are most evident in reading Danny Morrison’s curious analysis of Tony Novosel’s critique on working class Protestants where Mr. Morrison claims he supports Sinn Fein because it is attempting to ‘distribute wealth on a more equitable basis’.

In exploring some of the key statistics and research on NI it may be possible to explain how Mr. Morrison’s comments are not only curious but questionable as they appear to run contrary to the quiet desperation now growing in many working class areas and particularly within the former political ex-prisoner community, of which he is a member.

By briefly exploring key research it may also be possible to demonstrate that rather than criticizing the PUP, Mr. Morrison should be advocating a partnership with them rather than the DUP, who are the instigators of the current ‘flags dispute’ and the original dissidents opposing the Belfast Good Friday Agreement.

From this discourse people may better understand how Sinn Fein appear to have become imprisoned within a ‘teach mor’ republicanism, which now sits more comfortably with the ‘big house’ unionists they currently share power with: and why Sinn Fein needs to discover a progressive republicanism more suited to a reconciling and post-conflict society.

In direct contrast to Mr. Morrison’s claims, exploring findings from the Community Relations Council’s 2013 Peace Monitoring Report it is possible to believe that Seamus Mallon and David Trimble may have been speaking truth to power in their observations that ‘the current administration was not delivering very much apart from its existence’ and that ‘the DUP and Sinn Féin were lacking in political leadership’.

The 2013 Peace Monitoring Report identified that NI now tops the UK league table for the ‘proportion of income derived from benefits’ and that 22% of Catholics lived in households experiencing poverty compared to 17% Protestants.

The Report showed that 355,000 people, 20% of the NI population, were living in relative poverty. Also, sixteen of the top 20 most deprived wards are Catholic and that youth unemployment is on the rise with 15% of Protestants in the 18-24 year-old age group and 20% of Catholics in the same category.

From a different data source, the Victim’s Commissioner, Kathryn Stone, recently observed that victims are ‘being made to feel like beggars’ in their attempts to find support services to aid their recovery. Again, this independent evidence tends to undermine any claim that wealth is now being distributed more equitably.

In addition, research from NICVA, identifying that £750m a year will be removed from the NI economy as a direct result of welfare reforms, also tends to contradict claims that Sinn Fein, which runs OFMDFM, is attempting to ‘distribute wealth on a more equitable basis’, unless redistribution is from the poor to the rich.

One area where inequality and a lack of re-distributed wealth can be seen most evidently is in how the political ex-prisoner community has faired since 2007. Research on political ex-prisoners, undertaken by Prof. Pete Shirlow for the Community Foundation NI in 2010, found that:

‘Over a third of respondents (39.9%) had GHQ-12 scores indicating the presence of clinically significant mental health problems, 32.6 % had received prescription medication for depression in the last year and 22.6% said that since release from prison there had been times when they had not wanted to go on living. Over half reported symptoms characteristic of post-traumatic stress disorder. Standardised screening measures for alcohol problems indicated that 68.8% of respondents engaged in levels of drinking that were hazardous, and 53.3% met the threshold for alcohol dependence’.

Research findings cautioned that as many political ex-prisoners begin to reach pension age increasing challenges would arise in how society finds the resources to cope with their growing demand for primary health care and social support.

Such poor health outcomes are not restricted solely to political ex-prisoners but also indicative of the wider ex-combatant community including former UK Armed Forces personnel, RUC, UDR and Prison Officers.

It is not too difficult to articulate or conceptualize how social support will diminish further over the next few years as the Sinn Fein/DUP Welfare Reforms kick in and the DHSSPS struggles to cope with the consequences of caring for victims and survivors of our conflict.

From such a brief statistical analysis it is also not too difficult to understand why Mr. Morrison’s claims that Sinn Fein are attempting to distribute wealth on a more equitable basis are both curious and questionable.

The other curious claim in Mr. Morrison’s article is that Sinn Fein ‘has gone out of its way to meet half-way unionist sensibilities’. This claim seems to be at odds with the President of Sinn Fein who avers that opposition to unionist culture and the ending of parades in Portadown and the Ormeau Road did not happen by accident but was the work of republican activists.

Therefore, if, as Mr. Morrison claims, Sinn Fein is progressive, it would make more sense and be more credible for them to begin working with the PUP, to resolve cultural conflicts rather than demonizing loyalists much as the British media demonized republicans.

Working constructively with the PUP might then develop a more radical and enduring solution to the current parades dispute and growing inequalities in health and poverty.

Also, in following their own advice, Sinn Fein could provide the leadership to move their Concerned Residents Groups 150 meters back from contentious routes, to show a more creative way of registering opposition to unionist culture.

As most opinion polls show that a United Ireland is some way off, working with the PUP and other unionist groups in such a progressive and constructive fashion might then just help persuade more unionists they have nothing to fear in an all-island economy.

Mr. Morrison could also listen to the speeches from the PUP conference and take guidance and leadership from Dr. John Kyle and Mr. Billy Hutchinson on how Sinn Fein and the PUP can begin working more collaboratively to help working class communities, and the 355,000 people living in relative poverty, to find the peace dividend they so richly deserve.

This approach would also demonstrate that Sinn Fein was prepared to work with the working class rather than demonize and marginalize them, in interface cantons, simply for electoral and peacebuilding exploitation.

So how could Mr. Morrison and Sinn Fein move forward with the PUP to attain the equitable redistribution of wealth?

Ironically, and at the height of adding to the oxymoronic hue, Tony Novosel’s critique of the Protestant Working Class offers some valuable insights on what Sinn Fein needs to do in order to develop a more constructive and egalitarian peace dividend that seeks to meet the basic human needs of a post conflict society.

As Novosel notes, within the current peace process, the challenges facing the Protestant Working Class makes it unclear whether they will choose a progressive or a regressive approach to tackling the inequalities and oxymoronic politics of our peace process.

Likewise for the Catholic Working Class, it is unclear whether they too will choose a progressive approach or retain a regressive sectarian model of ‘teach mor’ republicanism, to mirror image and triumph over those working class loyalists they currently attempt to demonize.

To set a context for a progressive way forward everyone in NI would do well to follow the eloquent and seer-like advice from Brian Rowan on how we remember the past.

Then, to begin to address the growing inequalities in our peace process and learn from Novosel’s observations, Sinn Fein and the PUP could move beyond the sectarian politics of the past and see the working class as one distinct marginalised and disadvantaged group.

Also, the UK and Irish governments, the international community and civil society, could use the Haas Initiative as a mechanism to construct a comprehensive framework that supports progressive peacebuilding for working class communities.

This unified approach could then transform our protracted conflict through an integrated perspective for short-and long-term conflict transformation that meets the basic human needs of all working class communities.

This framework could also establish an infrastructure for peace that is not managed nor shared out on a ‘big house/teach mor’ political elite basis.

This building of an effective and efficient inclusive working class peace constituency could then help local residents, political institutions and local peacebuilders, evade the gatekeeping of paramilitary peacebuilding, to deliver more meaningful change in socioeconomic conditions affecting those most in need.

Such approaches have the potential to move beyond the sectarian nepotism now prevailing and provide employment, health, social well-being and support services to all those working class communities most in need.

Given the challenges facing the implementation of an integrated framework for post-conflict peacebuilding, the development of such a progressive peace will not be easy as our current sectarian political elites have too much invested to quit.

Indeed, anyone studying the complexities of NI will readily understand that all attempts to move beyond sectarian politics and deal with class-based socio-economic issues will be trumped by a flag, of whatever hue.

So it is of vital importance that Sinn Fein and the PUP begin conversations and dialogue on how they can begin to work more constructively to undermine the sectarian political elites, and relative poverty of 355,000 people, much as the PUP and UDP undermined the DUP in 1998.

How Sinn Fein, the PUP, the UK and Irish governments and Haas Initiative, respond to the oxymorons of our peace process and refute ill-informed analysis, such as that provided by Danny Morrison, may well decide, as Novosel opines, the course of unionist and nationalist politics as well as the future of Northern Ireland itself.

As there will be no United Ireland any time soon, rather than criticizing the PUP, Mr. Morrison and Sinn Fein should be advocating the building of mutual relations with the PUP to eradicate sectarianism and poverty within a post-conflict society.

The development of such a partnership could then begin to lift 355,000 people out of sectarian interface cantons and relative poverty. It could also contribute to helping the unionist community believe they have nothing to fear in a united island.

With this redistribution of wealth, the working class could then begin to feel the benefit.

Social share:
Previous Article“We are at our lowest ebb in the peace process” – by Professor John Brewer
Next Article Why I wear a poppy – by Alex. Kane