You are at:Home»News & Current Affairs»Who is going to blink on the Hill – McGuinness or Robinson?
Social share: 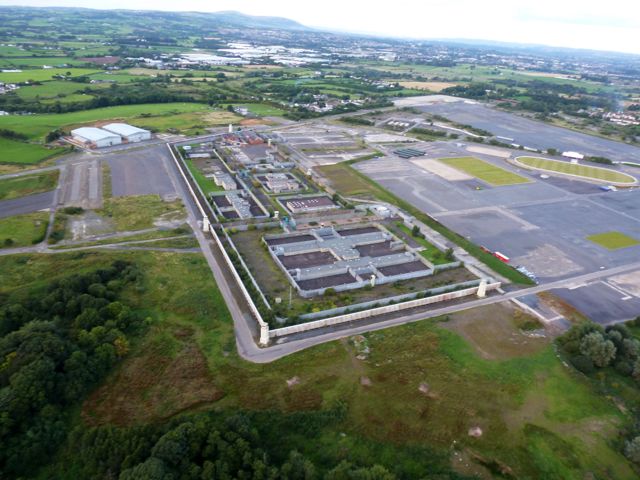 A month ago on this website we described the potential fallout from Peter Robinson’s letter from America – his pages and sentences describing his decision to shelve the Maze/Long Kesh Peace Centre.

We described the wider implications of that U-turn, writing the following: “In the stalemate the whole MLK development is in danger, not just the peace centre, but every brick.”

That article was published on this website eamonnmallie.com on August 29.

Now as September turns into October we have confirmation of that analysis – spoken in the words of the deputy First Minister Martin McGuinness in the Assembly yesterday.

“The decision to withdraw support to build the Peace Building/Conflict Resolution Centre as agreed has now jeopardised the future of the site as a whole,” he said.

“The anticipated development of the site can only proceed on the basis of the honouring of the commitments that have been made,” he added.

This is about much more than the Maze development.

It is a public commentary that takes us out of the political spin and into the truth of how serious things are behind the scenes at Stormont.

The message is simple – that either things are done jointly or they are not done at all.

At the core of this standoff – described some days ago by Gerry Kelly as a “crisis” – is the principle of partnership or power sharing government.

On his twitter account yesterday the editor of this website Eamonn Mallie wrote the following: “So there’s no crisis in OFMDFM? When will Theresa Villiers, David Cameron and Mike Nesbitt realise there is a crisis? America and Dublin know.”

Irish Foreign Minister Eamon Gilmore is known to have become extremely exercised about what is now commonly referred to as ‘the toxicity’ enveloping the relationship between Mr Robinson and Mr McGuinness.

Barbara Stephenson who is Barack Obama’s representative in the US embassy in London has travelled to Belfast to inform herself of the deteriorating political environment. There is a genuine fear in the Oval Office and in Dublin that the political process here could unravel.

One of the victims of the current political crisis could be Secretary of State Theresa Villiers, deemed to be cocooned by her senior Northern Ireland Office civil servant advisors in Hillsborough Castle.

The Secretary of State’s alleged sense of disconnectedness from the communities, especially the loyalist community is the talk of Stormont corridors. It is being claimed her advisors have become primarily preoccupied with high wire PR events such as The Queen’s visit to Northern Ireland and the high profile G8 Summit earlier this year.

The bankruptcy of claims by David Cameron and Theresa Villiers that there is no crisis in the office of OFMDFM proved bogus when the Deputy First Minister rose to address the Assembly yesterday.

What we are now witnessing is Sinn Fein asking itself – has Peter Robinson any longer the capacity to deliver on his pledges and commitments on the back of his U turn on the Maze Long Kesh Peace Centre?

It was Alex Kane the high profile commentator who watched at close quarters the withering of the fortunes of the Ulster Unionist party who suggested Peter Robinson could by facing into ‘Trimble land.’

The political process is on trial but where do Republicans go if they choose to press the nuclear button on the process? No one knows.

Martin McGuinness has been undermined in the eyes of nationalists by Peter Robinson’s welching on his Programme for Government commitment to the MLK Peace Centre. What we are now witnessing is Mr McGuinness reasserting himself.

Peter Robinson was warned by one ‘wise head’ that Sinn Fein would make him pay a heavy price for what one Republican called his ‘letter bomb from Florida.’

Some may call it a crisis and others may use a different description.

Read between the McGuinness lines yesterday and what you find is a blunt statement.

He is setting out the rules – power-sharing is not about solo runs but joint commitments and agreements.

Social share:
Gerry Kelly Martin McGuinness Maze/Long Kesh Peace Centre Peter Robinson U-turn
Previous Article“Shouting loudest is not politics” – by Terry Wright
Next Article “I hope I am wrong but I suspect that the Assembly could collapse” – by Danny Morrison