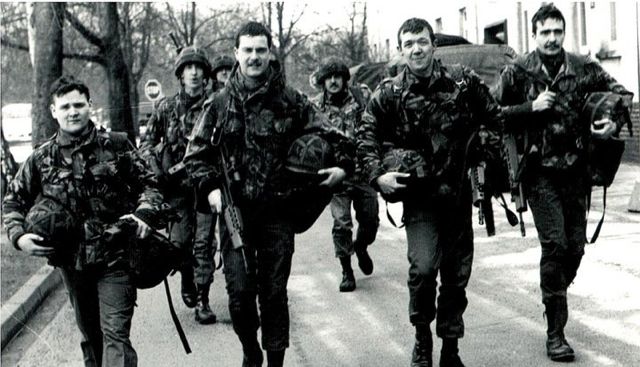 I was born in 1967 and raised in West Belfast growing up 100 meters from what became known as the peace-line: that physical barrier that segregated the people of West Belfast on geo-political-sectarian lines due to the conflict that erupted here in 1969.

When I was sixteen I joined the British Army and went on to see Operational Service in Lebanon, here in Ireland as well as in Gulf War 1 and in Bosnia.

Very often I served with our USA allies on NATO missions, and I am a proud honorary member of the 101st Airborne having completed training at the US Air Assault School Fort Campbell Kentucky in 1987.

Post military I entered local politics and was a member of the Ulster Unionist Party’s wide team in the negotiations that delivered the Good Friday Agreement (sometimes called the Belfast Agreement).

The Agreement levelled the playing field opening any political aspiration for consideration through peaceful and non-violent pursuit, based on the principle of consent.

The Agreement dawned a new political era on the Island of Ireland granting progressive people the opportunity to work together in partnership for the good of society.

Then as now I remain an unapologetic peace processor.

In 1998 my then wife contracted terminal cancer and I withdrew from public life focusing on family as well as my small Road Transport and Shipping business which, through acquisition and merger, evolved to see me become an international business man primarily engaged with the Natural Stone Quarry sector promoting global ethical trade.

Given that my grandfather was an old Northern Ireland Labour man as well as a shop steward in McGladdery Brick works, I’ve no doubt he would be proud of the work I now do with Trade Unions and Non Government Organisations to roll out the Ethical Trading Initiative based on code principles to improve conditions for workers in supply chains within India and China who are manufacturing goods or materials for the Irish and British consumer market.

In 2011, I returned home from prolonged travels and with time on my hands to survey the local scene more. I became frustrated at the failure to deliver meaningful political projects or social welfare change to society here. 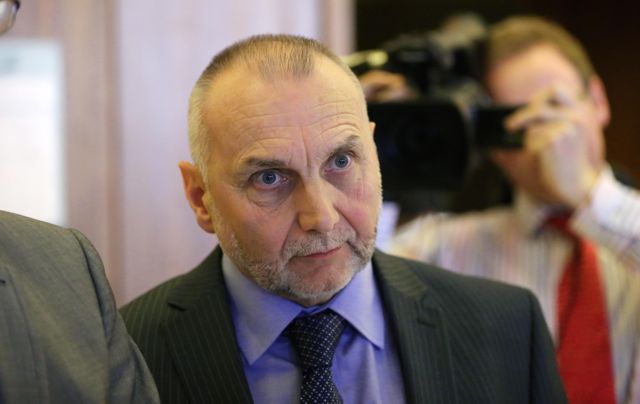 Many years ago Sean Murray (Spike) and I wore different uniforms and we held competing views. We each believed in purist absolute agendas that denied the rights of the other and no doubt 30 years ago worshipping at the high altar of violence we would have done harm to the other… BUT … that was then and this is now.

Today, we share our humanity and the common goal that despite our past we are peace-architects coming together to co-operate on the delivery of a positive future.

There are probably 250 meters as the crow flies between Sean’s old house on Kashmir Road and my old house on Ainsworth Drive. That peace barrier remains in place but we have been able to forge an alliance that has expanded to include other business people, political activists, victim groups, faith representatives and other former combatants working in partnership to improve conditions in society throughout Ireland in both jurisdictions.

Our vision is of a society where all people are reconciled to accept diversity and can live, work and feel free from exploitation or sectarian discrimination in conditions of equality, freedom, security & equity.

Now, none of us believe, that will be easy.

The legacy of suffering endured here is huge: Some cannot accept the new political era and long for days of yore when faith based supremacy reigned.

Many were killed, maimed or injured by the competing sides to the conflict and a minority of those people simply cannot move from the trauma of their injuries or their loss: some harbour vendettas of revenge or petty political point scoring.

Some here cannot accept democracy and the reality that if a person has a past it should not stop him/her having a political or community future.

Some detest the sectarian nature of one-upmanship politics and have become apathetic refusing to engage in democratic processes or political debate.

Some believe peace is made in self righteously talking to their own or at themselves in mirrors. They refuse to acknowledge that peace and evolution comes from eradicating ignorance through engagement with former foes.

Therefore leading by example, we will support any body, group or individual willing to tackle and reconcile the different narratives to our shared past which will bring about an end to inherent sectarianism.

Through busting myths, rising above propaganda and by embracing a mindset of peace we will create a new cooperation as architects for the future, and never let the suffering of the past consume us. We will:

> provide lectures and resources to help others reconcile diversity.

> break down myth or propaganda by analyzing historical or statistical facts.

The choices here are relatively simple: progressive society can work with us creating a shared, united, interdependent community respectful of diversity which can benefit everyone on this Island or we can let the dissidents of Loyalism AND Republicanism take us back to another conflict that no doubt will ultimately conclude with peace. There is no sitting on the fence. The days of self-righteous condemnation and yelling, shouting or threatening violence to people different to yourself are gone. With eyes firmly on the horizon the future is peace, stability, equality and respect.