You are at:Home»News & Current Affairs»Loyalists Against Democracy – Unveiling and Assailing Sectarianism
Social share: 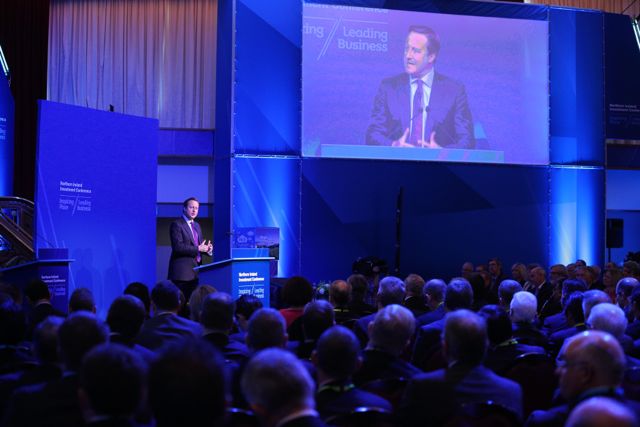 Northern Ireland is simultaneously one of the most progressive and regressive places in the world. Yet political representation is almost singularly regressive.

For young people it’s a post-conflict world about jobs, a future and the economy. For politicians it’s about the past, parading and flags, stupid. Between the two worlds there is a total asymmetry of vision. The cowardice of unionist politicians in the face of radical loyalists is particularly contemptible.

The agenda absolutely should be about jobs and the economy. As American foreign policy strategist Nancy Soderberg said, “They should [Northern Ireland] be having a normal life, getting jobs, investing.”

Yet no opposition is given to the “incontinent and leaderless mess”. The Northern Ireland reticence and expertly civil tongue just shuts-up and puts-up.

However, something very special is starting to happen. A voice of opposition is starting to speak for the normal person and against street fighting loyalists, hard line republicans and sectarian politicians. As Deirdre Heenan said “The opposition is appearing through social media.”

At the centre of this shift is Loyalists Against Democracy (@LADFLEG) (LAD blog here). They say what many are thinking and too scared to say. A parody group committed to unveiling and assailing sectarians on social media. The closest thing Northern Ireland has to Tahrir Square or Gezi Park, where in Egypt and Turkey young, educated, middle-class Muslims stood against autocratic Muslim leaders who attempted to impose a way of life alien to the 21st century world in which they were living.

Alex Kane recently said on this site that “those who really do believe that it’s better than it used to be need to bring the battle to the media, civic society, non-voters and to the very heart of what passes for government here” – LAD answers that call.

Now Northern Ireland has its place in the global youth protest movement, in what Václav Havel once called “the power of the powerless” but now, thanks to social media, can be called the “frustration of the empowered.”

On the parody group I have three observations I want to make.

Firstly, the power of LAD cannot be underestimated. By folding their arms, holding up a mirror and throwing a knowing smile they are starting to undermine the edifice of sectarianism and dysfunction. The growing movement is entirely non-fanatical, non-violent; they brandish not a sword but a digital quiver tipped with irony, humour and satire.

Opponents say the group is unduly harsh towards loyalism, but anyone who knows the group that they are an equal opportunities satirist. They do not discriminate on grounds of religion or politics. They are a watchdog for all sectarians.

Secondly, history tells us that parody and satire have a great power to shape events and drive change.

Charles Dickens assailed the evils of Victorian industrialism with his beautiful, ferocious quill.

The British fought Hitlerism with humour.

It’s a shared knowledge that Ian Knox’s portrayal of loyalists as know-nothing, muscle-bound skinheads hit them harder than any political analysis or community engagement project.

The playwright Václav Havel and other ambitious young men and women in Czechoslovakia created a civic initiative of peaceful protest under the banner of Charter 77 and the Civic Forum which brought down the communist regime in Czechoslovakia through the use of arts, theatre, culture, poetry and prose.

W.H Auden’s poem August 1968 painted both a picture of life under the communist regime and of the know-nothing mindlessness of the overlords:

The Ogre does what ogres can,
Deeds quite impossible for Man,
But one prize is beyond his reach:
The Ogre cannot master speech.

About a subjugated plain,
Among it’s desperate and slain,
The Ogre stalks with hands on hips,
While drivel gushes from his lips.

LAD has depth and doesn’t just go for the lowest hanging sectarian fruit but can reach right up into the most nefarious branches of the wretched tree of sectarianism. In many ways, LAD is emerging as Northern Ireland’s Charter 77 and Civic Forum whose enemy now the tyranny of sectarianism.

Thirdly, LAD needs your help. In the Sunday Times Newton Emerson called the group “the online sensation of the year.” However, the minority of dysfunctional loyalists who LAD are working to discredit are committed to shutting down the whole enterprise on Facebook.

They who are demanding civil and religious liberties on a bogus equivalency are making a concerted effort to censor and deny the right of others to free expression – a sinister and cynical drive to shut-down and crush the only sane voice of dissent. Just as they bully, intimidate and menace people on the streets, they are now doing it online. They do this all because they say they are offended.

This is a deception. The law offers no protection from being offended. Noisy, raucous and robust communications are at the foundation of an open society. For too many years people of Northern Ireland have been offended by their behaviour and said nothing. Now social media has empowered the young, the creative and the ambitious and we’re starting to see the emergence of a sane voice of opposition. That voice and their freedom to express opinion needs to be protected.

Contrary to loyalist opinion there is no branch of ethics known as loyalist exceptionalism. They do not have a special right not to be offended and they are not immune from criticism.

LAD has finally stood up to Northern Ireland’s drunk and disorderly uncle who is willing and ready to ruin and beggar us and have said what everyone has long been thinking. Those who LAD is working to unveil are trying to take away what is most precious to you, your peace, prosperity and your future; and now they are trying to take away your voice of opposition. If unionist politicians won’t speak against bullying thugs, LAD will. Now LAD needs your support.

Social share:
Alex.Kane LAD Loyalists Against Democracy Newton Emerson Northern Ireland
Previous ArticleWhere do we go from here?
Next Article Danny Morrison is back – pontificating – this time from a foreign shore