You are at:Home»News & Current Affairs»Opinion»Danny Morrison is back – pontificating – this time from a foreign shore
Social share: 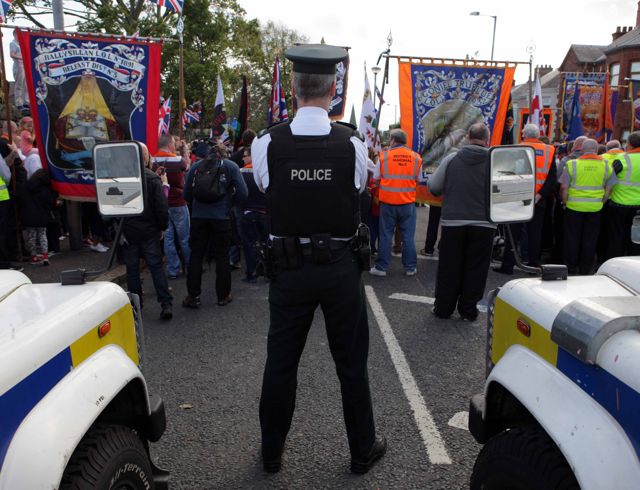 Tony Novosel’s excellent and substantial analysis, ‘Where Do We Go From Here’ should be read and considered by both loyalists and republicans.

My own view is that the flag and Twaddel protests will damage and are damaging the loyalist cause. A failed protest will increase the sense of alienation and demoralisation and will lead to a descent into further sectarianism and reaction. No one states ‘the flag still flies, and we still march.’ Instead the necessary readjustments which come as part of compromise are singled out and distorted as a fictional cultural war.

I was very angry when Billy Hutchinson and loyalist graffiti artists in 1994 depicted the ceasefire as “the IRA surrenders.” I don’t know at what that provocation was aimed and was hoped to be achieved? I was in jail and some comrades (a tiny minority) fell for the bait. Some of them also became political dissidents and are now anti-Sinn Fein. I encouraged patience. Isn’t it ironical that some loyalists who made that boast back then about an IRA surrender now complain that they have been betrayed, deceived and sold short by an Agreement the PUP supported?

David Trimble also failed to understand republicans when he claimed that Sinn Fein had “an exit strategy” re the Agreement and the institutions, when, in fact, it was the exact opposite. (He was, of course, being advised by a republican ‘expert’ – Sean O’Callaghan.) 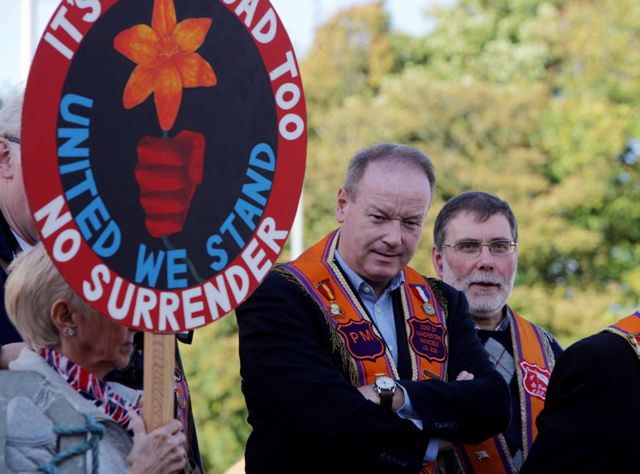 Loyalists, and indeed mainstream unionists, have a penchant for these types of provocative statements. “Sinn Fein is implementing British rule in the North. Ha. Ha. Ha.” “Is this what Bobby Sands and the hunger strikers died for! Ha. Ha. Ha?”

To both questions the answer is No.

I support Sinn Fein because it is trying to administer power and distribute wealth on a more equitable basis: because of its world view: because it is progressive. Despite the opposite being promulgated, it has gone out of its way to meet half-way unionist sensibilities. Tolerating the ‘Union’ and taking seats in a building where a one-party government repressed my community for fifty years is done so for the sake of peace. It is done so because I have faith in potential future reconciliation and radical changes, including constitutional changes that satisfy my aspirations, and which Sinn Fein as an all-Ireland party also best represents.

When a unionist once provoked me with the claim that I now accepted I was British I reacted emotionally (failing to take my own advice) in a way I regret, a throwback to cheap point-scoring. “Yes, you were going to… What was it? “Smash Sinn Fein/ IRA”. Well, the guerrillas fought and now they’re in government running the show! How do you like it? I sounded like Jim Allister.

The state In which I live is not the alien state in which I grew up.  I now have a stake in this small world. My political convictions and aspirations remain unchanged. There is no hidden agenda. There is no cultural war. The flag still flies. The Orange Order still marches. I tolerate the union out of respect for unionists and their sense of security, but  I am not and never will be a unionist. I am an Irish republican, a republican who appreciates the devastation a struggle I supported wrought on the unionist community.

I am writing this from Bali, Indonesia, where just four years before our conflict erupted in 1969, an estimated 80,000 people, 5 percent of Bali’s population, were killed in military-sanctioned communal violence. Across Indonesia the total number to die was close to 2 million. People cannot cope with what happened. Of course, there has since been constitutional reform and a return to civil rule, and people get on with their lives.

To one local journalist who inquired about “the great success” of our peace protest ( which is how, generally and simplistically, it is perceived) I explained to him about the flags issue, and how the Orangemen were permitted to parade past Ardoyne (with no protests from the residents) on the morning of the Twelfth, but were barred from doing the same that evening when their supporters would be tanked up on alcohol and abusive to the local residents. 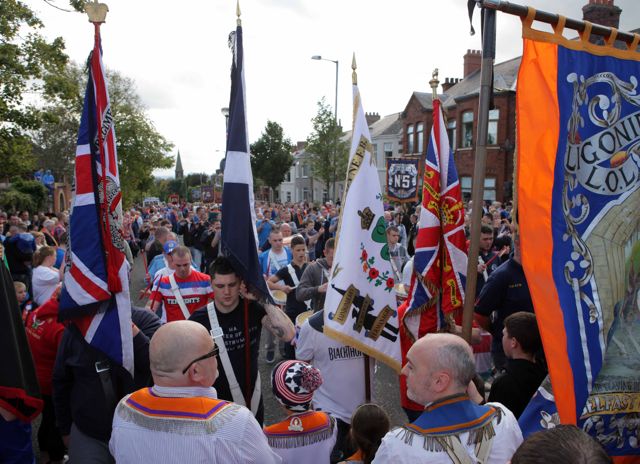 I wish Billy Hutchinson had been in the cafe with me. I failed to stop my friend Kadek from laughing. He shook his head and laughed some more, thinking I was joking.

Though, as we know, it is no joking matter to march an ‘army’ up to the top of a hill.